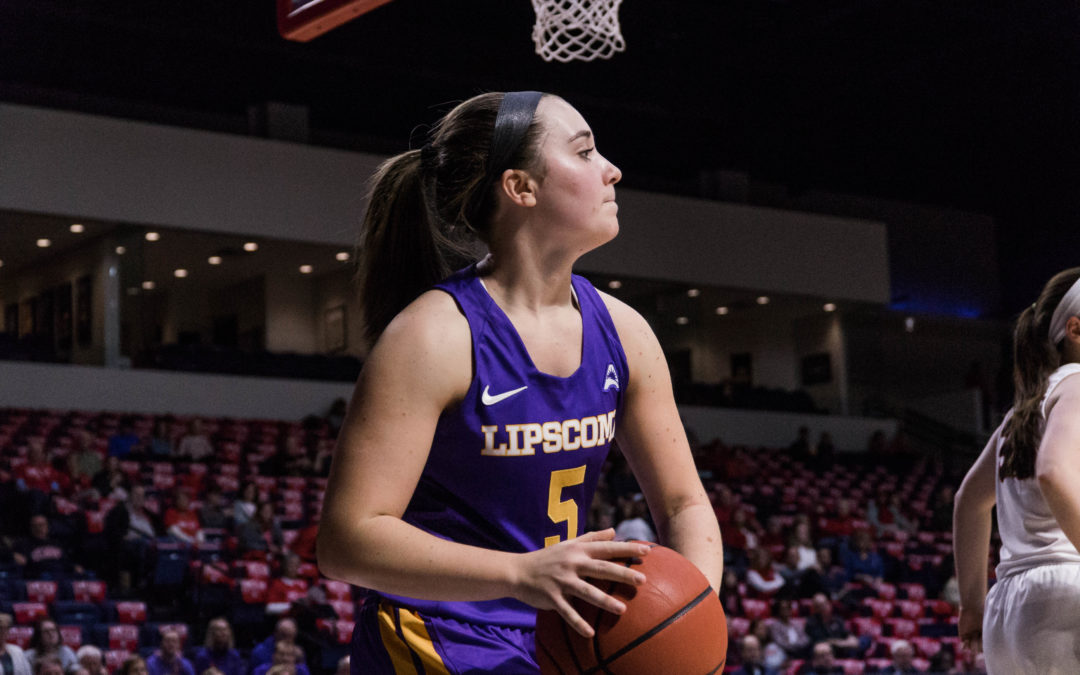 Arriving on the heels of one of the worst seasons in program history, new women’s basketball head coach Lauren Sumski is embracing the doubters as the motivation for her team.

“We were excited,” Sumski said.“I was fired up when they [the ASUN preseason poll] picked us ninth.”

This is just the response you would expect if you have spent any time with the young head coach. Her excitement, enthusiasm and can-do attitude are a breath of fresh air for a team that many times last season seemed defeated before they even took the court.

“Usually, all of those preseason rankings are just based off of the former season, and that’s exactly where we finished,” Sumski said. “We don’t make any qualms about it; we never have.”

But Sumski knows something that the poll voters do not: this is an entirely new team.

“We have a lot of returners who I think have stepped up and improved in different ways,” she said. “We have some transfers that I think are going to add to us tremendously. And I think we have some young kids who are really going to be able to step up and help us really early as well.”

One of those returners is junior guard Taylor Clark, who was voted as ASUN preseason player of the year. Clark, who missed parts of last season with injuries, was Lipscomb’s leading scorer last season and the only player who averaged double-digit points.

Adding to the Lady Bisons’ roster is former Kentucky guard and redshirt sophomore transfer Dorie Harrison, who played all 32 games for the Wildcats and averaged 6.7 points per game as a freshman before sitting out a season due to injury and moving back home to continue her playing career.

In total, six players will take the court for the first time for Lipscomb, including freshman guards Blythe Pearson, Jalyn Holcomb and Casey Collier; sophomore transfers guard Lindsey Whiteside and Harrison; and junior transfer guard Sydney Shelton, who had to sit out last season due to NCAA transfer rules. These promising six join the nine returners, rounding out the Bisons’ roster.

While the 2019-2020 schedule does not include any Power 5 opponents, the Lady Bisons still face a tough lineup that includes 2019 WNIT and NCAA tournament teams, complete with a home-and-home series against cross-town rival Belmont. This young team needs an explosive start as they take on one of these 2019 WNIT competitors, the Dayton Flyers, next week in their season opener.

“We are just really excited about the outlook of where we are and trying to change things up a little bit here,” Sumski said.

One of the new changes that Lipscomb embraces this year is the inaugural ASUN-MAAC Challenge. During this tournament, which was announced in February and is set to be hosted at Walt Disney World’s ESPN Wide World of Sports, the Lady Bisons, alongside North Florida, have the opportunity to represent the ASUN against MAAC opponents, Ryder and Marist.

“I think Marist is a really, really good team, and they run a lot of good stuff,” Sumski said. “They are more like teams that we see in the NCAA tournament, and Ryder is the same way. And obviously, we get to spend some time together and maybe have a Disney day or something. It will be fun.”

Sumski said she hopes that these games will help prepare her girls for conference play in the second half of the season, where she knows her girls can defy expectations and finish well above their projected rank.

“We always just talk about playing our best basketball late, so we are looking at a variety of opponents [on our non-conference schedule] who do a lot of different things from some different conferences,” she said. “We are excited to get the opportunity to go compete against some of the best from these different leagues and see where we measure up.”

But Sumski’s goals for this team are much bigger than the season or even basketball. It is a focus on family that this staff hopes will grow their squad on and off the court.

“We know that we are very fortunate to have this opportunity to be at a place like Lipscomb and to play basketball and just to do life together,” Sumski said. “But the reality is that we know that…for us, it is about preparing for the next 40 years and maximizing this time that we have here.”

With the season opener just days away, Bison fans should be anxiously anticipating this newly energized team, and Bison opponents should be worried about the talent, fight, and confidence of these players.

“It’s just so much fun going out and competing every day and seeing how much better we are now than we were at any point last year,” she said. “And now we are ready to go out and show the world that.”

The Lady Bisons open the season on Tuesday against the Flyers in Dayton at 6 p.m. CST; the game can be streamed live on ESPN+.