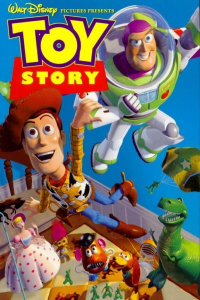 If you’ve ever met me, you are likely to pick up within the first fifteen minutes that I kind of like movies. Movies have been an integral part of my life ever since my childhood. I distinctly remember my first movie experience- seeing The Lion King during its initial release in the summer 1994. I would have been around 2 years old. Over the past nineteen plus years of my life, I have seen countless films, written countless reviews, and have spent countless hours increasing my knowledge on the subject I love.

Everyone has to have a point where they form their passion- a sort of love at first sight. I remember when I first truly fell in love with film. I was 3, the time was around Thanksgiving 1995, and Toy Story had just been released. I remember seeing Toy Story. It was the first time I really loved a film. For about a year or so, I was obsessed with everything Toy Story. I had a cowboy poster print around my walls. I had Toy Story bed sheets (with matching comforter and pillow covers), countless Toy Story toys and memorabilia (including the lunch box with thermos included), a Woody outfit for Halloween the following yea, and my own Woody doll with my name written on the bottom of Woody’s boot.

After seeing Toy Story, I decided that movies were really my “thing.” I started to see everything I could under the sun. That personality trait has helped develop me as a writer and as a person. I always look back to Toy Story as the match that lit my movie-loving fuse.

As I’ve grown up, I’ve always been a passionate advocate for everything Pixar. I’ve loved the studio’s movies, and in some strange way, they’ve always had personal impacts on me that have helped shape my character. I see friendship through Toy Story and Monster’s Inc., perseverance through Finding Nemo, family strength through The Incredibles, following your dreams through Ratatouille, the importance of slowing down and enjoying life’s beautiful scenery through Cars, love through Wall-e, the process of accepting death and letting go in Up and the process of moving on from the ones you love into a new world with Toy Story 3 (a lesson that has truly impacted me recently). These films have not only shaped my love for film, but my life in general.

I know I’m not alone.

I really don’t want to imagine a world without Pixar. But if it weren’t for Steve Jobs, it would likely be one.

Jobs gave the struggling company a chance when he invested in its development. He bought Pixar from Lucasfilm and invested a great deal of money into the company, putting it on the track that would eventually lead to its deal with Disney to distribute Toy Story.

The rest is history.

If Jobs hadn’t invested in the company and given it a chance to shine, who knows where the company (including the brilliant minds behind it) would be.

In my life, if Toy Story had not come out, I’m not really sure that I would be the film enthusiast I am today. If I wasn’t a film enthusiast, there would be zero chance that I would be pursuing a degree in journalism to hopefully become a film journalist. If Steve Jobs had never had faith in Pixar, there might not have been a Toy Story– the film that set my life’s path in motion.

I never met Steve Jobs. I’m a college freshman from Nashville, Tenn., who has only met a few people that could be considered famous. Although I never knew Mr. Jobs, I am truly affected with his passing. He’s the man who, in essence, set my life’s goals in motion. I attribute so many of my life’s decisions to my love of film, and Toy Story is where it all began.

I never want to think of a world where there is no Toy Story.

I never want to think of a world without Pixar.

I never want to think of a world where there was no Steve Jobs.

Pixar is just an item on the long list of ways Steve Jobs has affected the world. He revolutionized the way we live life through his genius innovations with Apple. I really don’t want to think of a world without the products Apple has created. Jobs changed everything for the better. I’m just honored to have been one of the people he affected.

One of these days, I hope I’m working at a company where I can follow my passion. It’s going to be a long journey, but I wouldn’t be on this path without the investment of Steve Jobs. I’m one of many, and I’m proud of it. I will always think of Steve Jobs as the man who had faith in the company that shaped my future. For that, I eternally thank him.