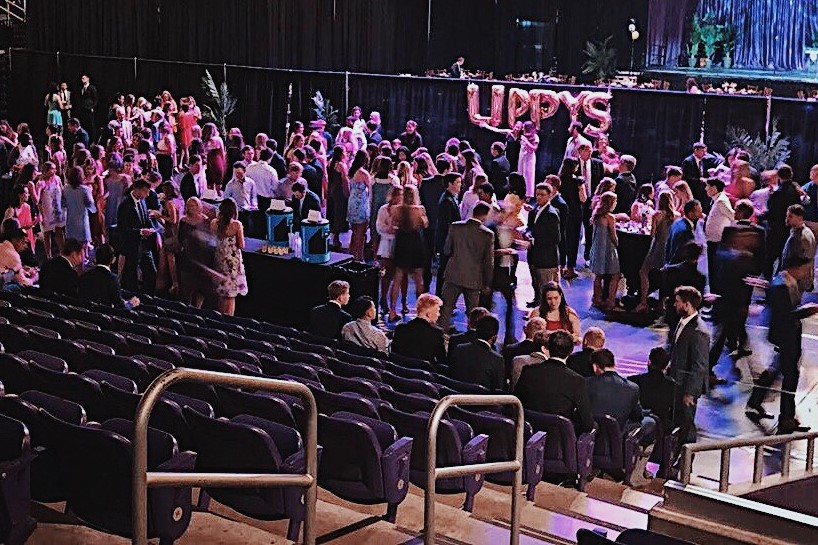 The annual event commemorates the achievements of Lipscomb’s athletes on and off the field.

It was a night of fun and glamor as every student-athlete came together dressed formally in the heart of Allen Arena. Hors d’oeuvres, fondue for dessert and refreshments were on the menu, while everyone took pictures before the award ceremony hosted by head volleyball coach Brandon Rosenthal. Students also joined in on co-hosting and pleasantries throughout the evening.

The Lippys were founded by the Student Athlete Advisory Committee (SAAC) and past track and field athlete April Terry. Over the past few years the Lippys staff, run primarily by student-athletes, has continually sought improvement of the event.

“There were nomination surveys sent out to all the athletes this year,” SAAC president Ahmed Amaar said. “This form is what we are basing the voting ballot off of, so if people wanted to nominate someone for the awards listed, that was their chance.

“Changing the awards system to give every single [athlete a] voice this year — besides that we are just trying to make it [a] more inclusive event. I think the day after the Lippys no one really cares or remembers about the awards — what they remember is the memories they made and the feeling of togetherness. It’s rare to have the entirety of Lipscomb Athletics together, and so sharing that moment is what makes it the best.”

A feedback survey for improvements was emailed out after the event as well.

“This year was a more sit-down style instead of the chapel seating we have in the past,” Amaar said. “We hoped this would increase the experience and make it feel more special. We also allowed people to invite friends and donors of Lipscomb athletic teams to show our appreciation to them.”