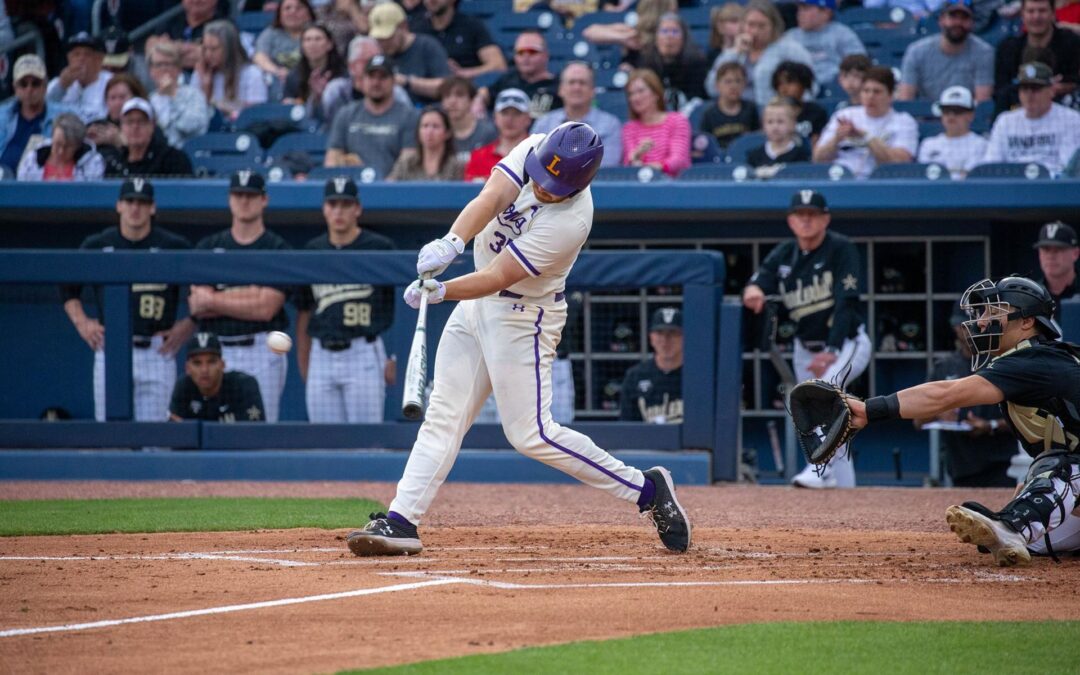 “We did some good things,” Lipscomb head coach Jeff Forehand said, “and I told the team that we didn’t play bad, but I didn’t think we played good either. Anytime you play average, you’ve got to hope the other team helps you, and they didn’t tonight,” Forehand said.

Offensively, senior Malik Williams had the best batting record of the day for the Purple and Gold. Hailing from Toronto, Canada, Williams went 1-3 with a strikeout, a walk, a single, and a fly out.

Sophomore pitcher Kaleb Kantola started for the Bisons and earned the victory, improving his season record to 2-3 on the season. Kantola picked up four strikeouts facing 12 batters but only managed a 6.46 ERA.

A native of Monmouth, Oregon, Kantola commanded the mound early on, retiring the Blue Raiders three up, three down.

Soon after, though, the Raiders went up 1-0 on a home run, scoring on the first pitch of the second inning. Before the inning was done, Middle Tennessee came up with another solo homer. A second straight hit beat the fence in left field and put the score at 2-0.

Meanwhile, offense was tough sledding for Lipscomb early. A scoreless first inning gave way to a similar second, although the Bisons did collect a single and a double with two outs in the second, coming just short of rescuing the second frame.

The Raiders kept on coming offensively in the third, picking up two more runs on sophomore Chandler Giles, who entered in the third to replace Kantola.

A long fourth inning saw Lipscomb give up three runs on three hits, while the Bisons also went through three pitchers. Another scoreless frame left the score at 7-0 after four innings.

“You don’t ever want to tip your cap to the other team, but tonight, they pitched beautiful,” Forehand said. “Anytime you put up zeros, it’s hard to win when you don’t get any runs, so I’ll tip my cap to them.”

Defense won the day in the latter half of the contest, as Lipscomb remained unable to crack the Blue Raiders’ bullpen.

The Bisons’ pitching matched in quality, keeping their opponents off the board in the final five innings, but it was too late to change the result.

Down 7-0 in the bottom of the ninth, the Bisons went three up, three down to end a disappointing outing on offense.

Kantola, Giles, sophomore Tyler Legere, freshman Hayden Frank, sophomore Patrick Williams, and freshman Will Newell all pitched for the Bisons on the evening, with Frank earning the lowest ERA of the outing at 2.25.

Lipscomb drops to 18-15 on the loss and stays at 7-5 in ASUN play, riding a seven-game conference win streak. Middle Tennessee improves to 16-15 on the year and also holds a 7-5 record in their conference, Conference USA.

“When we go down 7-0, we’ve got to be able to punch back. When we play from behind, we’ve got to really work at it,” Forehand said.

The Bisons are next in action 5 p.m. Thursday for the first game in a three-game weekend series at North Alabama in Florence, Alabama.