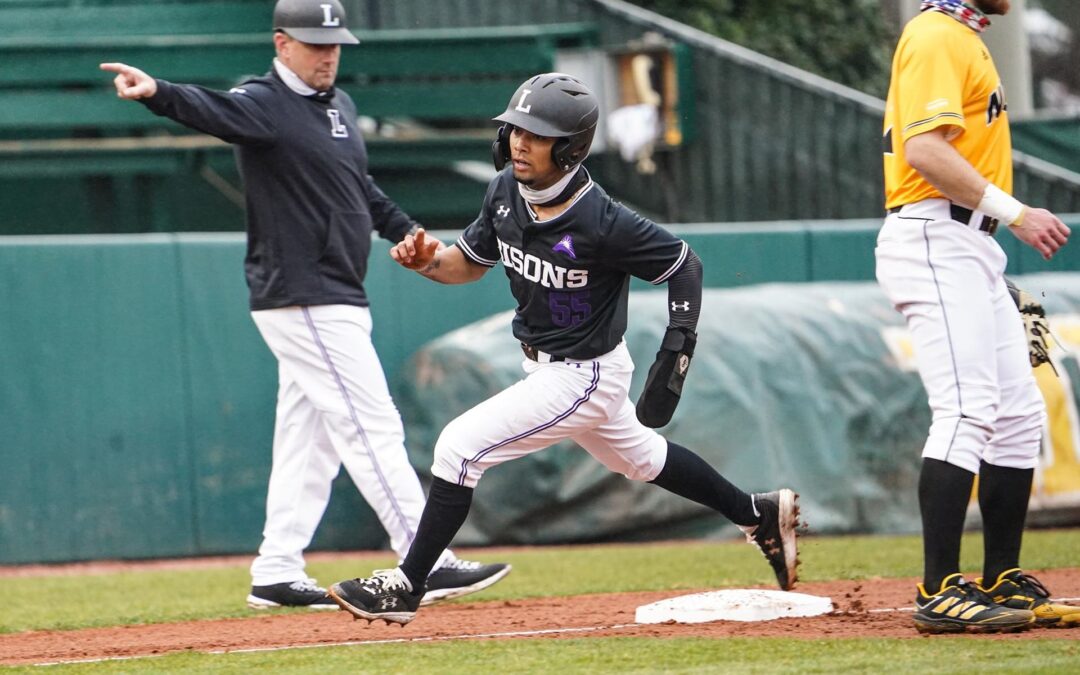 After getting swept in their previous ASUN matchup, the Bisons came home with something to prove and behind a huge rally on Thursday night, a dominating performance from freshman outfielder Tiger Borom on Saturday and despite a loss on Friday afternoon Lipscomb took the series 2-1 from Bellarmine.

Thursday afternoon, sophomore pitcher Scott Elgin got his first start of the season and fell behind the Knights 7-0 in the first four innings. Pitchers freshmen Patrick Williams and Ike Buxton came in in relief and did not allow another run from the Knights.

Meanwhile an offensive 9-0 run by the Bisons from the fifth to the eight led by a five RBI performance from junior Chris Bashlor gave the Bisons the lead going into the ninth.

Sophomore closer Tyler Guilfoil came for a 1-2-3 inning to clinch game one for the Bisons.

Lipscomb cut Bellarmine’s lead in half with an RBI single from junior outfielder Maddux Houghton in the seventh and almost tied the game before sophomore Chaz Bertolani was called out at the plate.

But the Knights were not done scoring, as they added five runs in the top of the ninth to extend their lead to six.

The Bisons once again got their scoring going late in the game, but junior infielder Malik Williams’s RBI single and senior infielder Haddon Adams’s three run homer proved to be too little too late for the Lipscomb, who fell 7-5.

Saturday afternoon, Coach Forehand switched up the lineup and emphasized the need to get his leadoff man on base, and to this effect, moved Borom to the top of the lineup. Borom responded with a six RBI performance including his first career home run, a grand slam in the sixth inning.

Behind errors from the Knights and a hit from Bertolani, Borom, Houghton, Adams and Bertolani scored to take a 4-0 lead in the first two innings.

However, Bellarmine responded with a five-run sixth inning, due to a combination of walks allowed by Van Treeck and Buxton and a grand slam from infielder Justin Rouse.

But Borom responded with a grand slam of his own to retake the lead for the Bisons who would not give it away again.

Bashlor and Bertolani added two more runs for the Bisons in the sixth and Borom, Adams and Bertolani put four more on the scoreboard in the seventh.

Junior Dylan Bierman was credited with the Bisons 14-5 win, his first win of the season.

The Bisons start their seven game road trip on Tuesday afternoon in a double header at crosstown rival Belmont before heading to Liberty and Pitt next weekend.