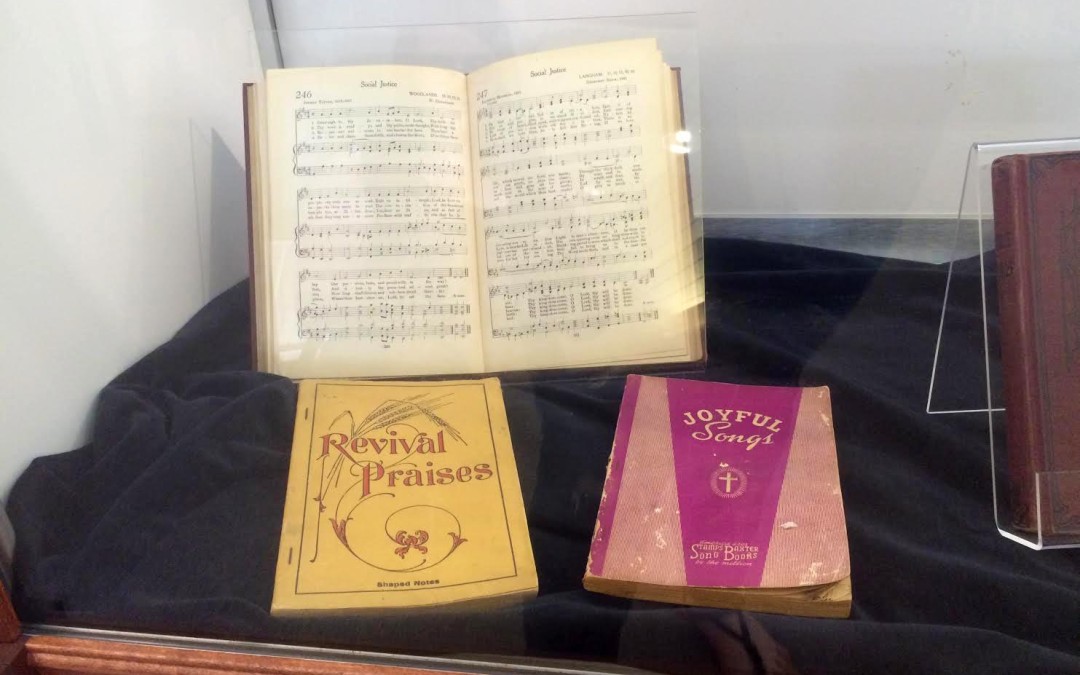 It all started with a passion for music.

The hymns are to be stored in the Beaman Library Special Collection archives.

“Paul’s donation is monumental because to have a collection from a member of the Church of Christ and in the Nashville area is something special,” special collections librarian Elizabeth Rivera said. “What makes his gift so significant is that a lot of them are from the 1920s and they are just treasures of what different churches and denominations used for worship.”

Brown began leading singing at the age of 16 and just before donating his collection of hymnals to the archives, he celebrated 70 years of song leading.

While several of the donated hymnals were his own, a bulk of the collection came from Michael Moore. Moore was also a song leader and spent several years collecting hymnals.

“Unfortunately he died of a heart attack,” professor Brown said. “His widow knew Dad was a good friend of his and loved music too, so she gave them to him.

“The books were from multiple people. Inside, you can see they were gifts from lots of different people – all from a lifelong love of hymns.”

Because of this donation, which included three CD’s and a few newspaper clippings, the archives now have over 2,800 hymnals.

“I know letting go of those hymnals was hard for him because that meant acknowledging that that part of his life was over, but I’m proud of him for being able to let go and let them be enjoyed by so many others,” Butts said. “With so many people he had impacted throughout the years; I think that made it easier for him to be able to let go.”

According to Rivera, this donation gives the archives a more complete picture to the collection.

“We want to try and promote them so people know about it,” Rivera said. “If more music students here on campus know we have this collection, and say if they’re interested in shape notes, they’ll be able to use this collection for their papers.”

While the archives are open to students during the school year, the collections library is also open to outside researchers year-round.

Through this classification system, the library is allowed moderate research activity and is considered an R3 Doctoral University.

“Even though the R3 classification is the lowest at this point, the fact that we’ve moved up in classification is a big deal,” Rivera said. “I want to see the archives not only well-used, but well-supported and maintained so that it’s a place of true research.”

With this collection in combination with the archives, the function of the library is to serve all of the students and promote each aspect of the university.

According to Rivera, having the hymnal collection is significant for music and theology scholars.

“Growing up I thought of [research] as strictly medical things or science based, but you’re not limited to that,” she said. “Research is cyclical. These hymnals are a place for people to come and see how music was done, how things were composed, what songs were popular in each different kind of hymnal.

“The best place to see what people really think about God is to study what songs they sing, what our songs say about us and what we believe and think about God.”