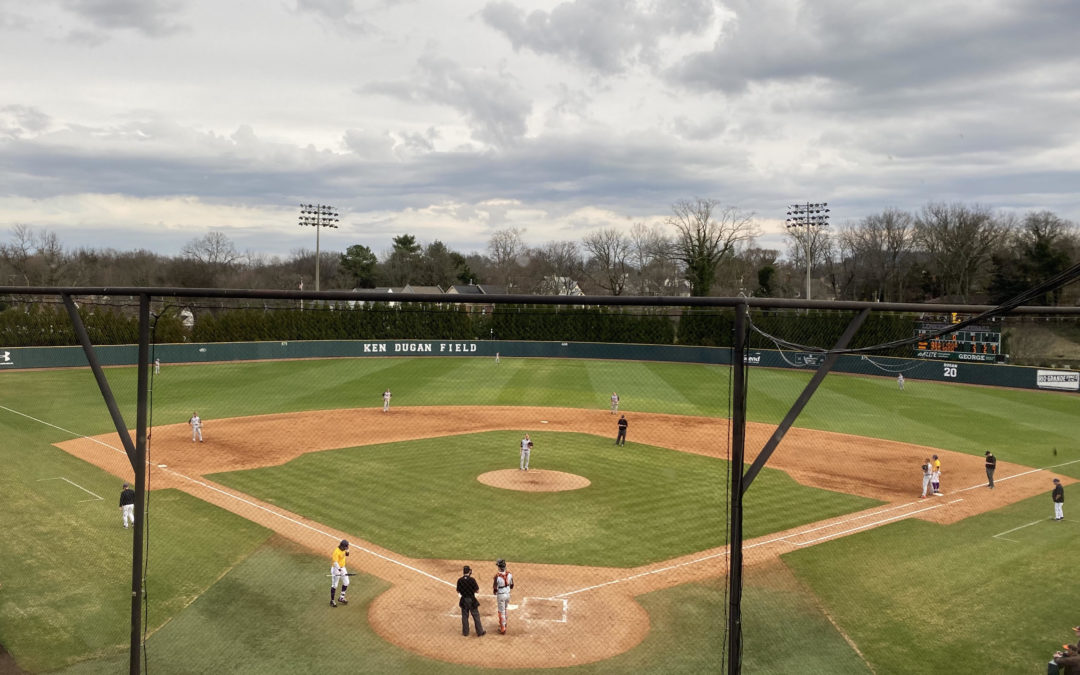 Lipscomb started off the season with statement wins against the Falcons of Bowling Green State University. While the last two games didn’t match the offensive firepower of the first, overall it was a great weekend for Lipscomb Baseball.

“Anytime you sweep anybody in college baseball it’s good because wins don’t come easy. I think they [the team] had the right mindset and were able to finish it up and get the sweep,” said Bisons head Coach Jeff Forehand.

Lipscomb was an RBI machine on opening day with all 15 of its runs coming from RBIs. The first few innings were very back and forth until the Bison held the Falcons scoreless during innings 7,8, and 9 to close out the game.

Every single player in the Bison lineup recorded a hit. Sophomore catcher Chaz Bertolani, junior centerfielder Maddux Houghton, and senior shortstop Brian Moore combined for 12 of the team’s 15 RBIs. Bowling Green had three balks that turned the game in Lipscomb’s favor as well.

Game two of the series was more of a defensive battle for Lipscomb. Lipscomb took control of this game early, only allowing runs in the 2nd and 9th innings. Junior right hander Max Habegger started for the Bisons and played four innings while retiring five batters for Bowling Green.

Another solid pitching performance came from Freshman closer Gavin Grubbs, who ended the game allowing no runs and only one hit.

The final game of the series was very similar to Game 2 not only because it was the exact same score, but also how the pitching corps of Lipscomb came through again.

Junior right hander Dylan Bierman got his first start for the Bisons and lasted five innings. In those innings, he struck out six batters while facing 16. Sophomore reliever Tyler Guilfoil got the save after coming in for the last two innings. Guilfoil had three strikeouts and zero hits.

But, pitching was not the only bright spot for the Bisons. Moore also put together a solid performance both in the infield and at the plate. Moore made two amazing defensive plays to keep Lipscomb’s lead, one being a throw to the plate that would have tied the score at three late in the game that resulted in a double play.

“That was a big rally killing play,” said Forehand “We don’t practice those kind of plays, it’s just when you’re athletic as Brian is, he has the opportunity to make those on occasion.”

Moore also finished the afternoon with two hits and an RBI, and following his standout performances this weekend, he was named ASUN Player of the Week.

However, the play that really separated the Bison from the Falcons was the home run from Junior Malik Williams in the 8th inning. The two run shot that went over the left field fence sucked the life out of Bowling Green and any attempts of a comeback.

“I told the guys that we really executed on the things that we preach to them every day,” said Forehand. “We got some things accomplished on offense and defense that we try to do each day in practice and we were able to execute them.”

After opening weekend, Lipscomb will continue its home stretch with six more games at Dugan Field.