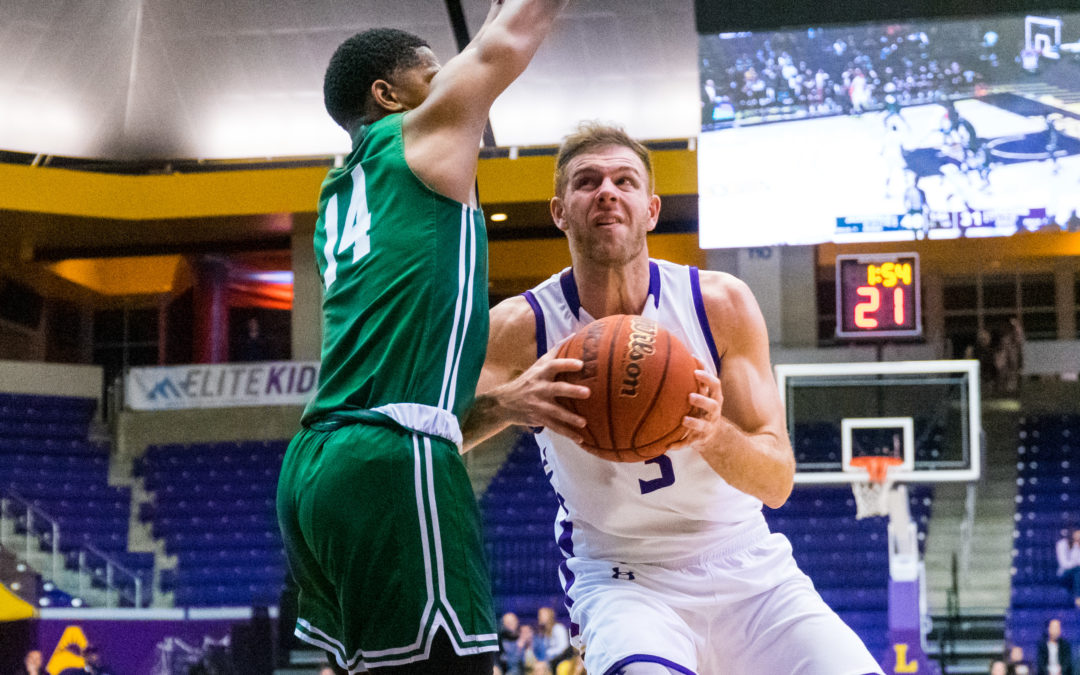 The men’s basketball team faced off against Jacksonville in Allen Arena with hopes to pull out a win to end their 3-game losing streak. The Bisons fell short to the Dolphins in overtime 89-85, their record now 7-13 being 8th in the ASUN Conference.

Despite the hard loss, Coach Lennie Acuff had nothing but positive words for his team.

“It was a tough loss,” said Acuff. “I thought they played really really well, you have to tip your hat to them. They played with great energy and effort, I thought our guys played hard too they [Jacksonville University] made a few more plays.”

Jacksonville scored the first seven points of overtime to take an 82-75 but the Bisons then got a three-pointer from Michael Buckland to open a 7-2 run.

The first half was a slow start and the teams went back and forth gaining the lead. Jacksonville finished out the first half with a 42-34 lead.

Last week Coach Acuff told reporter, Grant Ledgister, “You’ve got to have a short-term memory and get back after it on Monday. We’ll do that. It’s just a matter of we’ve hit a tough spot, and we just got to have enough about us to go back to work.”

Entering the second half both teams came out with intensity for the first few minutes. but the Bisons regained their speed to fight and caught up to Jacksonville early in the second half.

Freshman forward, Jacob Hobbs took it to the rim off a fast-break and created a 2-point game, putting the Bisons back in it. He was then fouled and went to the line making it a 1-point game.

With just four seconds left in the game, the Bisons were down 75-72 but had possession of the ball.

The ball was imbounded, and Michael Buckland got up the court, shot a jumper with just one second left and he ties the game 75-75.

The Bisons went into overtime with the Dolphins who instantly took the lead.

The game continued to go back and forth between both teams — with only 3 seconds left in the game, Buckland shot another three-pointer, making it a two-point game.

Lipscomb had to draw fouls to try to get possession of the ball, but this only pushed them back. The Bisons fell to Jacksonville, final score 89-85.

“On to the next game,” said Coach Acuff, “it’s really the only choice we have, we just have to keep fighting.”

The Bisons will play North Florida at home on January 25th at 4 pm.