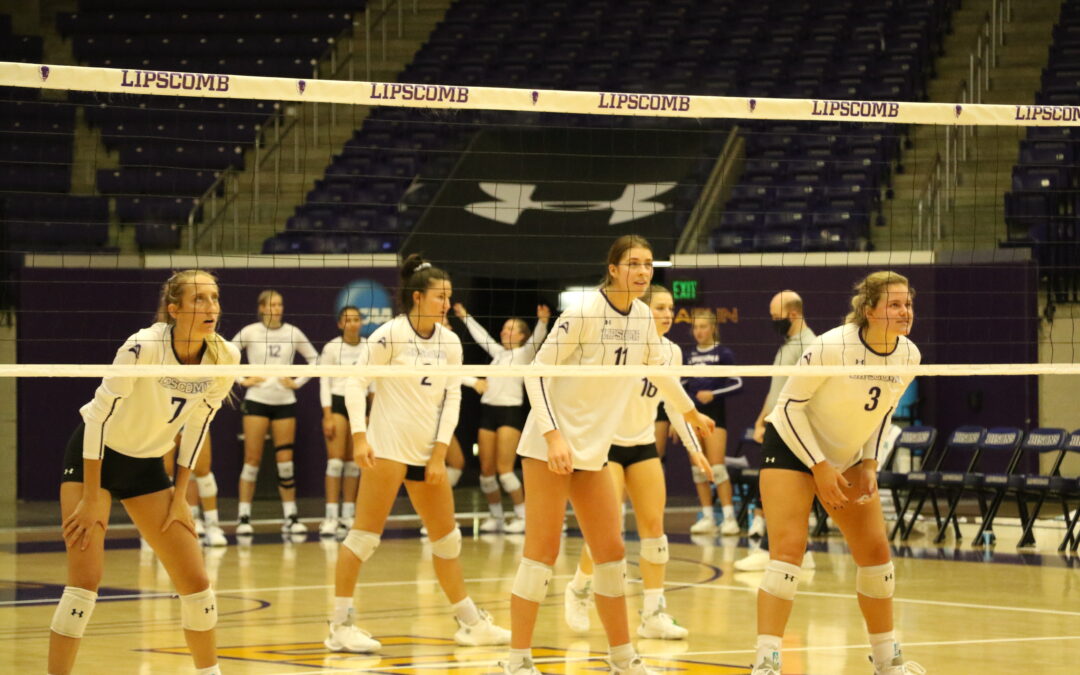 The Bisons fall to 1-4 on the season after a winless showing at the LUV Invitational.

The fourth set started out with a two-point run by the Bisons. Lipscomb put a four-point run on top of this to start out with a strong 6-1 lead over the Demon Deacons in the set. After a three-point run the Bisons led 11-6. A four-point run from Wake Forest led to a Lipscomb timeout with the 15-14 score in favor of the Bisons. The Demon Deacons were able to put together a nine-point run to bring the score to 15-19, which was broken up by one Bisons point. With a six-point tear, Wake Forest finished things off comfortably, wining 25-16 to take the fourth and final set.

Lady Bisons Kamryn Bacus, Meg Mersman and Addi Pelham had 13 kills each. The team put a combined 10 service aces on the board, and Delaney Dilfer contributed 43 assists.

Lipscomb is in action again at the Xavier International in Cincinnati starting Friday. The team will be back in Allen Arena for the Battle of the Boulevard against Belmont at 6 p.m. on Tuesday.