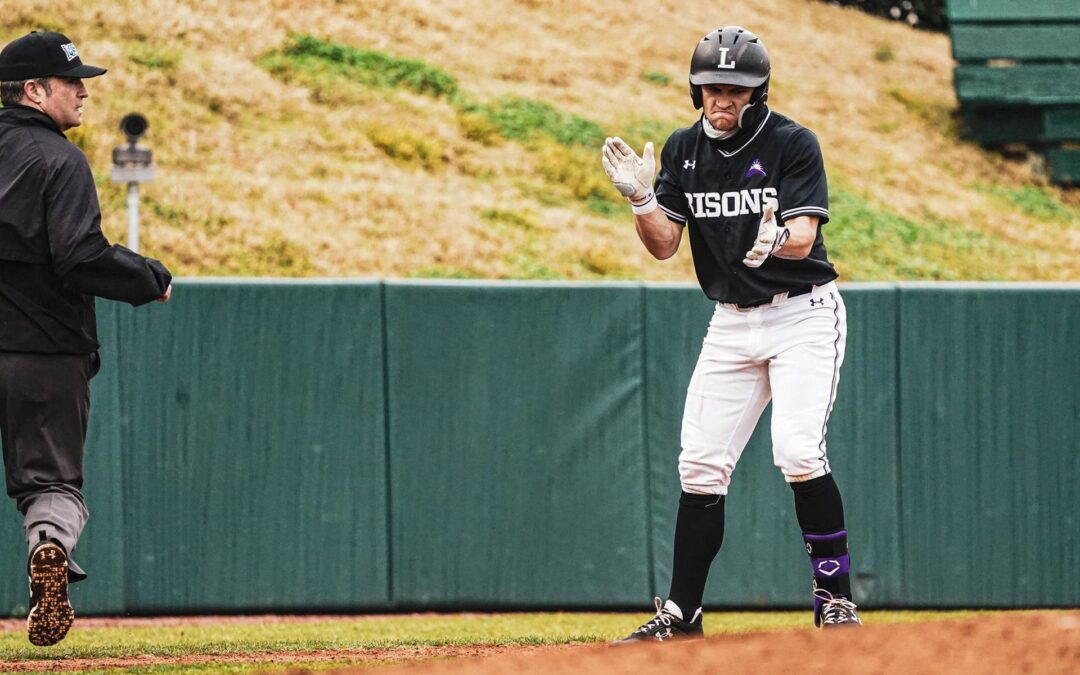 On an overcast afternoon, the Bisons hosted Northern Kentucky University after taking a beating the night before from Creighton in an 11-3 loss. Looking to bounce back in the doubleheader against NKU, things started off quickly from Lipscomb’s preseason player of the year senior infielder Haddon Adams.

Adams started the game with a bang with a home run to left-center field to put the Bisons up 1-0, and that home run was only the beginning for Adams and the Bisons.

In the top of the third inning, NKU brought a few of their own tying the game at two apiece, but the tie game would not last long as the Bisons only failed to score in one of the eight innings they batted in.

With a late rally in a 13-3 game, NKU brought themselves within five, scoring five in the top of the 8th with another rocky outing for junior pitcher Dylan Bierman, who eventually rolled a double-play ball to get the Bisons out of it and onto the end of the game.

In the second game of this Saturday afternoon double-header the offense started quickly yet again, but this time the pitching came through in all seven innings that were playable. With an onslaught of rain that staved off long enough for these two teams to play two pending, the second game was called in the seventh inning.

Freshman pitcher Ike Buxton was on the mound for the Herd, and only allowed one run over his 4 innings. Backed by early offense from his teammates, junior infielder Chris Bashlor, “bashed” a three-run-home-run scoring Adams and senior Carter Smith, making the score 3-1 Lipscomb. Sophomore Chaz Bertoloni also got in on the action in the first when he doubled Bashlor in to extend the lead to three, 4-1.

Buxton dealt through his 4 innings of work, but the offense did not stutter throughout the game at all. Along with Bashlor and Smith, sophomore outfielder Ty Jones and senior infielder Brian Moore all put balls out of the yard, which gave the Bisons four home runs on the day.

The Bisons would finish off the doubleheader sweep winning the second game 9-1 in a shortened game due to the weather. With both wins, the Bisons move to 4-2 on the season.

Lipscomb will hope to play its second game against Creighton on Sunday afternoon barring that the rain has not made the field unplayable. Logan Van Treek looks to be on the mound tomorrow afternoon after a stellar performance his last time out against Murray State.

To follow along you can watch online at the  Lipscomb Bisons Youtube channel where some of Lipscomb’s sports are broadcasted.