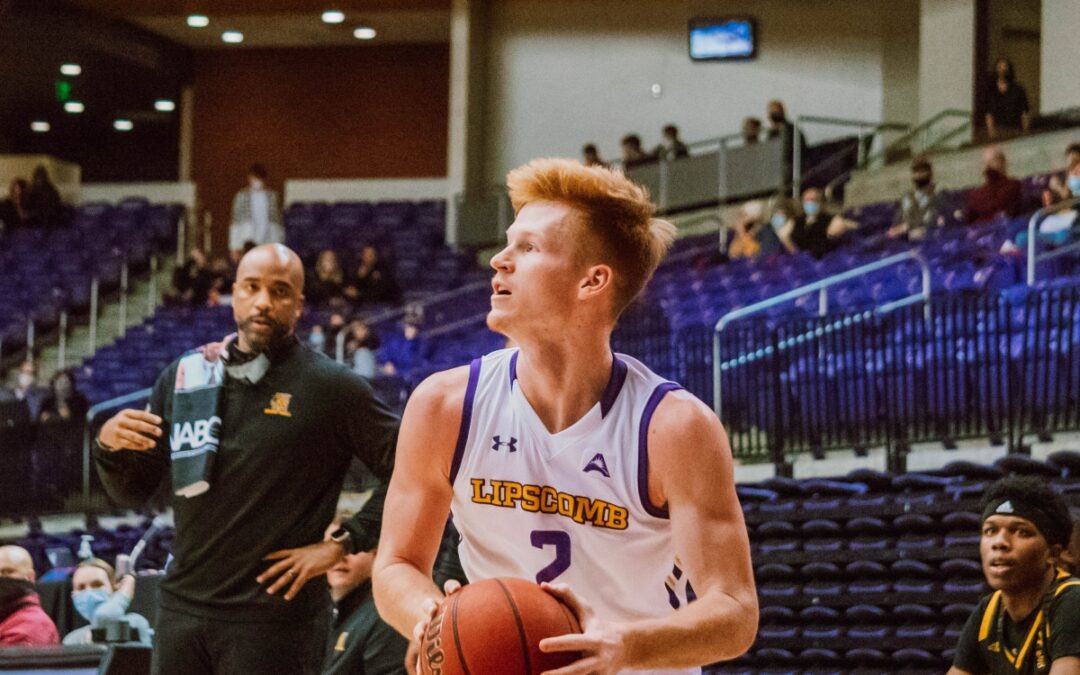 For the second time this season, Lipscomb men’s basketball has swept a conference opponent. Much like Friday night, the Bisons used a strong second-half performance to take down ASUN bottomfeeder Kennesaw State 77-63 in Allen Arena.

Lipscomb is 15-10 and 9-5 in the ASUN and sitting at third place, while Kennesaw State has already clinched the No. 9 seed and will participate in a play-in game in the ASUN tourney.

Pruitt’s performance was most notable. A local 6-3 guard out of Mount Juliet, Pruitt was making his second consecutive start and just his third overall this season. Don’t be surprised if the Bisons keep him there, as he cashed in on the opportunity by going 6-of-7 and 5-of-6 from range while leading the team with seven rebounds.

Offensively, Lipscomb played a dismal first half. Lipscomb led 12-6 with 15:50 left in the first half before giving up a 14-2 run that lasted for over nine minutes. The Bisons did not score a field goal during that run and were down 20-14, eventually ending the first half down 31-29.

But much like Friday night, Lipscomb broke away in the second half Saturday night. Kennesaw would last lead with 18:09 left after a three-ball from Youngblood put the Owls up 36-34. There were a couple ties after that, but the Bisons led for the remaining 15:42 of the ballgame.

A jumper from Ferguson put Lipscomb up 58-47 at the 9:46 mark, and the Bisons would later expand that lead to 65-51 after a Pruitt triple with 5:40 remaining. Forward Alex Peterson narrowed the Owls’ deficit to nine with 3:10 left on a two-point jumper, but that would be the closest they’d get for the rest of the game.

The Bisons wrap up their regular season at North Alabama on Friday and Saturday night at 6 p.m.