From Colombia to cheer: how David Silva found His calling on a whirlwind journey to Lipscomb 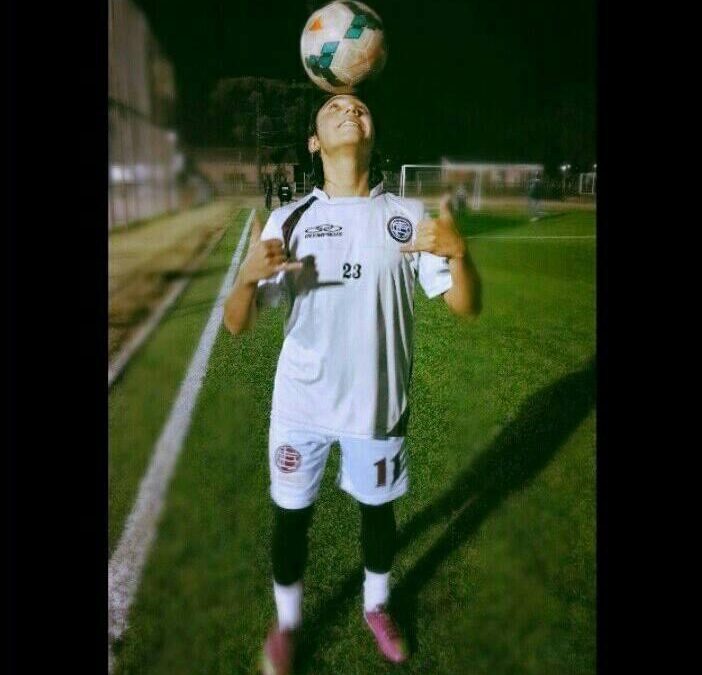 Fifteen years ago in a churchyard in southern Bogotá, an energetic, dark-haired little boy kicked around a soccer ball as the youth minister droned on during his Sunday lessons. The minister’s pleas for him to stay still were in vain—this boy’s heart was taken by soccer. In some ways, the young man so many at Lipscomb have come to know is reminiscent of that boy, but there is a light in his eyes that says something changed.

To say that junior Colombia native David Silva has stories to tell would be an understatement.

The key to understanding Silva is his love for the game of soccer. For him, this game is woven into who he is.

“The ball was my best friend, like Wilson in that Tom Hanks movie. It’s funny because that’s my name too!”

Growing up on the southern side of Bogotá brought its own challenges. Although soccer runs in the veins of Colombian culture, not everyone in his neighborhood owned a soccer ball. Sometimes, a plastic water bottle was the next best thing. Silva played constantly, with whatever bottle or ball was around, and he got really good.

By the time he was 13 years old, Silva had caught the eye of the academy team of 15-time Colombian champions Millonarios FC. They trained on the north side of Bogotá, so he traveled four hours round-trip every day on a bus to train in the afternoons. He woke up each day at 5 a.m., attended school, stood on the bus for a couple of hours, trained, took the bus home, and returned at 8 or 9 p.m. to his homework and family.

Silva kept up this grueling schedule for two years until conflicts with the coach caused his father to pull him from the team. He stayed in limbo between soccer teams for a year, until a friend of his told him about a tryout he should apply for.

The drop off spot was an hour and half from his house, so he gathered his identification and application papers, took the bus to the spot, and arrived just in time. However, he couldn’t find the submission booth, and the cut-off time came and went. Finally, Silva saw someone— a woman carrying a banner and a bag full of papers.

He said to her: “Excuse me, ma’am, I’m trying to find a place to send papers for a soccer tryout. Do you know where this person is?”

Her response: “You know, you are really lucky! That person is me and I was just leaving!”

She took his papers and he made the tryout, alongside 500 other kids. It was split into two categories: physical and technical. Silva was one of only three kids to pass both categories.

“That was God. Definitely was God,” Silva said. “Couldn’t have done that on my own.”

Once he passed the tryout, Silva bought a round-trip ticket to Argentina and tried out for five professional teams, including Lanus, San Lorenzo, and Independiente. At 17 years old, he made the team at Lanus in Buenos Aires. The problem was that he quickly turned 18, which meant that he needed a Colombian ID to play soccer legally. To avoid being drafted into the army when he returned for the papers, Silva stayed in Argentina to wait for their arrival. However, they were lost in the system, and he lost 10 months waiting.

“I think that the plan of God was not to play soccer there, but at that time it was hard for me to understand that,” he said.

After 10 months, Lanus chose to let him go. Silva planned to return home to Colombia, but luckily there was a small tournament between Argentinian teams that he played for. One of the scouts was impressed with him— so impressed, in fact, that they decided he was worth waiting for while his ID came through. Shortly after Talleres de Cordoba took him on, Silva’s Colombian ID finally arrived. He moved into the club in Cordoba and settled down.

There was another problem, though. To play at this new team, Silva then needed his Argentinian ID, which took seven months to come through. Talleres de Córdoba waited six months and gave up on him, but they had been paying him as though he had played.

He transitioned to Rosario to play for a third-division team called Provincial while waiting to try out for another professional team, which introduced a whole new set of difficulties. At this time, he lived in a hostel, worked at a supermarket, and dealt with adult life in a country separate from any family or church. That was a hard time, but it was evident to him that God was protecting him.

Beginning in Cordoba, Silva had begun to feel discouraged by the lack of churches teaching sufficient doctrine. He attended a new church every week trying to connect with a church, but he said none of them seemed to him to have the heart of Christ; instead, they obsessed over things like prophecy, money and speaking in tongues. Silva said he was alarmed by this and asked himself, “Shouldn’t there be a church here that just preaches the Word of God? This is a big city; why in the world haven’t I found any?”

So he began to consider that he may be called to something other than soccer. He started to think about studying Bible. He began asking difficult questions of churches— questions that caused other people to wake up to.

“I felt in my heart, I need to do something about this,” Silva said.“God is telling me no to soccer, and that means that my purpose is something else, something deeper. I want to be building something for eternity, not just for this earth.”

Silva decided he wanted to plant churches that preach the Holy Doctrine, so he returned home to Colombia, to his family, to revive. He bought a ticket home and never returned to Argentina. Once he was home, he visited with his mom, and she stressed to him that he needed to go to college.

Soon enough, though, Silva started studying pre-med at a prep school and serving at a church at a college part-time. While that was happening, he got a call from a man in West Virginia who told him that Ohio Valley University needed a soccer player and wanted him to come to the States. On a whim, Silva picked up and left for West Virginia with his brother. At that time, they were far from being fluent in English.

This became a problem when they accidentally signed papers agreeing that they could use only one scholarship at a time. It was a devastating moment that meant they spent the summer working as janitors in order to make up the difference in tuition. After that year, they looked into attending Montreat College (Billy Graham’s school), but the gap between scholarships was still too much, so they found Lipscomb University.

After proving himself to the coach, Silva was approved to begin his papers with the NCAA, while his brother planned on going into the pharmacy school, but financially things fell apart at the last minute, putting them in a situation where they would be flown back home. They had six days to find a college with no options on the table

Five days before their flight, his brother made a decision to leave, and they parted ways. Just a day later, a solution arrived. Silva had a meeting with the elders at North Boulevard Church of Christ; he presented his problems to them, and they decided to help. Shortly afterward, the Bible department at Lipscomb called and agreed to accept his scholarships.

Silva was set to study Bible and play soccer, and everything seemed right in the world. Then, however, the NCAA neglected to give him eligibility for soccer in college because he had already been paid by a professional team (Talleres de Córdoba). That hammered the nail in the coffin on Silva’s long and laborious push to be a soccer player and prompted the start of another search for financing.

Soon after, Silva was introduced to cheer. It was over a meal in the cafeteria when a friend suggested he join the team, but he was resistant.

“I thought to myself, ‘There is no way in the world that David Silva will be a cheerleader! I am a soccer player, I am not a cheerleader,’” he said.

In the end, though, it was God’s plan of provision for him. Shortly afterward, he took up cheer. He is a true team player as described my his teammates, always making sure that everyone is taken care of and supported.

What’s ahead for David Silva, then?

Walking by faith. His heart is set on planting churches. Each semester, he trusts that God will provide the way. This semester, he is working at North Boulevard Church of Christ as an associate pastor, and is excited to begin an internship at Ethos this fall. Although that little boy kicking around a soccer ball is still visible in David today, what’s more visible is his heart is for the Lord.

“I can see the faithfulness of God in what He allowed to happen to me,” Silva said. “My story kind of sounds like a Bible story, because God always protected and guided me even when I couldn’t see what He was doing and wanted to go on my own path. So I trust Him.

“My story isn’t about how I am strong. Actually, the opposite. It’s about how He is with me. It is about the glory of God.”

Silva’s life is riddled with moments that point him to God’s faithfulness, and his mission is clear. It’s difficult to doubt that he will be used in a powerful way someday.

All that, and he can effortlessly turn a water bottle into a soccer ball.