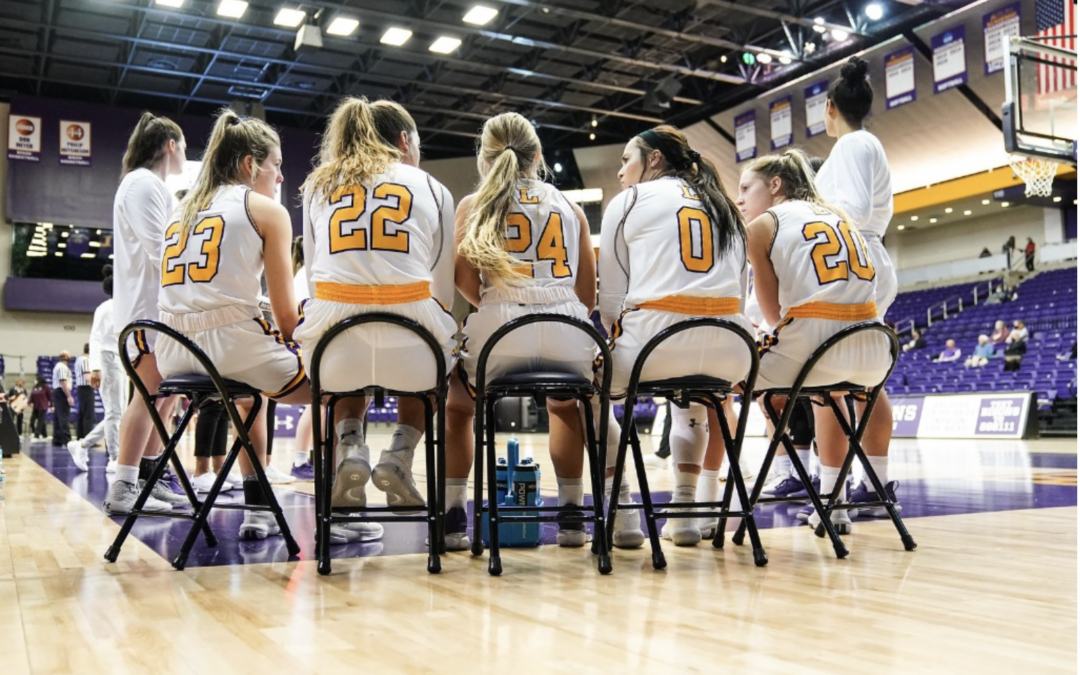 Maddie Cook, one of the new additions to the women’s basketball team, transferred in this year from Lipscomb’s biggest rival school: Belmont, where she spent her last four seasons.

In her four years at Belmont, Cook led the bench in points and rebounds a couple of times and had a stellar showing in the OVC championship game against SEMO, with 12 points and three rebounds.

Although she had some standout games and loved her teammates, she said Belmont never fulfilled what she was looking for in her college basketball career.

“I committed to a coach that wasn’t the coach I ever played for at Belmont,” said Cook. “I knew that when I transferred… someone would see me fitting into their style of play.”

Along with wanting to stay close to her hometown of Murfreesboro, she said it was a surprise to discover she loved Lipscomb and realized it was the perfect fit.

“I actually started to really get to know about Lipscomb and hear from [head coach] Lauren Sumski. I was actually pretty shocked because it was more than I expected,” said Cook. “The coaching staff is very young and energetic, and they are involved but not weirdly involved. Just very caring and personable.”

One of Cook’s new teammates, sophomore shooting guard Jalyn Holcomb, said she didn’t know how to feel when she heard Cook was transferring in from Belmont, but she discovered that Cook fit right in.

“As soon as practices started and everything, she was never timid,” said Holcomb, a Murfreesboro, Tennessee native. “I think she brought a lot of experience from her being a grad student… she’s helped us a lot… but she’s been a great addition to our team.”

“She has an uncanny ability to just be able to rise and fire,” said Sumski, who enters her third year with the program in 2021-22. “She is really versatile in her game and she can handle, put the ball on the floor, and finish at the rim.”

Sumski said her maturity also helps. “We have seen a ton of leadership ability in ‘Cookie,’” said Sumski. “There is some toughness, she plays with a passion and she plays for her teammates.”

The women’s basketball team kicks off the season with a pair of prestigious opponents out west. They open at BYU in Provo, Utah on November 9 and stay in-state on November 10 when they visit the University of Utah. Both programs belong to Power 5 conferences and will be first-time matchups for the Bisons.

The Bison is Lipscomb’s home for radio coverage of women’s basketball events, featuring live radio commentary for home games and select away games. You can listen to The Bison on their Apple app or online.