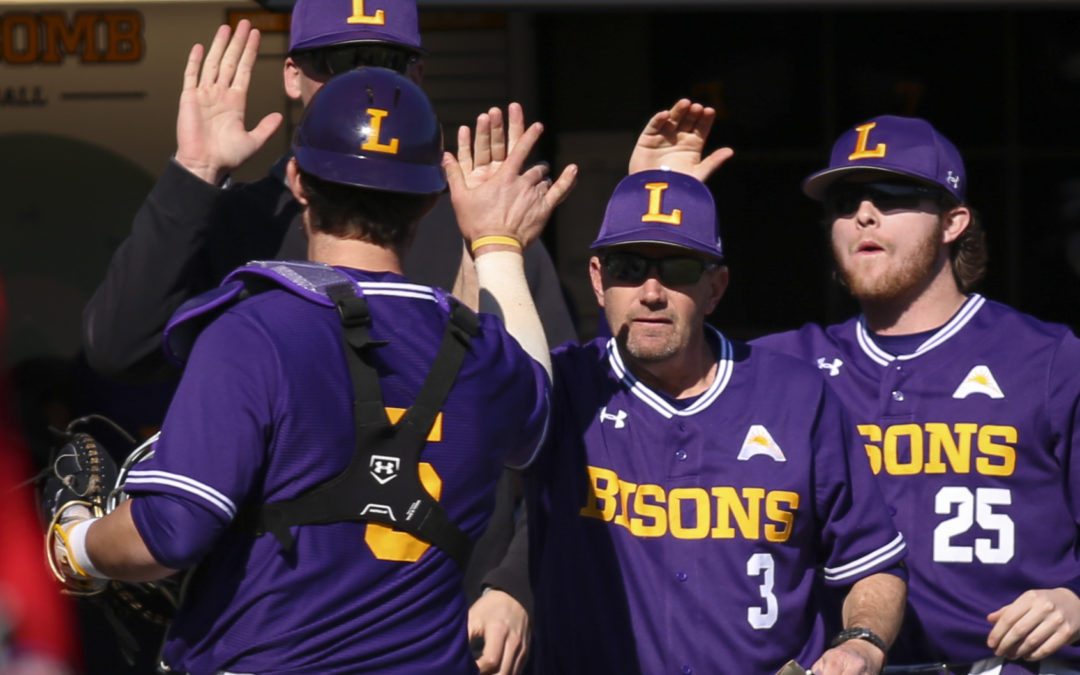 The 2020 Lipscomb Bison baseball team was off to the best start in program history when its season — along with the rest of the country — came to a crashing halt as the coronavirus concern grew.

“I don’t think any of us knew the magnitude of what was going on, and to have the season canceled at first it was like, ‘wow, that is that really what we’re doing,’” said Bisons head coach Jeff Forehand. “And then as the thing has played out a little bit more we’ve all recognized that it was probably the best decision.”

While the shock of the sudden decision has faded into understanding and respect for the safety of players, coaches and fans, the pain of losing such a promising season is still fresh on the Bisons’ minds.

“My heart dropped when I heard the news,” said sophomore catcher Chaz Bertolani. “It was a total letdown to hear from our coach that our season was terminated. I felt heartbroken looking at my teammates, as we sat in the bullpen in silence.”

“We were just super disappointed because we knew we had a really good thing going,” said senior infielder Haddon Adams.

On March 30, the NCAA made an unprecedented decision to try and ease the heartbreak from the impact of COVID-19 when it was announced that all spring athletes will receive an extra year of eligibility.

The catcher said that certainly won’t hurt the team next season: “Preparation will be the same [for next season], but with all the  returning and new players, our team is going to be very good.”

The NCAA’s decision is of special importance to seniors, whose last chance to play the sport they love was cut short. And, although Forehand expects most of his seniors to return, he also said he understands it will not be an easy choice.

“I plan on coming back to play for one last year,” said Adams. “We recognize how strong our culture is, and I am extremely excited to have the opportunity to win a national championship.”

“I know they [the seniors] all want to, but we’ve just been talking about how life goes on and what they were planning on doing after the fact,” said Forehand.

Until players and coaches can return to campus, the focus has been on safety, staying in touch and growing in the moment, according to the coach.

“I think the first thing is just trying to make sure that my family’s safe and making sure that the players all got home safe,” said Forehand.

“We’ve had a couple of meetings with everybody on a Zoom call, where we can just see each other’s faces and communicate about how school’s changing for the rest of this semester.”

“I think there is something pretty special about this pace that’s slowed down and where everybody has more time to spend with their family and more time to just be together,” he said.

“That’s something I think we should embrace and not necessarily look like it’s a bad thing.”

“This has been one of the most beneficial times to self-reflect,” said Adams. “I’ve learned a lot about how to adapt and overcome. That’s something we talk about a lot on our team, but this has been a time to really exercise this concept.”Ph

Bertolani said he’s learned that you should, “never take the game for granted. Play hard, because you never know when your last opportunity is.”

While the majority of the team will be returning, as any coach or player will tell you, every team is unique. The 2020 team that Forehand deemed “gritty” will still cherish their memories from this short season, despite the missed moments.

Bertolani points to being on base and watching Adams hit a grand slam to put the Bisons back on top over Austin Peay as his favorite moment of the year.

But for Forehand, it is not specific games that will stand out in his mind. “I can go back and pick wins; we had some big wins against some big schools and that was fun. But I think it’s those moments only the team gets to experience with each other,” said Forehand.

“I think the thing I miss the most is just the day-to-day interaction with them. Because, like I said this team is gritty, they were special, and I hope that the majority of them are back next year and we’ll see if we can recreate that.”