Corso in “disbelief” after Paralympics silver 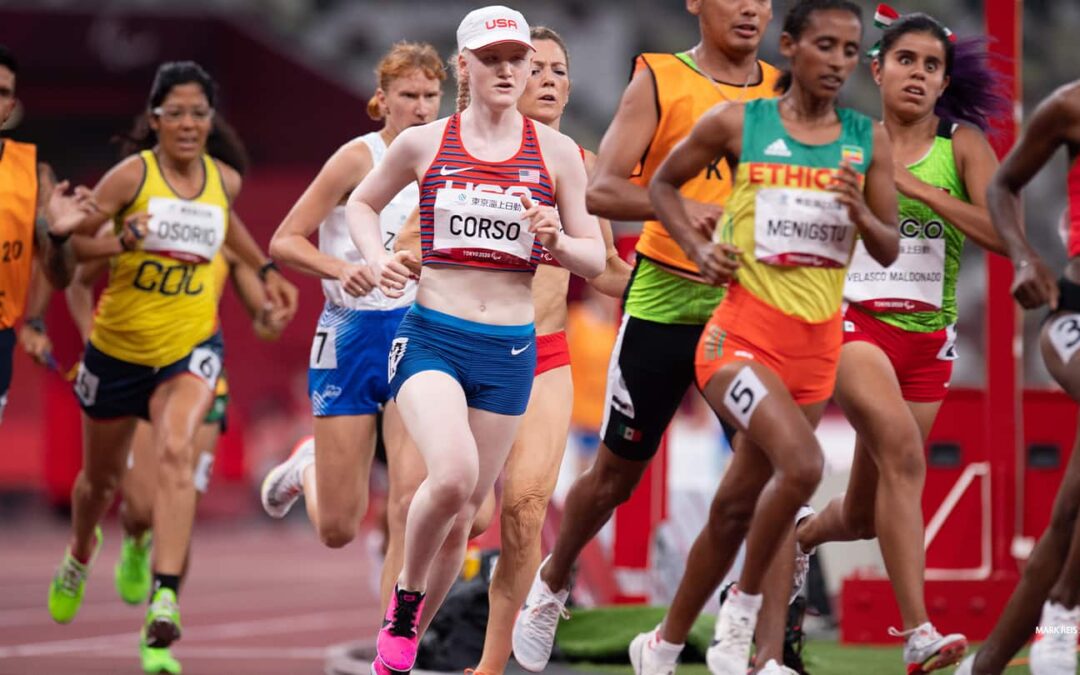 After a whirlwind of a summer ended on a Paralympic podium in Japan, freshman distance runner Liza Corso is only now giving herself time to reflect.

“When I crossed the finish line and realized I came in second with a time that was 13 seconds better than my personal best, I was in a little bit of disbelief,” said Corso in an email conversation.

Corso, diagnosed with albinism that makes her legally blind, finished second in the T13-class women’s 1500-meter final race in Tokyo on Aug. 28 after being ranked eighth in the field.

“Once I had time for it to really sink in, I was just filled with joy and gratitude that God gave me the ability to not only run in the final but also get the silver medal,” said Corso.

As a freshman in college, Corso was one of the youngest to compete in track and field at this year’s Paralympics in any event. She says her expectations were modest and that the result really did come as a surprise.

“I was definitely not expecting to medal at my first Paralympic Games!” said Corso. “I had thoughts about how amazing it would be to medal, but I wasn’t focusing on it because I just wanted to have a good race,” said the Newmarket, New Hampshire native.

In an email with Lumination before her race, she said her overarching goal was to inspire others rather than to secure a result. After her performance, she feels she’s been able to do both

“This race taught me to never count yourself out and that God has greater things in store for you than you could ever imagine!” said Corso. “I hope that through this race more people will be inspired by my story and know that they can overcome any obstacle that comes in their way.”

She’s not satisfied with the impact she’s already made, though; at the ripe age of 17, she’s already looking to the future and hoping to help others like her reach their goals as well.

“I think the next step for inspiring others for me is to get more kids involved in running and especially those with low vision,” said Corso.

Now that she has returned from Tokyo, Corso joins the Lipscomb cross country team as a distance runner for the fall 2021 season. Her first race with the team comes on Sept. 17 when the Bisons travel to the North Alabama Showcase in Huntsville, Alabama.