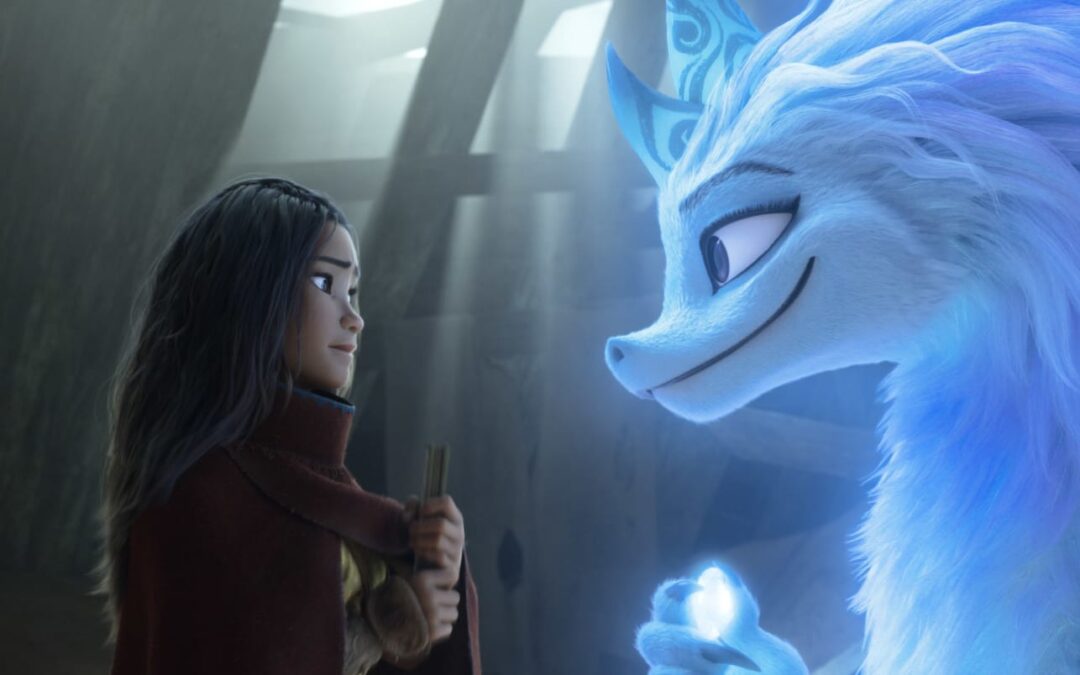 Like the more recent Disney Princess films, Raya and the Last Dragon follows the story of a daring and adventurous heroine who embarks on a journey to save her world. Raya’s tale is one of empowerment as an independent young woman embraces change and modernity.

The storyline is familiar in some ways, but what is unique to the film is the Southeast Asian representation. Kumandra, the film’s fantasy world, is heavily influenced by Southeast Asian culture, and in fact, Raya is Disney’s first princess from that region.

Raya and the Last Dragon was directed by Disney veteran Don Hall and Carlos López Estrada and written by Qui Nguyen and Adele Lim. The film featured the talented voices of Kelly Marie Tran and Awkwafina as Raya and Sisu, respectively.

In Kumandra, humans and dragons lived united in peace until shapeless monsters referred to as Druun began to ravage the land and turn everyone to stone. To save their world, the dragons sacrificed themselves and left only a remnant of their magic behind inside the Dragon Gem.

500 years later, a young girl named Raya (Tran) is tasked with protecting the gem, but a dramatic betrayal leaves the gem shattered and lost, allowing the Drunn to escape.

A few years after the monsters have returned to her world, Raya with her hybrid pet Tuk Tuk, seek out the last dragon, Sisu
(Awkwafina), to help her destroy the monsters yet again. She must travel to the other kingdoms to find the stolen pieces of the Dragon Gem.

Along the way, the duo will assemble their own ragtag crew. After all, what better team is there than one comprised of a quick-witted kid, a gentle giant, and a con-baby with her trio of Ongis (part-catfish, part-monkey creatures).

Raya is a clever and unyielding warrior who is hardened by past loss. Sisu, almost the exact opposite, is eager to explore the world she left behind 500 years ago. Sisu’s both humourous and trusting approach is quick to clash with Raya’s cautiousness and her stern belief that no one can be trusted.

With Sisu by her side, Raya learns that it takes more than standing up for what is right to win a battle. It takes putting trust in those around you.

In Raya and the Last Dragon, Disney once again redefines what it means to be a heroine, a concept that has evolved immensely in the past couple of decades. It’s refreshing to see a Disney female lead who’s confident and strong and who does it all without the magical assistance Disney Princesses usually receive.

The film is a visual masterpiece with its ever-changing landscapes as the characters travel across varying backgrounds.

The powerful fight sequences are also a first for a Disney Princess film. From swift blade fights to hard-hitting hand-to-hand combat each fight in the film was as intense and eye-catching as the character’s designs.

Most of all, the characters were relatable in their loss and their struggle with trust. Raya and the Last Dragon is a tale of hope for a better world and learning to trust in others to gain peace and unity. The film’s thematic message is one that is timeless and could not be more currently relevant.