“Enola Holmes”: A tale filled with action, feminism and a hint of mystery 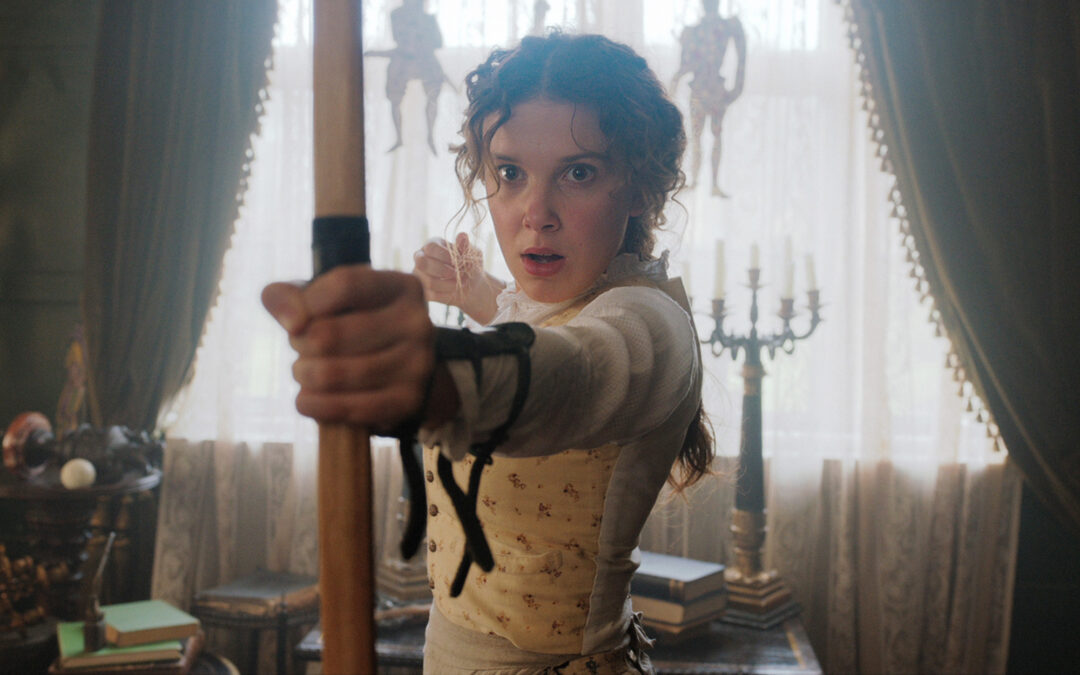 From jumping off trains to using jujitsu against a hired killer, Enola Holmes is a nonstop period film filled with comedy, action and fourth-wall-breaking.

Based on the Young Adult series The Enola Holmes Mysteries by Nancy Springer, the film adapts the plot of the first book, The Case of the Missing Marquess. The Netflix film was directed by Harry Bradbeer, written by Jack Thorne and stars Millie Bobby Brown as the positively witty Enola Holmes.

Enola wakes on her 16th birthday to find her mother (Helen Bonham Carter) missing, which causes her to reunite with her estranged older brothers, Sherlock (Henry Cavill) and Mycroft (Sam Claflin). Once Mycroft observes the environment of Enola’s upbringing and her behavior, he becomes determined to send Enola to boarding school. While she attempts to evade her brothers, Enola sets off to find her mother. During her journey to London, she crosses paths with Viscount Tewkesbury and finds herself involved in a second mystery. Who is trying to kill the young Viscount and why?

Enola Holmes is a young teen that defies the 19th-century societal norms of women. Instead of teaching embroidery, her mother taught her about literature and science. Enola was raised to be independent. After all, Enola spelled backward is “alone.” She is a clever, yet humorous protagonist with a mind smart enough to rival Sherlock. With Brown’s charming performance and Enola’s constant 4th wall-breaking asides, Enola Holmes is quite enjoyable for family movie night.

The story centers on themes of feminism and social activism. A big yet underlying part of the plot is the women’s suffrage movement and their attempt to pass legislation for equality. This period piece film tackles topics such a woman’s rights by presenting a strong female character that rejects the standard.

The movie is not as mysterious as you might expect, considering one of her brothers is Sherlock Holmes. What makes the movie interesting is that it is an emotion-filled adventure with a touch of feminism, brimming with action at every corner, as the audience watches young Enola take on an unfamiliar world. After all, this isn’t the tale of Sherlock Holmes, but a tale of the delightfully captivating Enola Holmes.