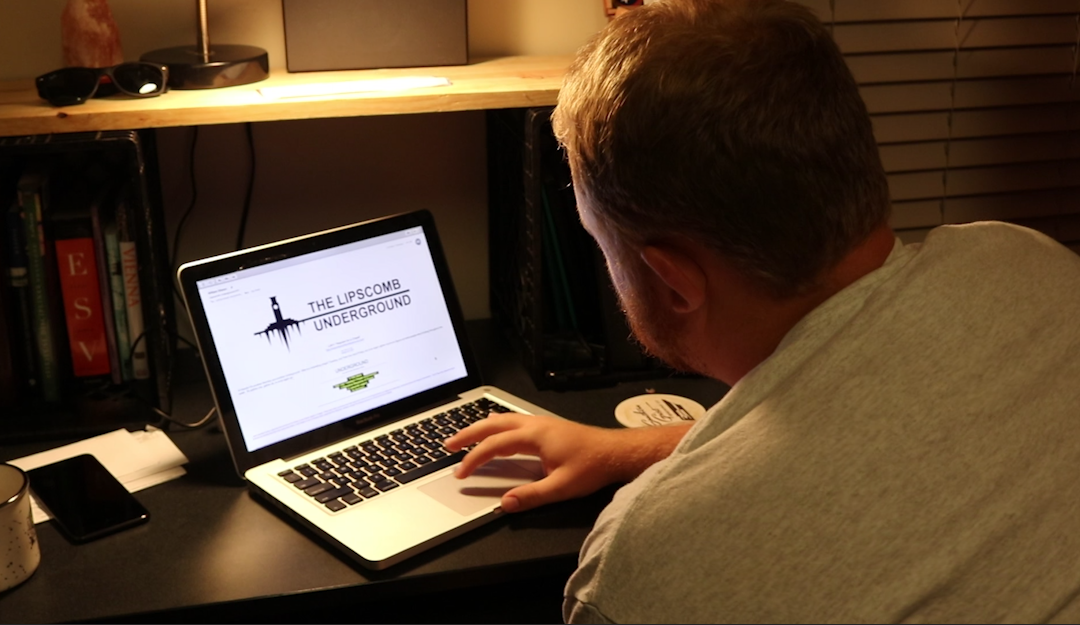 According to their first issue, the Underground was meant to be a free and open-forum news source for Lipscomb’s campus, relying almost entirely on student discussion for its content.

In efforts to stay true to the original intent, the new host senior William Sisson wrote in the first issue since 2008, “This is college. We should be able to spread our ideas without fear of administrative retaliation.”

However, when asked about the publication, host Sisson responded, “What’s the Lipscomb Underground?”

According to the website’s detailed archives, former hosts have also declined to interview or give statements to Lumination News, formerly known as The Babbler. Considering this, Sisson’s response is an attempt to follow in the footsteps of former hosts and preserve the tradition of shining the spotlight on the student voices through the website rather than on the host.

One former contributor who knew the original hosts still calls Lipscomb’s campus home. Lipscomb’s Assistant Director of Security Patrick Cameron said the beginning of the Underground was far from an underground paper as it was once sent to the White House and the Space Shuttle.

For Cameron seeing the revival of the Underground is especially encouraging as part of the Lipscomb faculty who is interested in unbiased student perspectives.

“I’m grateful to see it come back. It is good to give the students an outlet that they feel is theirs,” Cameron said. “For many students, traditional publications and traditional forums on campus are not something they feel comfortable expressing their real opinion to, and the Underground gives them an opportunity to share what they really think.”

Senior and Lipscomb Underground subscriber Jay Klein is only a recent patron, and he says he sees the Underground’s role on campus as a facilitator and encourager of free-thinking and discussion.

“I think the perception of the Underground on campus is initially, ‘Oh, what’s that? That seems kind of sketchy. Why is it underground?’” Klein said. “But I think once people are hearing about it from their friends and also reading it for themselves, people are realizing it’s actually a pretty good forum for some laughs and also some discussion about maybe some more controversial things on campus.”

Co-Managing Editor of Lumination Network Becca Risley thinks some of the more controversial issues come from the Underground itself. As a journalist, Risley respects the strides the newsletter makes at uncensored speech for students, but the efforts are often made at the expense of balanced journalism, due to the degree of anonymity the Underground gives its contributors.

“It may not be advertised as a newspaper trying to be journalism, but I think that’s the gap that it’s trying to bridge with the free speech connotation and how we’re supposed to have freedom of speech as journalists and as people but a school like this doesn’t really let you have free speech in the journalism world,” Risley said. “They’re trying to bridge that gap by giving us space for that, which I admire, and think is a good idea, but I also think they’re going about it in an anonymous, very confrontational way which gives them no merit at all.”

“Each filled a different niche. The Babbler, for those who aren’t aware, was our school newspaper. My roommate was editor of The Babbler at the time. I was his copy editor, I was a writer and I did different things with the Babbler, so we filled one niche,” Cameron said. “The Underground filled a different niche, and that was free-form of communication that the students were able to express themselves more freely than they could in the regular paper.”

For Risley, the niche for free speech is still one students sorely need today. Whether or not she believes the Underground will provide an appropriate forum for student voices to be heard, Risley’s involvement with Lumination Network has proven the amount of censorship faced by school-sponsored publications at private universities.

“We can’t say anything bad about the administration. I have several opinions I would like to put out there, but because I’m a part of Lumination, I can’t,” Risley said. “I don’t think that’s okay because the second I say something that is against what the university believes or the university stands for then we run the risk of losing donors and upsetting people.”

An example Risley told of a time in which she felt her free speech was limited by not being in line with the official university statement parallels what Sisson cites as his reason for reviving the Underground in the first place.

“An article was posted this summer called ‘The Sin of Silence’ by Nicole Marton,” Sisson wrote. “In it she speaks out against double standards on campus as illustrated in the silencing of a less-than-conservative message on the Bison– God-forbid Lipscomb doesn’t appear ‘perfect’.  Her article generated a lot of discussion, but what got me is that she felt like she had to wait until after she graduated to speak her mind.”

“We wrote a story last semester about the PAX on campus when they painted the bison rainbow, and the amount of people I upset by doing that was ridiculous,” Risley said.

This story unifies the two publications in a cry for freer speech on campus, despite differences of opinion of how that should be accomplished.

More information about the Lipscomb Underground can be found written on dry-erase boards of select classrooms, taped to bathroom stalls, or at www.lipscombunderground.com.