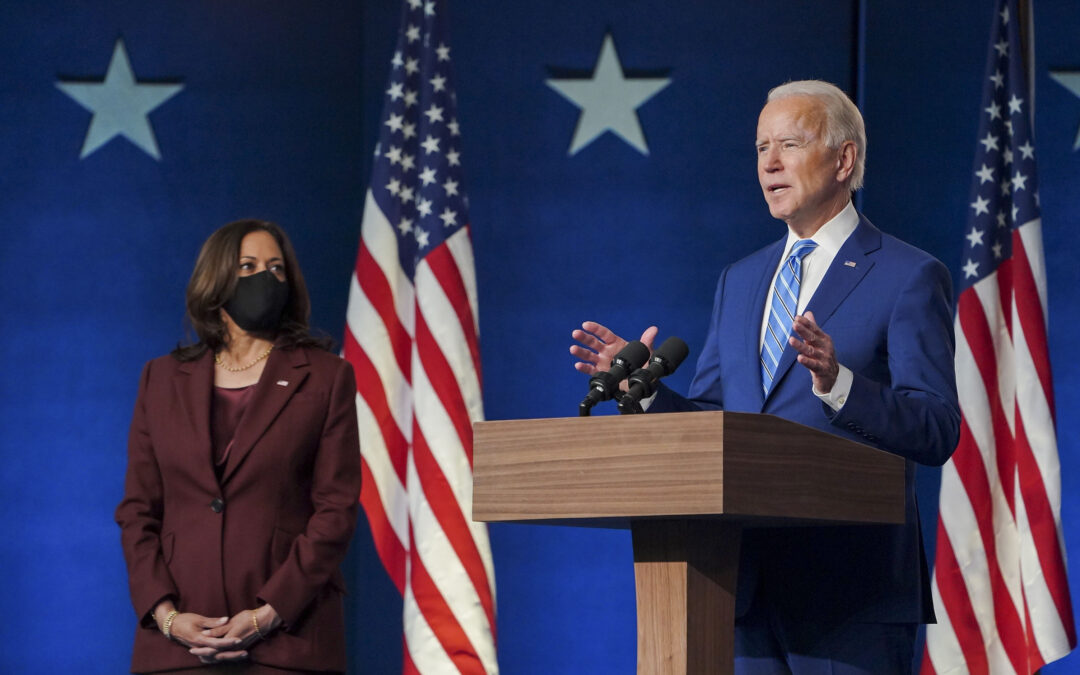 After a long election season, clarity finally came to the 2020 presidential race when it was announced by the television networks and other media that Joe Biden had secured the necessary electoral votes to take him to the Oval Office in January.

The race to get to the necessary 270 electoral votes ultimately came down to Pennsylvania, a state that went red for Trump in 2016 but shifted blue this year.

Up until Trump’s election four years ago, Pennsylvania, Michigan and Wisconsin were considered the so-called “Blue Wall,” generally secured by Democrats. This year, they returned to that pattern.

Another monumental moment for American history was made as well in the election of Joe Biden: Kamala Harris will become the first female, and woman of color to hold the position of vice president.

Lipscomb students, interviewed in advance of Biden’s speech to the nation Saturday already felt like celebrating.

“If Biden wins, I might cry of happiness,” said Audrey-Ange Tsafack, a Lipscomb biochemistry major. “I would be so overjoyed because it would bring me faith in humankind again.”

Biden ran on the premise of “restoring the soul of the nation” after turbulent years of racial and political divide during the Trump administration came to a head this summer in a country already reeling from the COVID pandemic.

Born in Scranton, Pennsylvania, Biden went on to become a U.S. senator representing Delaware before becoming vice president for Barack Obama between 2008 and 2016.

His policies focus on “building America back better” through defeating COVID-19, recovering and creating jobs as well as creating affordable healthcare. Saturday night, when his victory was celebrated in his adopted hometown of Wilmington, Delaware, he made it clear that defeating COVID will take center stage, with a plan in place on the date he is inaugurated.

“It’s hard to be super excited one way or the other,” Lipscomb student Kate Clawson told Lumination ahead of election night. “Overall, I do wish that we could have had better options…Out of the two, he [Biden] is something that I prefer just for the safety of a lot of my friends and being worried about certain rights being taken away”

While ballots are still being counted in certain states, Biden has surpassed the threshold of 270 electoral votes, according to political statisticians.

Trump so far refused to acknowledge the Biden victory. He has already announced the intent to pursue legal action against Georgia, Michigan and Pennsylvania, but his family has been advising him to concede graciously as soon as possible.

Biden and his vice president-elect tweeted about the positive changes they hope to bring to America.

Trump’s bitter Tweets have been labeled baseless and untrue by Twitter and by legal experts and political observers, however.

First, from the president-elect:

America, I’m honored that you have chosen me to lead our great country.

The work ahead of us will be hard, but I promise you this: I will be a President for all Americans — whether you voted for me or not. I will keep the faith that you have placed in me. pic.twitter.com/moA9qhmjn8 — Joe Biden (@JoeBiden) November 7, 2020

To beat this pandemic. To rebuild our economy. To root out systemic racism in our justice system and society. To combat the climate crisis. To heal the soul of our nation. The road ahead won’t be easy. But America is ready. And so are @JoeBiden and I. — Kamala Harris (@KamalaHarris) November 8, 2020