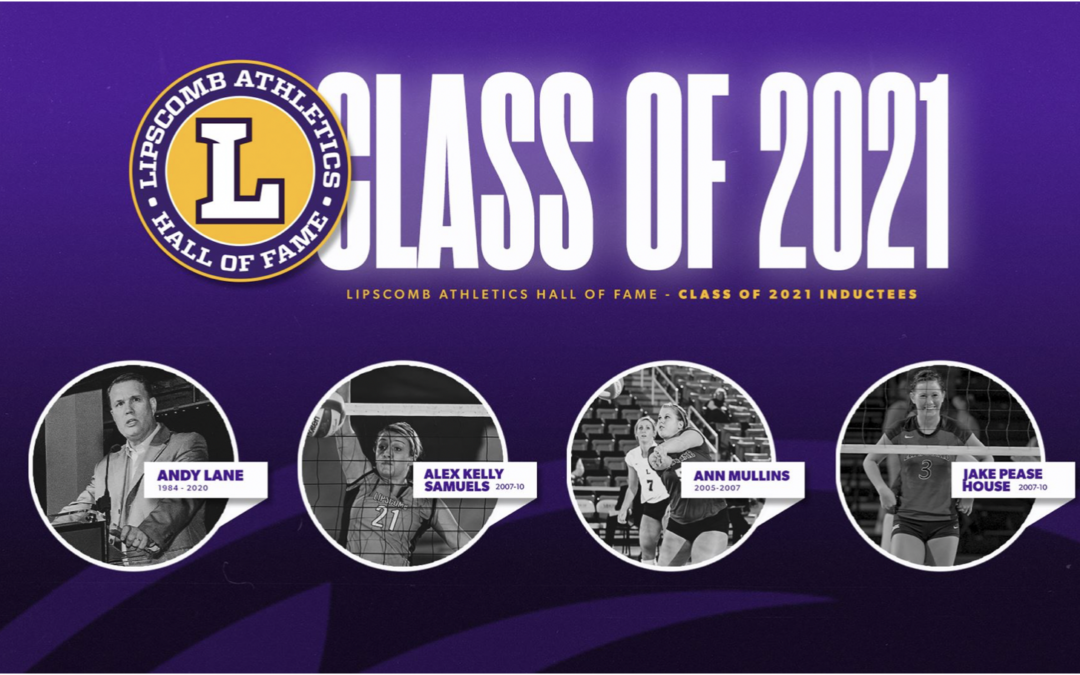 The ceremony took place during homecoming weekend and began with an address by Lipscomb President Candace McQueen, who spoke on the importance of athletics in the university.

“Lipscomb was a great place to grow spiritually and help with my goal orientation,” McQueen said. “That is really a testament to what our athletic programs have done for so many other athletes.”

All four inductees gave heartfelt speeches to an audience filled with friends and family, after reminiscing on all that they had accomplished. Athletic Director Philip Hutcheson commented on the strengths of this hall of fame class.

Hall of Fame inductee Andy Lane, who spent 33 years working for the athletic department in various roles, was thankful for the experience and what the ceremony cemented for his legacy.

“It’s such an honor, having worked here a long time, and to be on the other side of an event like this, it’s so humbling,” Lane said. “I am just so thankful and blessed to have this opportunity.”

Along with celebrating the four new inductees, the ceremony also provides a platform for inspiration to future generations of Lipscomb Hall of Fame athletes.

“We had some younger people in the crowd today that had some stars in their eyes as they were watching,” said Hutcheson. “And who knows how far the impact of these inductees will reach to inspire others to do great things themselves?”

With all of the memorable experiences, Lane says the relationships he made were the most impactful.

“It was sort of amazing how I got to this point, and no doubt God was working in my life,” Lane said. “The people I met are absolutely amazing and that explains Lipscomb, it’s always the people.”

The four inductees will be memorialized by plaques that will hang in Allen Arena.