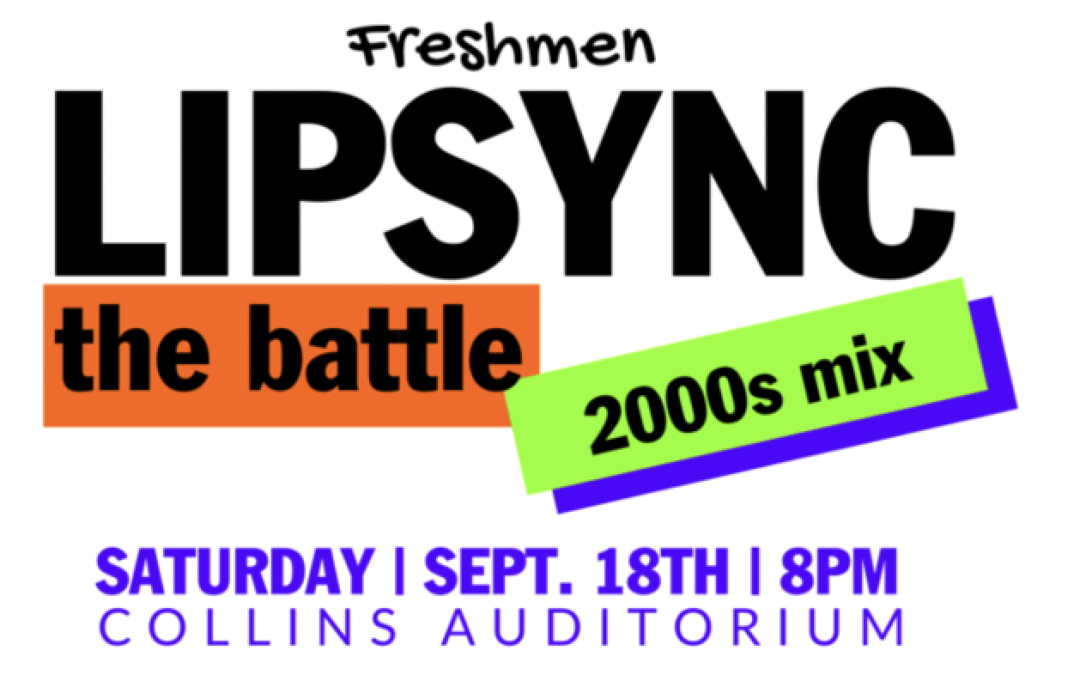 What was the most iconic event between the years 2000 and 2010? The release of Kelly Clarkson’s song “Since U Been Gone”?  Bedazzled jeans? The first Twilight movie?

While there are many staples to choose from, they pale in comparison to the most important world premiere of all: The birth of the students in the Lipscomb University Class of 2025. Most undergraduate students on campus were born between 1999 and 2004, which makes the early 2000s an important time for the Bison Herd.

To welcome this year’s Freshmen Class to the Lipscomb family, the Office of Community Life is hosting a Freshmen Lipsync Battle on September 18th. The theme for the battle is 2000s Mix.

The event will feature songs released between the years 2000 and 2010, as selected by the 10 competition groups. Groups may perform a mash-up or a single song, utilizing up to four minutes. Performance groups will consist of up to 30 students and approximately seven students will serve as producers, assisting with marketing and logistics behind the scenes.

According to Kelsy Campbell, Coordinator of Student Productions and Social Clubs, Freshmen Lipsync Battle will provide a “get-to-know-you experience right off the bat” and “a feel for the fun of Lipscomb.”

Whether students sign up with friends or sign up alone, they will walk away from the event with shared memories and a strengthened sense of community. While the Bison Herd is experiencing Lipsync Battle for the first time, a rich musical tradition is well established at Lipscomb.

Each Spring, undergraduate students compete in the time-honored tradition of Singarama in which they must prepare the choreography, costumes, and singing for their performance.

The Lipsync Battle will allow students to have fun and gain performance experience before beginning preparations for Singarama. In fact, it is the popularity of Singarama that inspired the Office of Community Life to institute a similar event for Freshmen only in the Fall.

Lipsync Battle tickets will be sold to the community for $15 and to students for an estimated $5. T-shirts will be available for purchase to commemorate the event.

If you thought the music from 2000 was great, prepare yourself—it’s about to get a lot better. Bring it on, New Bisons!