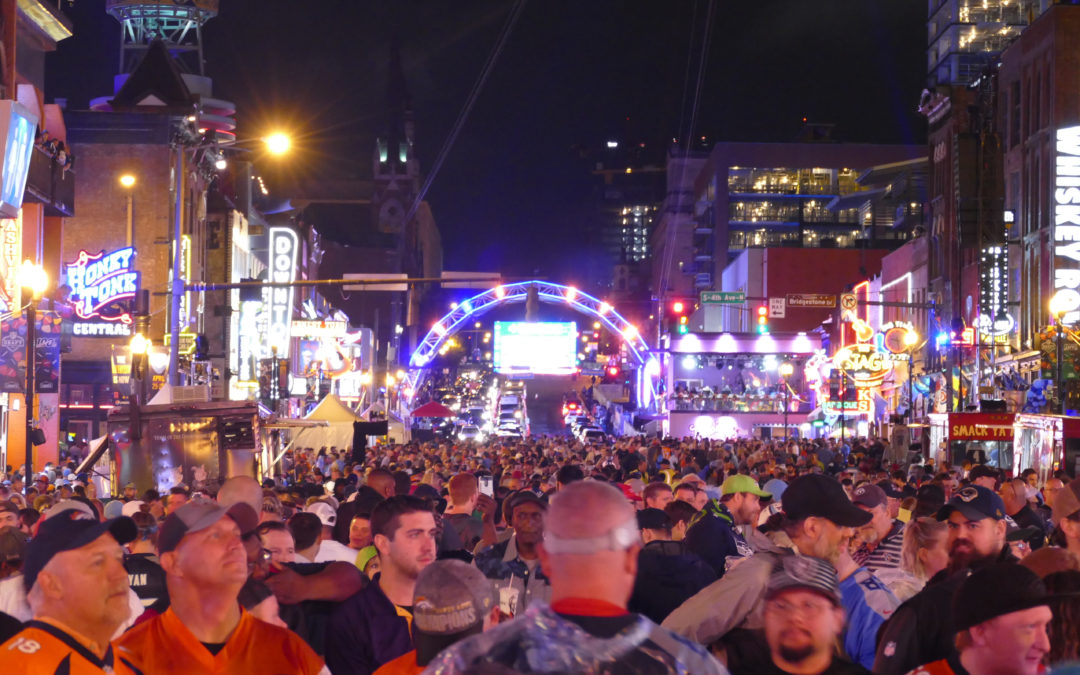 The NFL Draft is being held in Nashville this week for the first time ever.  An estimated crowd of over 200,000 people attended the first round of the draft on Thursday.

The NFL has taken over almost every inch of downtown. The main stage where the picks are announced is on lower Broadway, but the NFL is also holding a free festival across the Cumberland river in the parking lot of Nissan Stadium, called the NFL Draft Experience. The festival has photo opportunities with NFL memorabilia and trophies, chances to meet NFL players and free tours of the Titans locker room.

On Thursday, the “NFL Draft Experience” had Titans players Marcus Mariota, Derrick Henry and Corey Davis along with several other NFL players. The full list of player appearances for Friday and Saturday’s festival can be found on the Fan Mobile Pass app.  Attendees for the festival will need to download the Fan Mobile Pass app to be able to get access to many things.

Nashville has become the epicenter for many national media outlets this week including ESPN and the NFL Network. ESPN’s popular show “College Gameday” broadcasted Thursday night from Broadway.

Once the draft started on lower Broadway, the Arizona Cardinals selected Kyler Murray as the first overall selection. The hometown Titans picked later in the draft and selected Jeffery Simmons.

The following six rounds of the NFL draft along with the NFL Draft Experience festival will continue through Friday and Saturday this week.