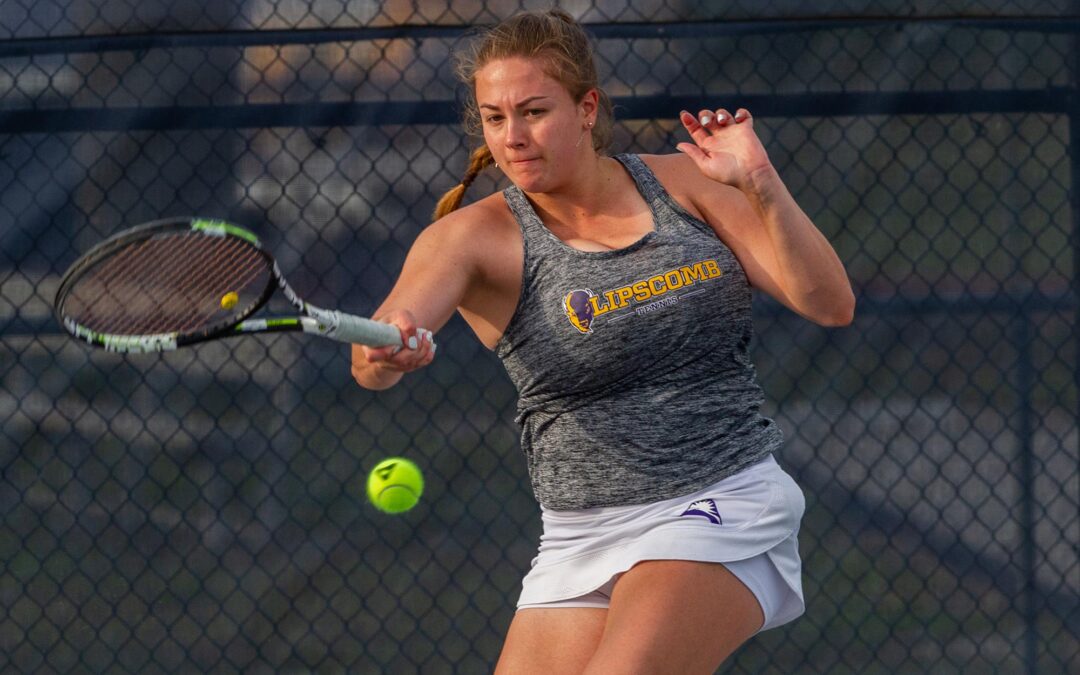 Kate Popova, Lipscomb women’s tennis co-captain since her junior year, has received many personal accomplishments and accolades since joining the team five years ago.

A native of Ukraine, Popova has played No. 1 in singles since she was a freshman, has had a winning record in ASUN play every year, and reached first-team All-ASUN status three times.

Popova gives credit to her team for helping her stay motivated and continue being a leader.

“I want to win at the end of the day, and I really want to win conference before I leave,” Popova said.

“This team really works hard and keeps you motivated to get better every day.”

Women’s head coach Jamie Aid commends the leadership Popova has brought to the team and the dynamic that she has created within it.

“There’s a lot of standards that are more or less driven by the team, and our captains put that together,” Aid said.

“We have a team full of girls from all over the world, and Kate has done a great job making the culture of the team feel like a family.”

Co-captain of the team Maddox Bandy also lives with Popova and considers her one of her best friends. Maddox has known Popova since she came to Lipscomb and has seen her leadership skills turn the team culture into what it is today.

“It’s awesome to be team captains with her, because she pulls her own weight, and is not overbearing in any way to any of the players,” Bandy said.

“She is also our No. 1 player on the team — which I think is really inspiring to all the other players with her playing ability — but is so fair and kind and genuinely cares about how the team is doing.

“She is a natural-born leader.”

Many of the women’s tennis players are from different countries, including Popova, originally from Donetsk, Ukraine. Popova said the dynamic is completely different, not having played with a team before.

“I was used to traveling with my mom and coach, playing by myself before coming over to Lipscomb,” Popova said.

“Coming over here and playing with a team changed a lot, the way I felt on the court, the way I practiced, and how I performed.”

Co-captain and Popova’s roommate Bandy also found the experience of meeting someone from a different country eye-opening.

“I feel like as Americans we don’t know how different it is outside of the country and what they are like,” Bandy said. “And having Kate as one of my best friends, it opened my eyes to be very grateful for what I have grown up with and enlightened me on the different cultures around the world.”

Popova also loves the multi-cultural aspect of the team and says it’ll be one of the things she misses most when her years at Lipscomb finally end.

“We have such a diverse team, with teammates from all over the world, having a conversation with all of them at once is kind of surreal.”

Popova and the women’s tennis team will have two more tournaments later this month before resuming their season in January.