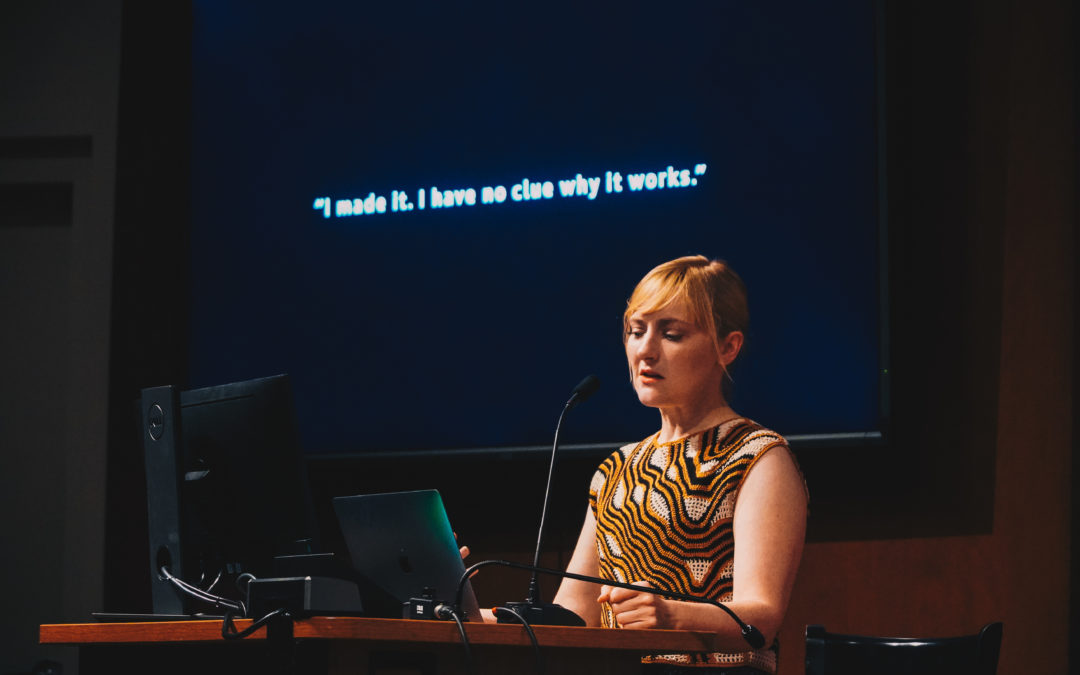 What can paper do? If you ask acclaimed artist, Kelli Anderson, she would say “the possibilities are endless.”

On Monday, September 9th, Anderson visited Lipscomb University to talk about her work as a paper engineer.

During her career as an artist, she has worked with institutions such as the MoMa, NPR and The New Yorker. Paper as a medium has become a unique focal point in her work because she loves exploring the complexities of a very mundane object.

Anderson spoke on how fascinating it is that something like a math equation can be so challenging when written on paper, but you can begin to understand the complexities of the once impossible problem by folding and changing the shape of the paper.

Anderson has taken paper and molded and shaped it into a camera, a planetarium, an instrument, and a speaker. 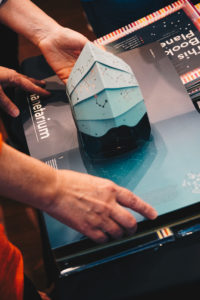 Throughout her notable career, she has taken art to a whole new dimension. Her love for paper, graphic design, and animation have turned her into a household name among artists everywhere.

Anderson’s mantra throughout her creative career has been, “why are lo-fi things so appealing to us in a world full of modern technology?”

Why is there a love for paper and pop-up books in a seemingly, only digital age? Anderson’s answer is simple, “There is this beautiful relationship between working with one’s hands and something that is only 2-D or digital plane.”

Since kindergarten, we are taught to work with our hands and solve problems hands-on, but we as a society have moved past those seemingly rudimentary years. Anderson’s art reaches back to those days of working with your hands to an even grander scale.

In her career, she has made a calculator that could determine a future job opportunity, a fake New York Times publication that sparked national attention, and even a record player made out of paper.

This concept is, as Anderson calls it, “Lo-fi magic.” Something that is perceived one way but morphs into something beautiful and unexpected. She has taken her passions and expanded them to teach both college students and children the complexities and love for seeing the unseen in art.

Throughout her life, she has developed a career centered around the tangible and unexpected. Her lecture was unbelievably captivating and engaging much like her line of work. Who knows what her next project will be, but one thing is for sure, it definitely will be more than meets the eye. 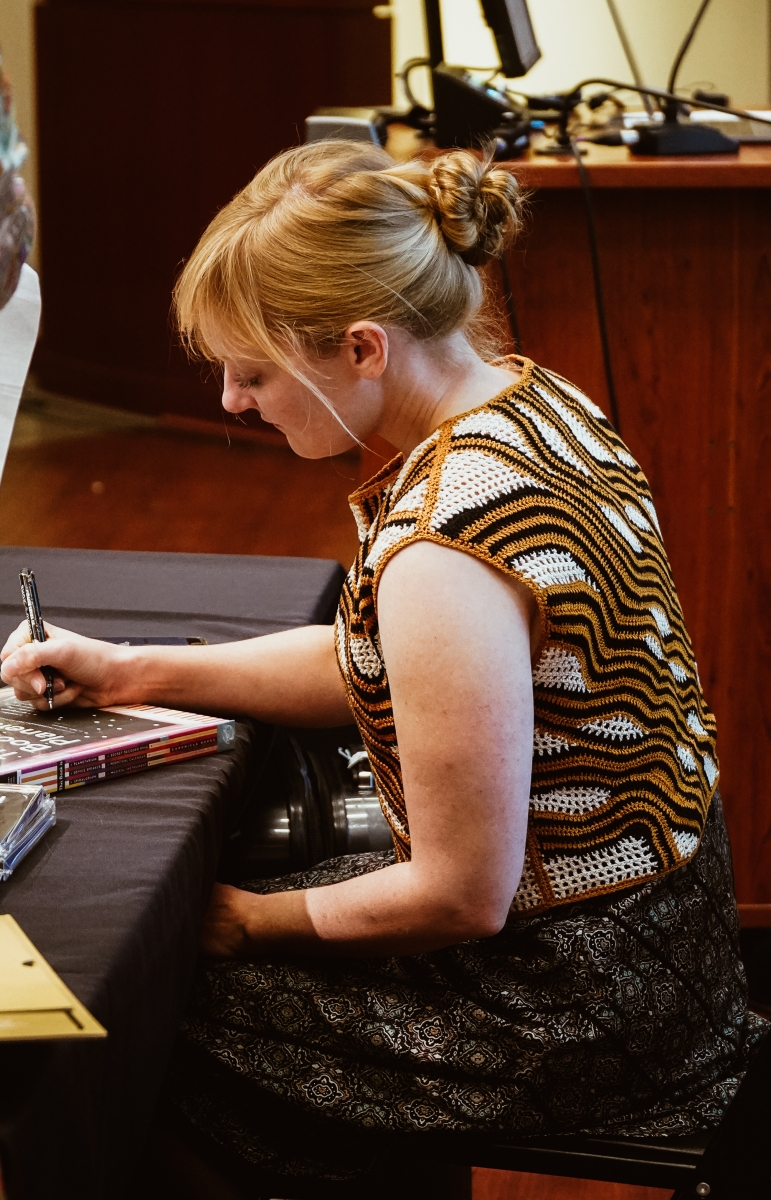 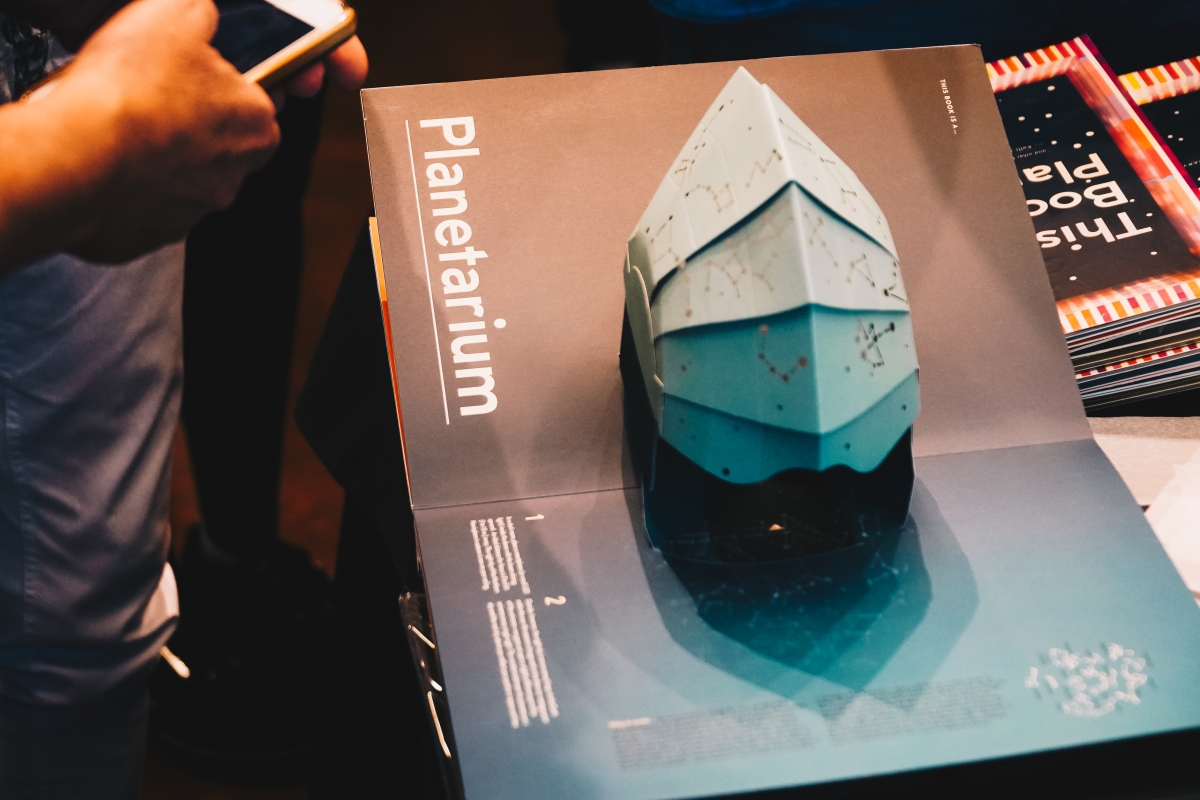 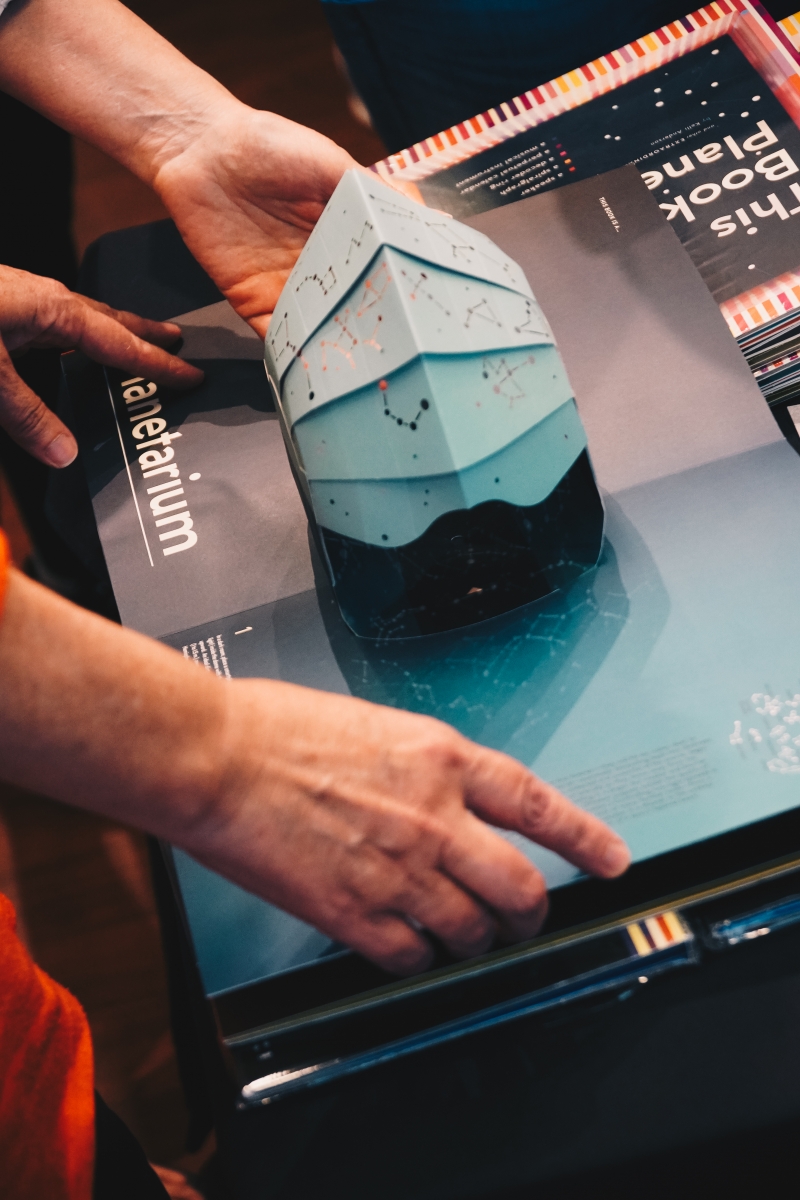 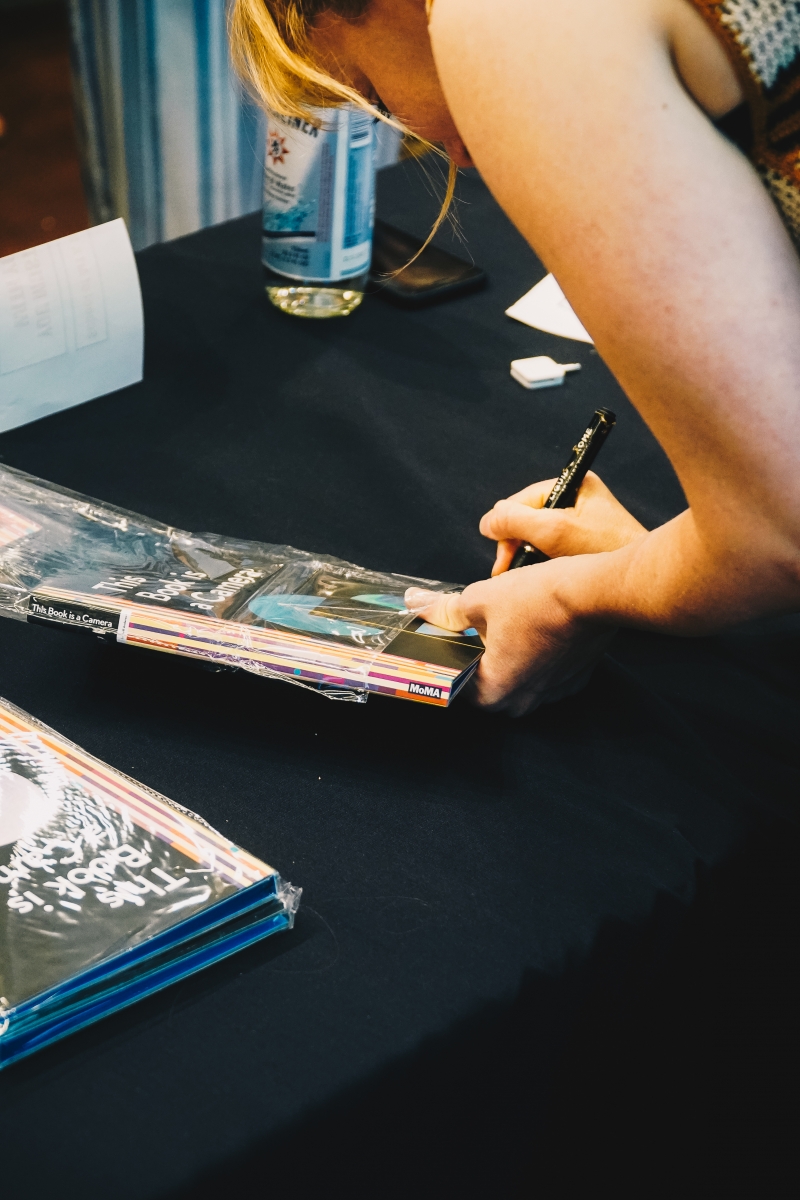 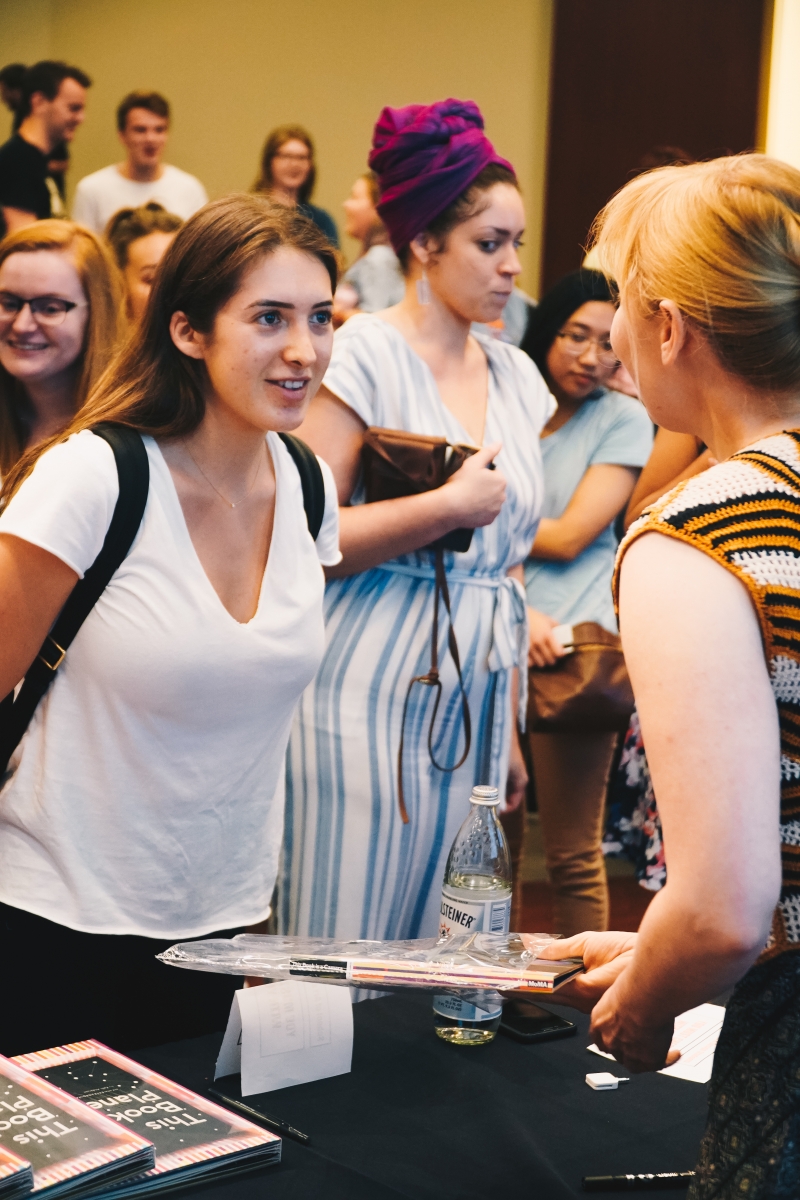 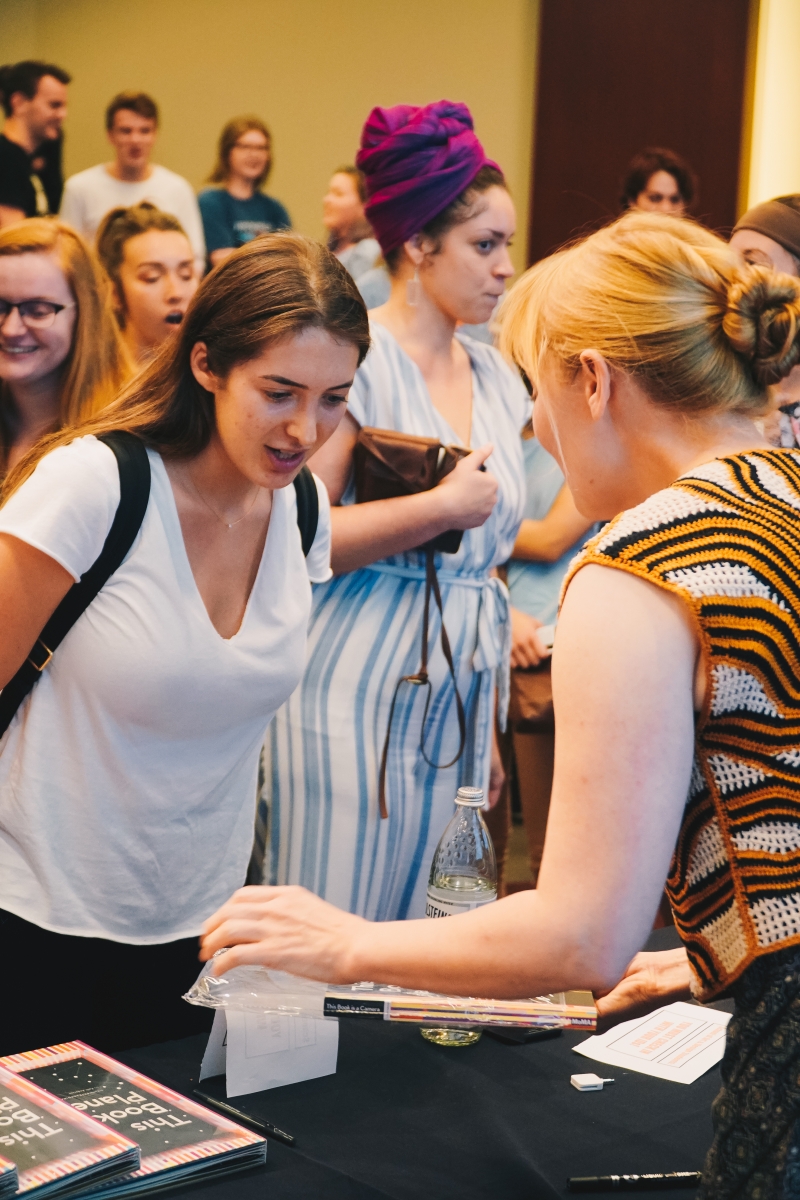 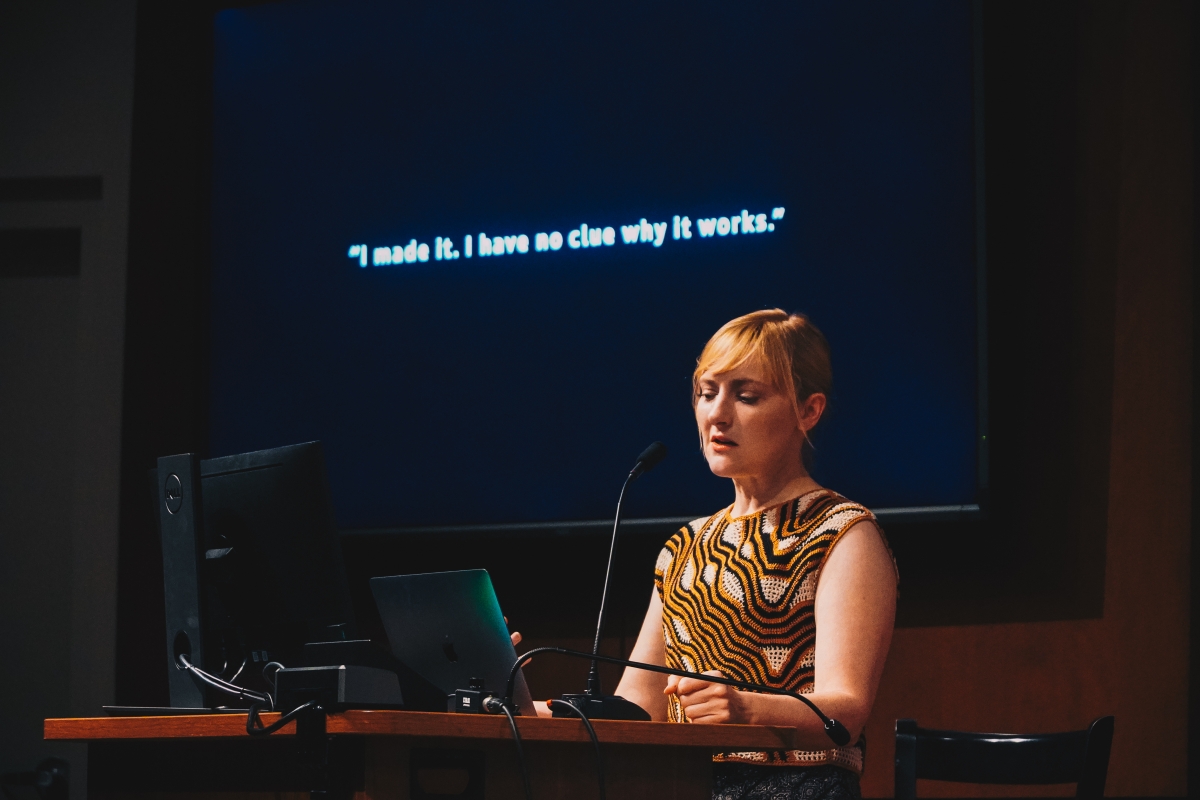 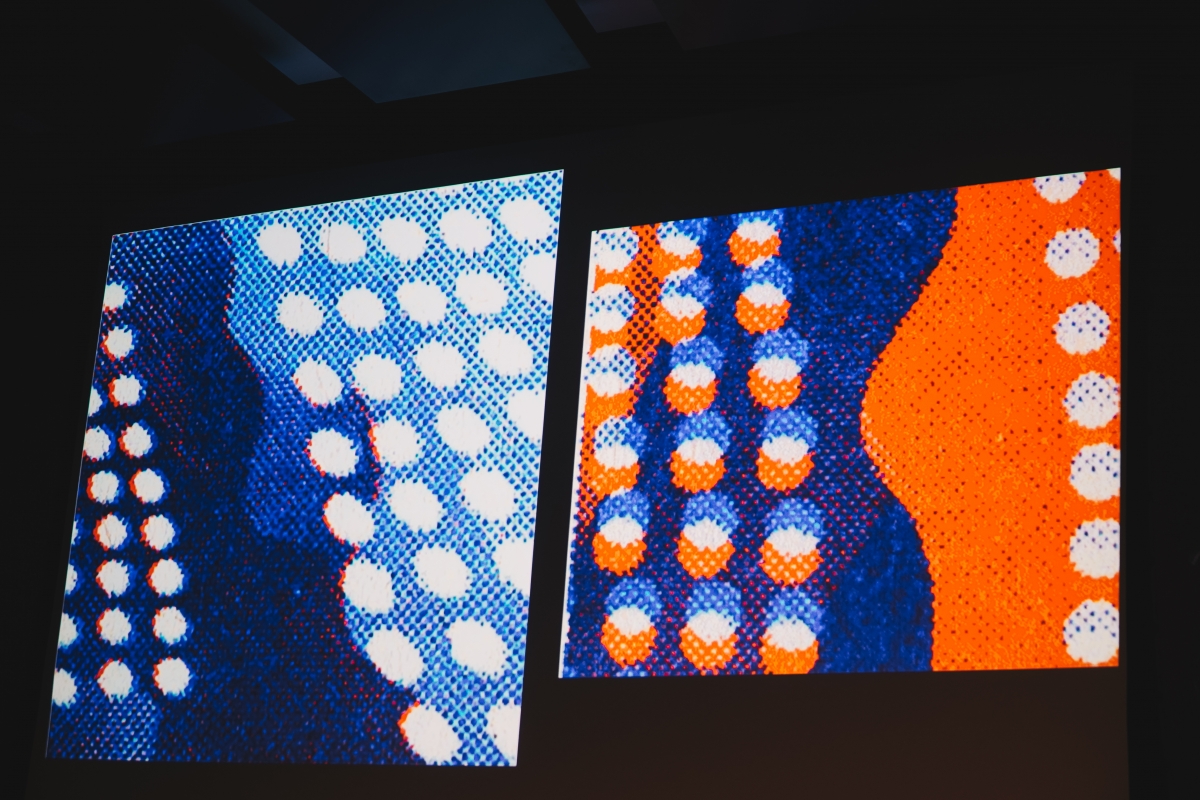 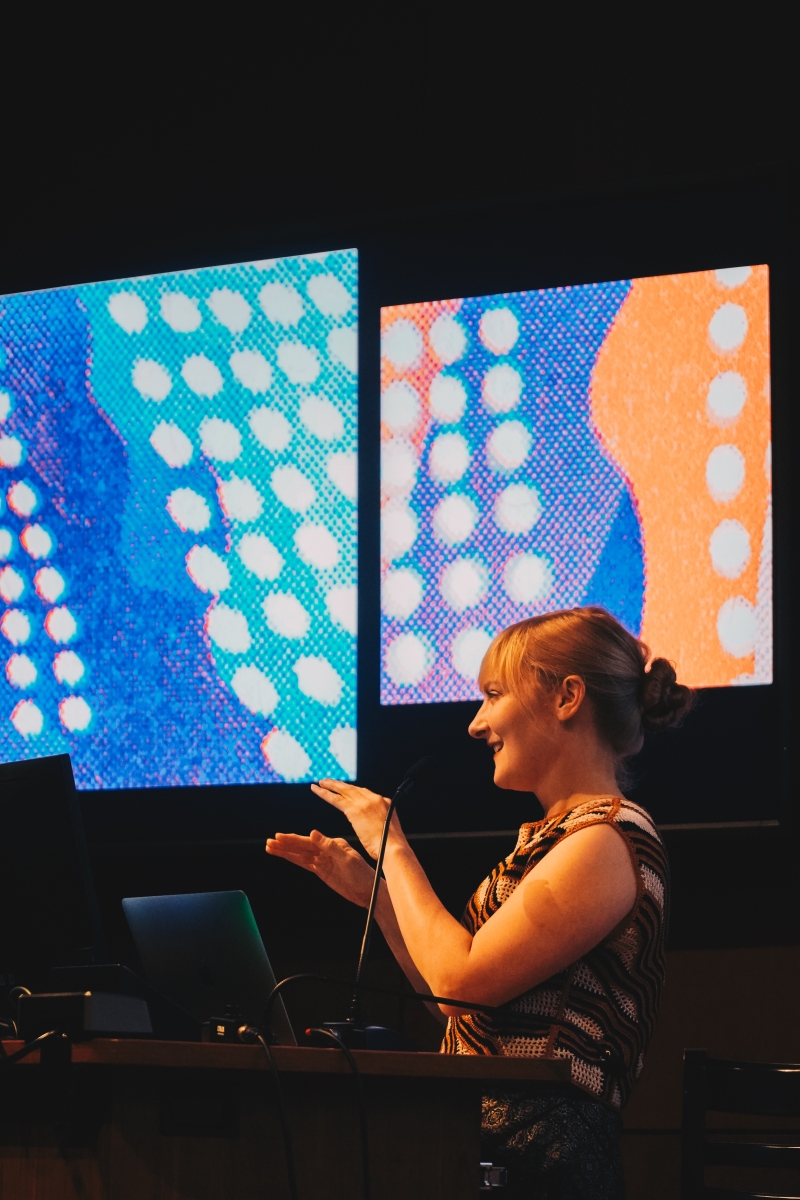 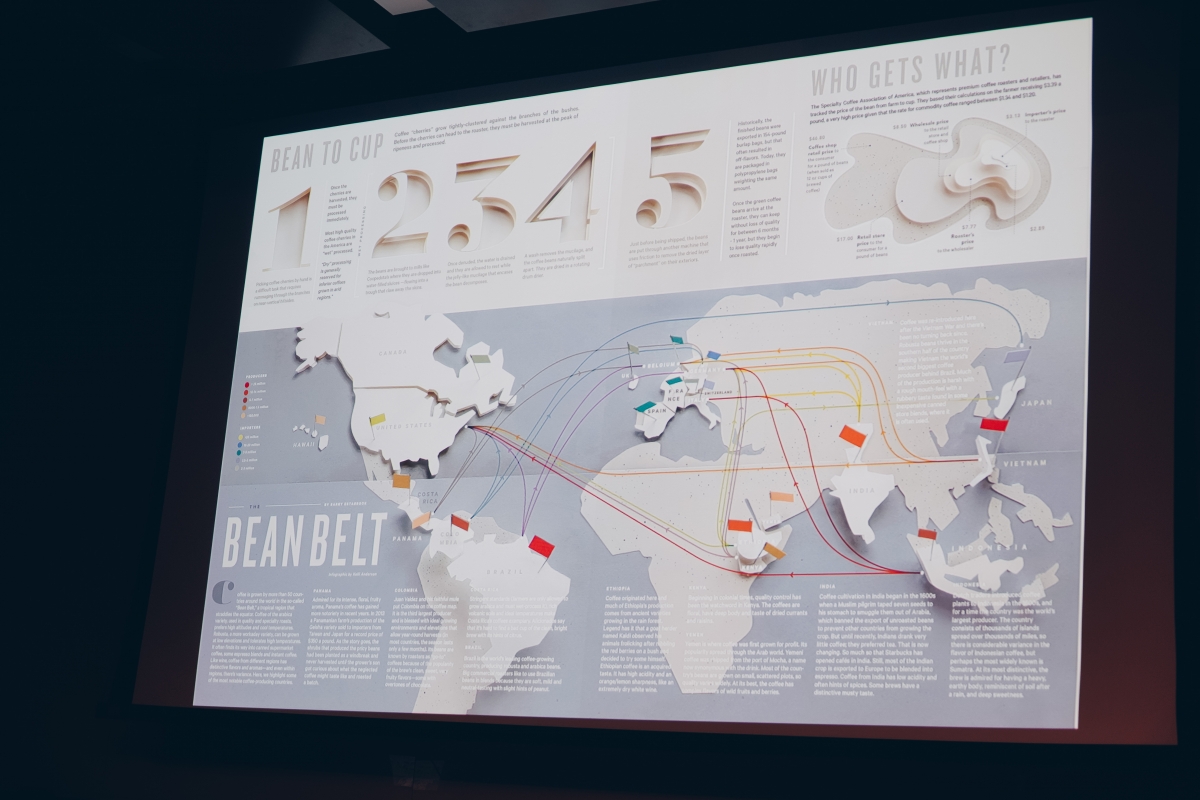 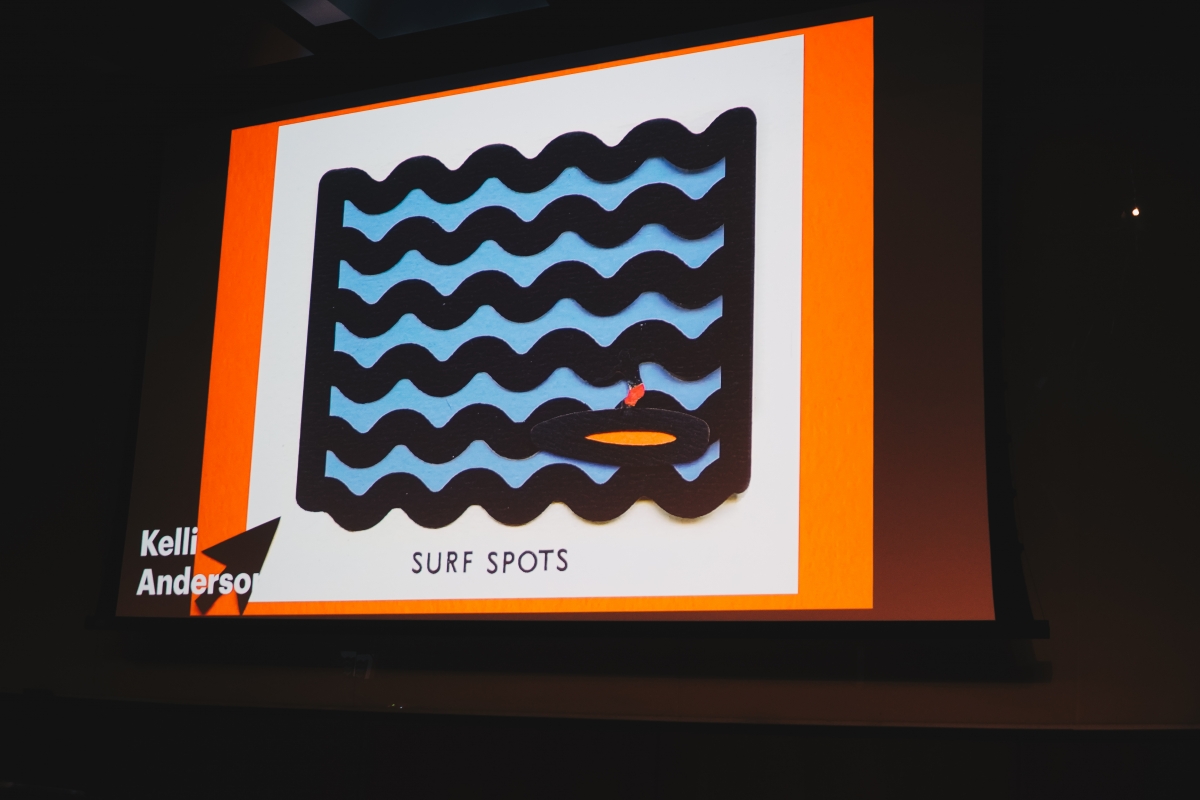 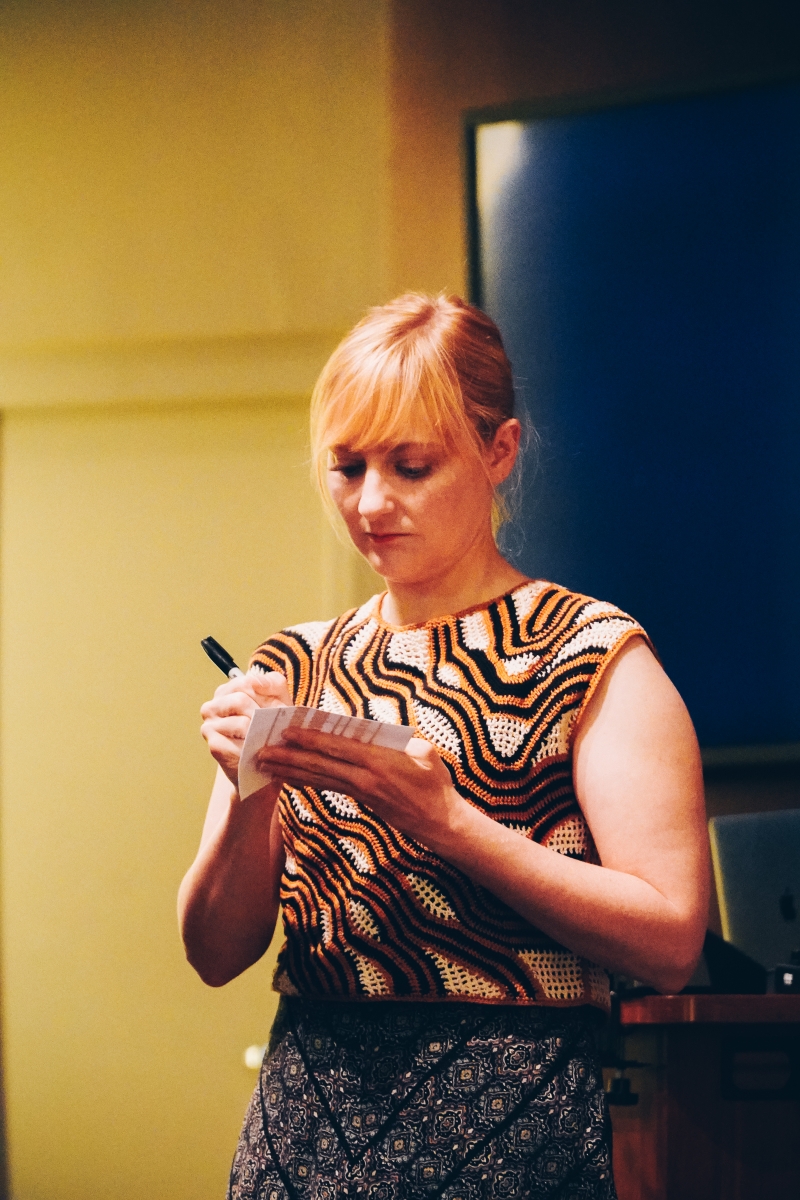 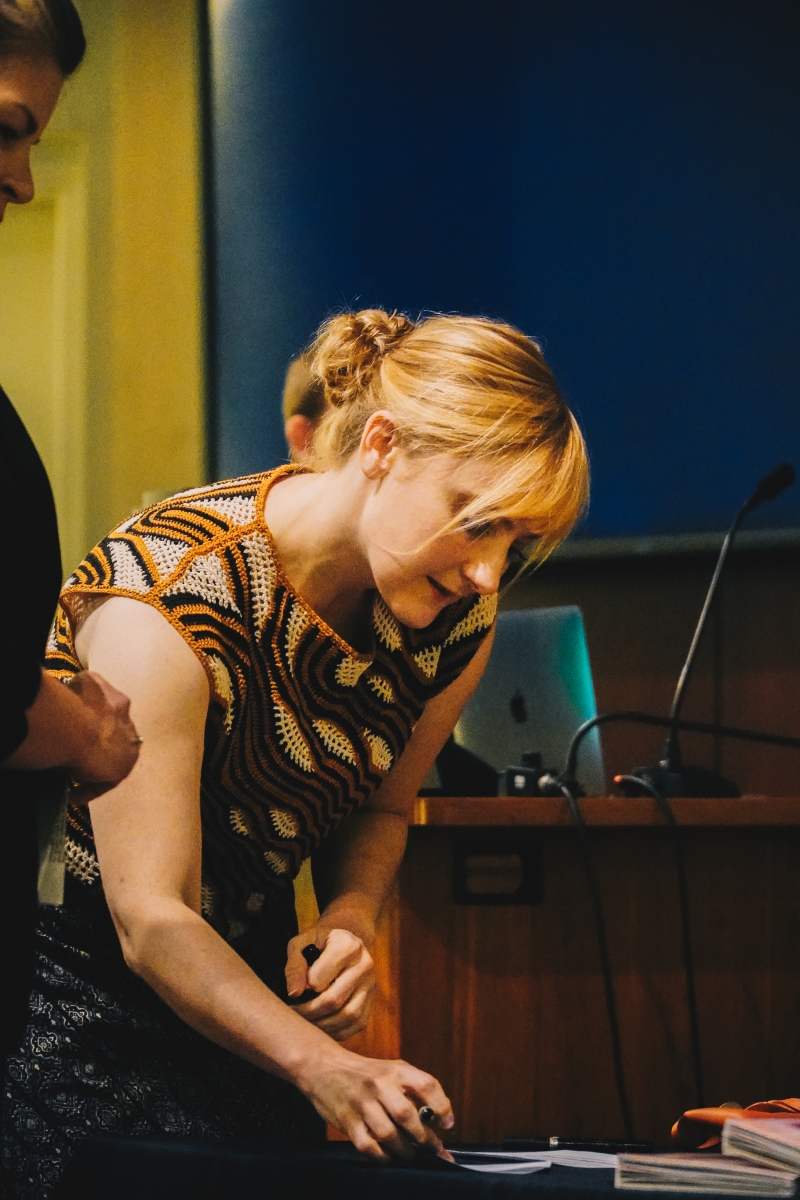