Lady Bisons are 2-13 after suffering another loss 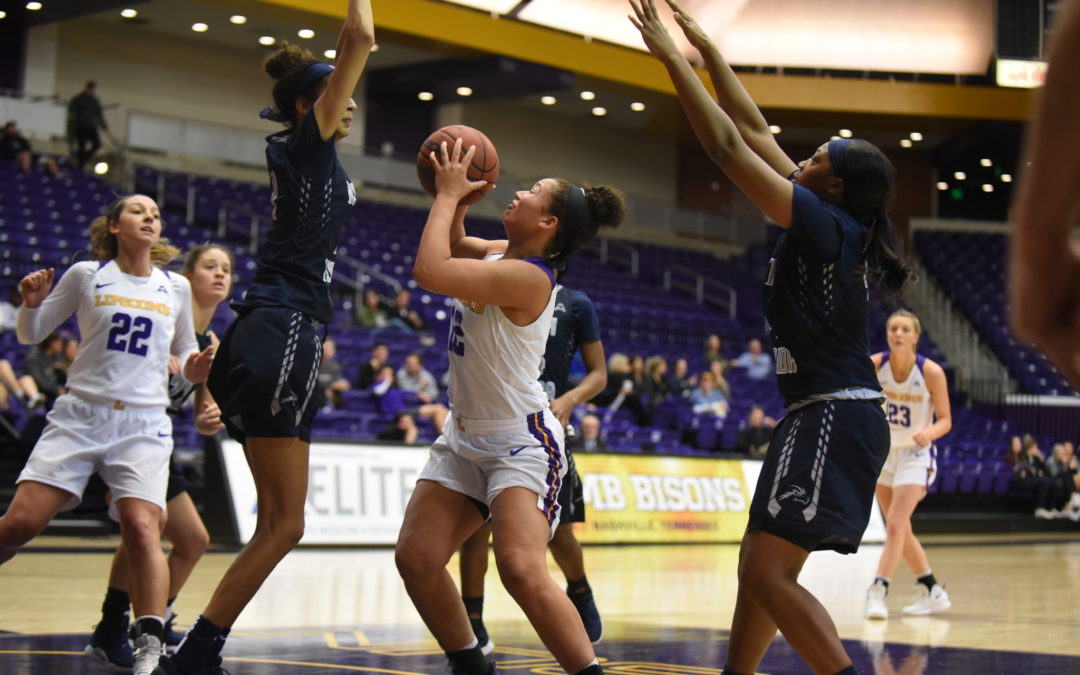 It’s been a rough season so far for the Lipscomb’s women’s basketball team as its twelve-loss streak continued with a 68-53 loss against North Florida Tuesday night.

The Lady Bisons (2-13) faced off against their ASUN rival North Florida (6-7) at Allen Arena with hopes to move forward from their losing streak. That hope was defeated as Lipscomb left the court with another loss.

On Tuesday, the Lady Bisons’ trouble was stopping turnovers from the Ospreys. By the end of the game, Lipscomb suffered a high 21 turnovers, and in the first two quarters a low field goal percentage. The Bisons just couldn’t seem to shoot or keep the ball well in the first half of the game.

The Lady Bisons had major trouble penetrating through North Florida’s defense and was mainly only successful in their free throws for the night. Lipscomb is in the top five in the ASUN for free throw percentage, and for most of the night that percentage was at 100%.

Lipscomb’s junior starting guard Carleigh Short took the first shot of the night — a three-pointer that put some numbers on the board early for Lipscomb. By the end of the game, Short left the court with a total of seven three’s for the night.

The Lady Bisons will be looking to end their losing record as they take on another ASUN rival. Women’s basketball continues home play this week, taking on Stetson Saturday at 1:30 p.m.

Coach Greg Brown was not made available for comment following the game.