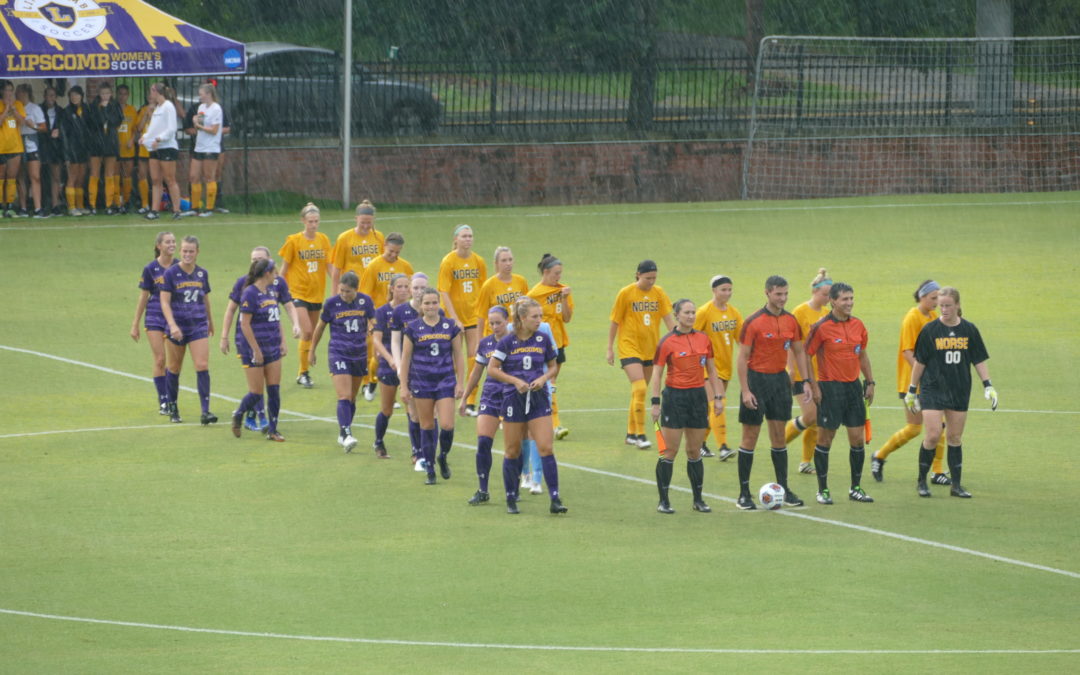 The women’s soccer team defeated Belmont, 2-1, Sunday in a rain-spattered Battle of the Boulevard.

“It was a really tight game. You never know in women’s soccer how the ball is going to bounce,” said Bisons coach Kevin O’Brien. “I’m really proud of the response that they dug deep and kept going and going and going and persevered against the most organized and athletic Belmont team I have seen in the past five or six years.”

The first half started slowly, with neither team able to find the back of the net while Lipscomb took eight shots to one from Belmont.

“I’m happy that we continue to create good goal-scoring chances,” said O’Brien noting the failed shots. “We have to continue to work on our finishing, so we can maybe convert more of our chances.

“I feel like in preseason we were flying, so we have to pick that back up and figure out ultimately why aren’t we maybe as efficient as we had been.”

The second half picked up when Belmont’s Paige Hewitt scored in the 53rd minute, but the Bisons dug deep and fought back.

“We had a decent amount of possession, and we were creating good chances,” said O’Brien, adding “… when you get slugged in the face and you’re not expecting it, you have to respond. It’s fight or flight. We are either going to put our head between our tails and walk away or we are going to answer the call.”

Olivia Doak answered that call in the 74th minute by scoring a goal and tying the game. The goal was assisted by Maycie McKay. Doak scored another goal, assisted by Hailey Eck, in the 85th minute to take the lead.

“I never wanted to give up and just wanted to make the most of every opportunity,” said forward Olivia Doak.

“If we keeping going at them and just be relentless, we are going to get them in.”

The next matchup for the Bison’s will be at Jacksonville State on Friday, August 30.