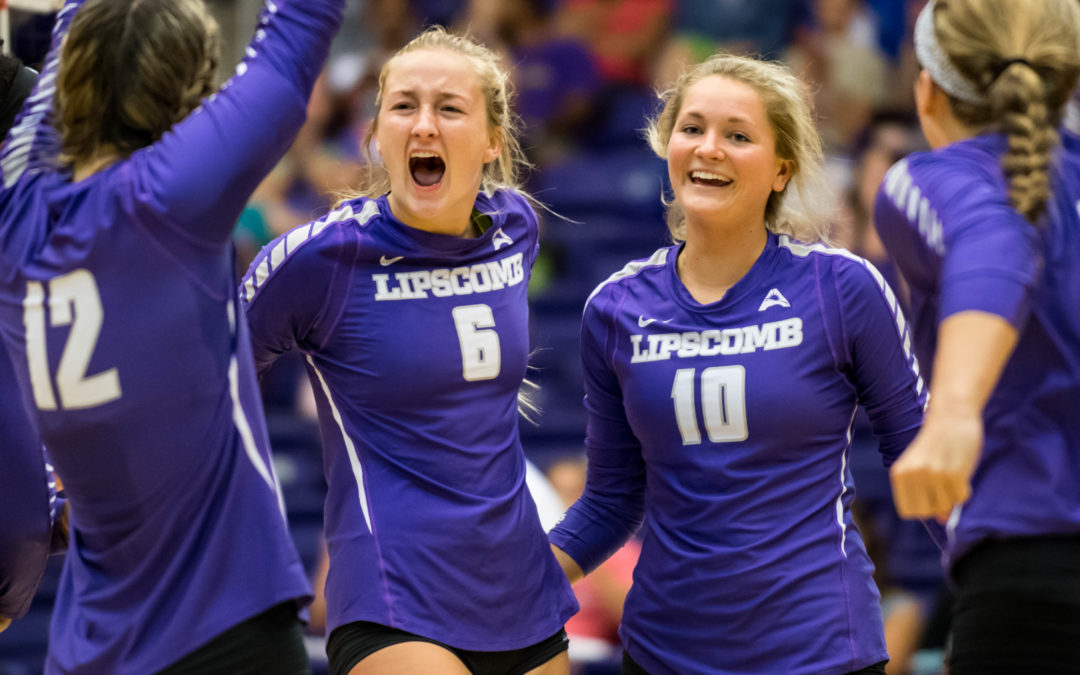 The Lady Bisons (6-7) ended the night with a 3-0 victory over the Lions (2-8) at Allen Arena. It was North Alabama’s fifth-consecutive loss.

Lipscomb also came into the opener with a three-match losing streak of their own. Despite their unfamiliarity with the Lions, the Lady Bisons quickly handled their new opponent.

“They are new to the conference so we weren’t sure what to expect,” Lipscomb junior Morgan Elmore said. “But we just came out excited to start the conference season, so I think we started focused and aggressive.”

Elmore started at setter for the Bisons and ended the game with 44 assists. Morgan said the team goes into each conference game wanting to make a statement, but that took on extra meaning against North Alabama.

“We knew they would be out to prove something since they are new to the conference, and we have built a reputation that makes people want to beat us,” Elmore said. “It’s always good to start the conference on a win, so that made it great for us moving forward to build momentum.”

The Lady Bisons breezed through the first set and beat North Alabama 25-11. After the Bisons set a fast pace in the first set, UNA came out ready to bring that same aggression in the next set. Lipscomb seemed to lose their focus as the Lions tried to tie the score.

“When playing a slower paced team we have to keep playing our game on our side, which is hard to do,” Lipscomb junior middle blocker Maddie Phillips said, “It takes constant communication to keep that focus, and I think we lost that during the second set.”

Even after a more difficult second set, the Bisons still prevailed winning 25-20 despite a lower hit percentage. By the third set, Lipscomb brought back their original energy and finished the best-of-five match early.

Phillips said that the team is ready for anything this season, and they’ll have to be if they want to be successful.

“We understand that not all games in the conference are going to be like this one, so we have to keep refining our skills,” Phillips said.

The Lady Bisons won the last set by a score of 25-13. They will play their second conference game this Saturday against NJIT in New Jersey.