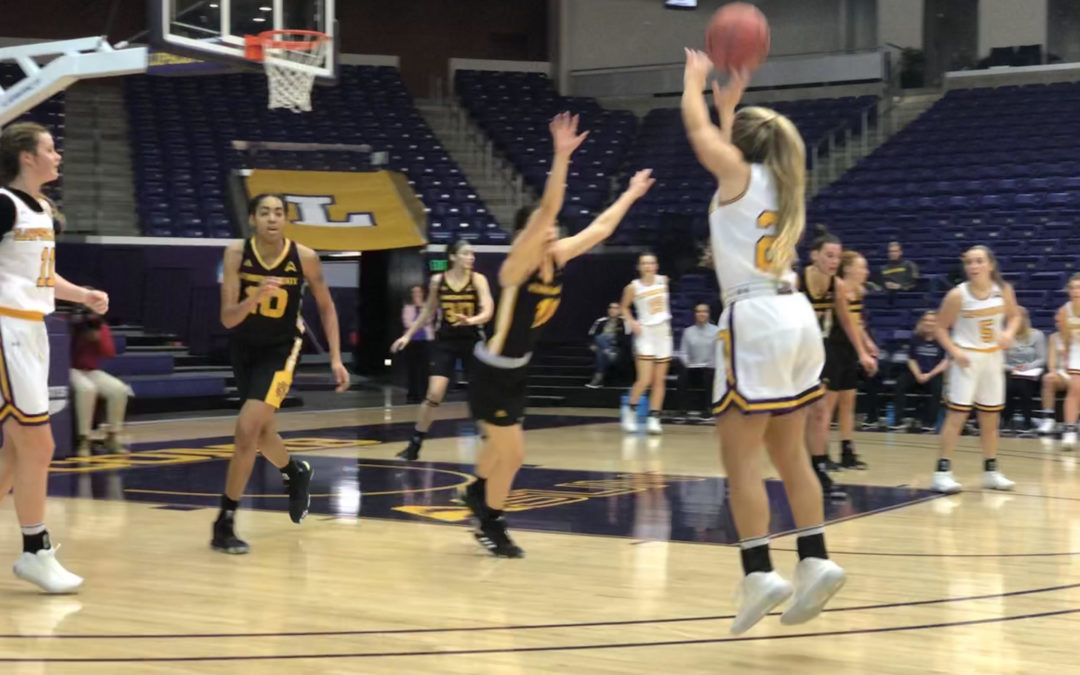 Both teams’ defenses played strong in the early minutes of the game, forcing turnovers and bad shots, to keep scoring slow. However, Lipscomb’s junior forward Taylor Clark was able to find her way to the basket and establish herself, scoring five of the Lady Bisons’ first seven points.

The first half was a sloppy one. Five minutes into the game, the teams had combined for a total of eight turnovers.

Lipscomb was able to improve on that front. Kennesaw State was not and finished the quarter with eight total turnovers and the half with 13, including several travelling violations.

Despite this difference, much of the half was very close. Kennesaw State was able to keep the Lady Bisons’ leading scorer, freshman guard Jalyn Holcomb, in check. She had only four points in the half.

The Bisons were also severely outrebounded throughout much of the first half, by a margin of 20-10 by its end.

Lipscomb was finally able to put a scoring run together in the late stages of the second quarter, going on a 14-3 run and leading by as much as eight, the largest lead of the game to that point. Freshman guard Casey Collier and a couple key 3-pointers from sophomore guard Taylor Hammack led the charge for the Lady Bisons.

A scoring run by the Owls to start the second half saw Lipscomb’s lead shrink to just two.

Lipscomb would get the lead back up to four, and back-to-back threes from Hammack and Holcomb extended Lipscomb’s lead, going into the fourth quarter up 56-48.

Scoring largely dried up for Lipscomb in early play of the fourth quarter, allowing the Owls to tie the game up before Clark made a jump shot to give the Lady Bisons the lead right back.

Kennesaw State took the lead with 5 minutes to go with Lipscomb still unable to score. With three and a half minutes to go, a jump shot and an and-one from junior forward Alexis Poole would give the Owls a six-point lead.

Clark scored with just over two minutes to play, giving the Lady Bisons their first basket since 6:01 in the fourth quarter. With the free throw, it was a five-point game with 90 seconds to play.

A layup from Hammack was followed by a three from Hoover and the Owls were back on top by six.

With 24.8 seconds to play, Kennesaw State made a free throw to put the team up by seven, and Lipscomb was not able to overcome the deficit.

Hammack, who scored a career-high 11 points, was joined by Clark, Holcomb, and Collier in double figures for Lipscomb, and senior forward Carlotta Gianolla, junior guard Breanna Hoover, and Poole (27 points) had double figures for Kennesaw State. Lipscomb was out rebounded 43-20.

Lipscomb will try to halt its losing streak on Saturday at Liberty.