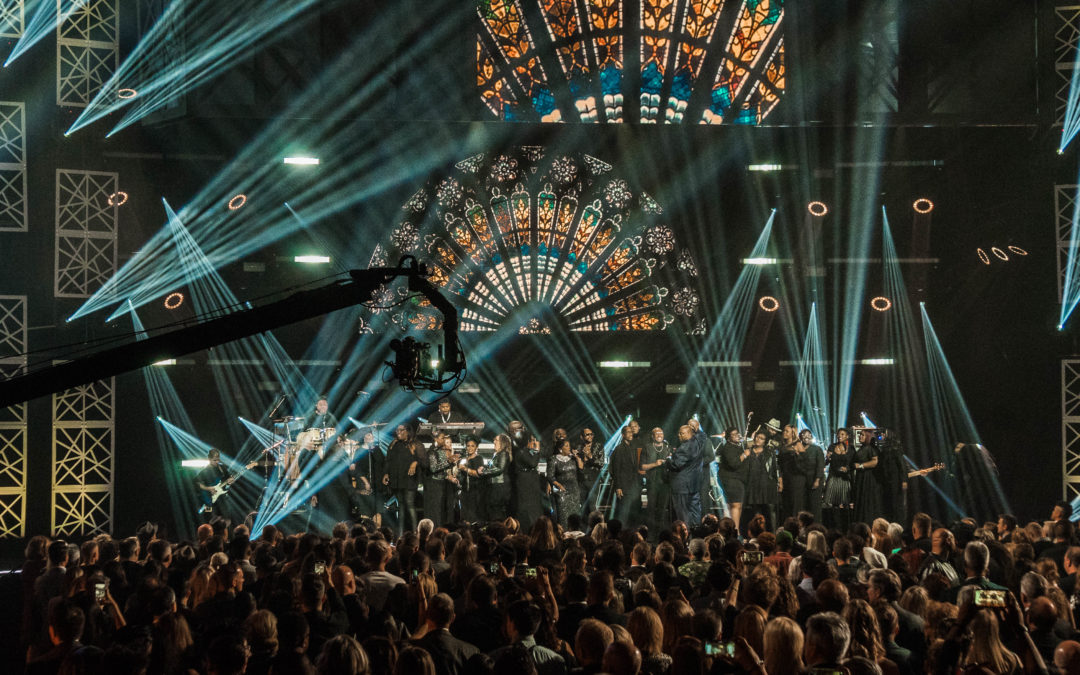 The glitz and the glam of GMA’s Dove Awards made their return to the Lipscomb campus for the seventh consecutive year on Tuesday night.

The 50th annual award show played host to some of the biggest names in Christian entertainment, all in the name of worship and praise.

TobyMac and Ledger opened the show with“The Elements,” a snowy performance that kicked off a night of celebration filled with a half-century worth of performances and appearances from artists both new and legendary.

Daigle has skyrocketed as a crossover artist; her single “You Say” has dominated both Christian and All-Genre charts.

“To say how is it feeling? I’m really genuinely pinching myself and I’m also just amazed that God’s doing this,” Daigle said after winning her big award.

Singer Kirk Franklin took home the award for gospel artist of the year, but during his acceptance speech he” addressed a recent police brutality tragedy.

Throughout the show, awards were handed out by some notable figures in the Christian entertainment industry. This included musicians, songwriters, comedians and more.

Presenter John Crist spoke on the red carpet about his perspective on the industry.

“There’s a lot of them [Christian entertainers] that are not good people…I’m just kidding, they’re all great,” he said.

“It’s funny that I make a lot of jokes and roasts about these guys but at the end of the day, they’re all friends of mine.”

Crist spoke on his uniqueness in the Dove Awards environment.

“It seems like compared to preachers or worship leaders and stuff here, I’m a comedian! So a lot of people would consider it less spiritual, but it’s not…people say that my jokes or my videos have encouraged them or lifted their spirits.”

The Dove Awards were tied together with performances from major players in the Christian music world, such as Riley Clemmons, who performed her song “Fighting for Me.”

During the red carpet ceremony, Clemmons spoke about her evolution from an attendee of the Dove Awards to a performer and nominee.

“It’s unreal!” Clemmons said. “I grew up admiring so many of these artists so to be here, and to be among them as peers is so surreal.

“I’ve been singing for as long as I remember,” she said. “I started co-writing when I was 13, and that is what set in — that it [music] was something that was a possibility,

“’Fighting for Me’ has been so exciting to watch and put out. This by far has been the most special song…it’s close to my heart, and I’m so excited to get to share it.”