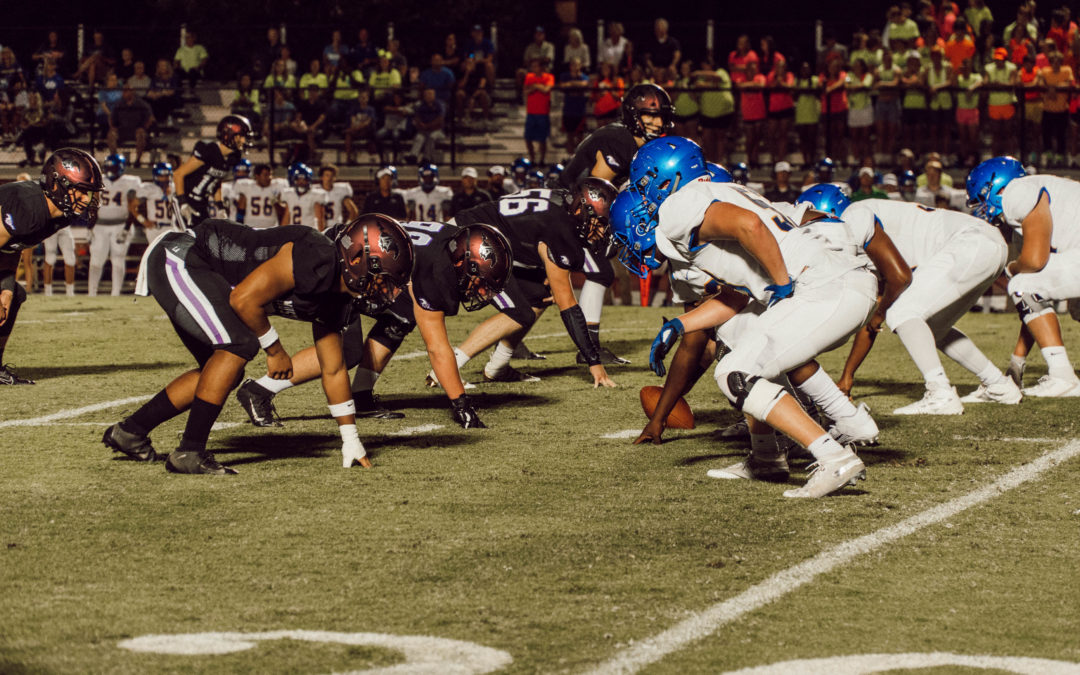 The 63-21 whipping of the Cougars by the Mustangs puts the series now at 26-25 in the Bisons’ favor.

Before the Mustangs took the field, the crowds gathered at the baseball field to hear Jerrod Niemann perform in the pregame Mustang Stampede concert. His set included his platinum hit “Lover, Lover” and a gold single “What Do You Want.”

As the concert concluded, alumni gathered next to the stands to welcome the team onto the field as they battled for the Martin-McCadams Cup in this cross-town rivalry. The Mustangs took the field ready to play, as they lined up for the opening kickoff before the Cougars even took the field. The Cougars drew first blood, scoring off of a 66-yard reception by senior wide receiver David Harris, giving Goodpasture a 7-0 lead.

Trent Dilfer’s Mustangs squad was quick to respond, with a perfectly executed quarterback sneak by sophomore Luther Richesson to even the score at seven. Much of the first half was back and forth between the two teams as the score would level at 7 and then again at 14.

The Mustangs were finally able to gain some separation from the Cougars off  two quick scores from sophomore running back Jaden Lyles and senior wide receiver Kyle McNamara, giving them a 28-14 lead going into halftime.

Going into the second half, Goodpasture forced a turnover and cut the lead to a one-score game, but the Mustangs responded with a McNamara touchdown, and the Cougars never got close again.

Lipscomb will have a bye week next week and then will travel to CPA to take on the Lions Oct. 4.