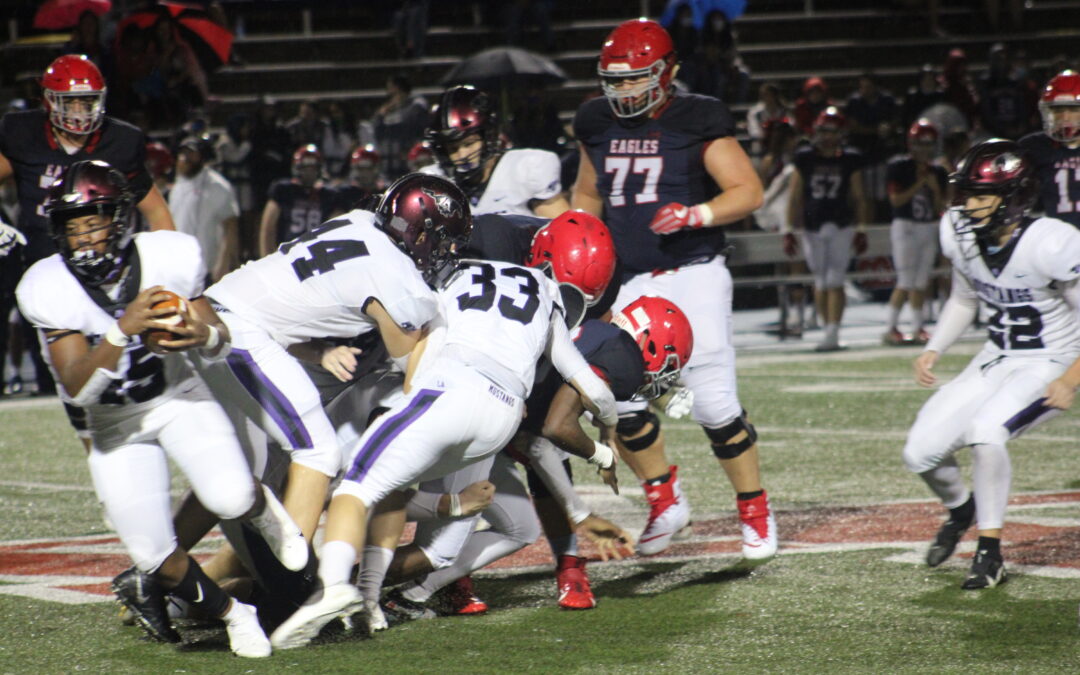 Lipscomb Academy football finally returned Friday night, but the weather and the outcome didn’t go as the Mustangs had desired. The visiting Mustangs fell to Brentwood Academy 29-19.

Three minutes into the game, Mother Nature paid a little visit to Brentwood, resulting in a 30-minute lightning delay. Once given the all-clear, both sides were hoping for calmer weather for the remainder of the night, but once again lightning struck. After two lightning delays and an hour-and-a-half of waiting, the game resumed.

Brentwood Academy drew first blood on a 23-yard touchdown run. Both sides were silent for the remainder of the half.

With little action and a lot of punting on both sides, Brentwood Academy went into halftime with only a 7-3 lead.

When the second half began and the rain cleared, both sides were able to focus more on their passing game.

The Eagles struck once again early in the second with a four-yard touchdown run to increase the lead to 14-3. A couple of minutes later, a bad snap got away from Mustang quarterback Luther Richesson deep into the Eagles’ endzone, resulting in a safety.

Later in the third quarter, a 59-yard touchdown pass from quarterback Tyler Monteil increased the Eagles’ lead to 22-3.

Once the fourth quarter got underway, the Eagles saw their lead slowly begin to slip away, but the Mustang comeback was too little, too late. 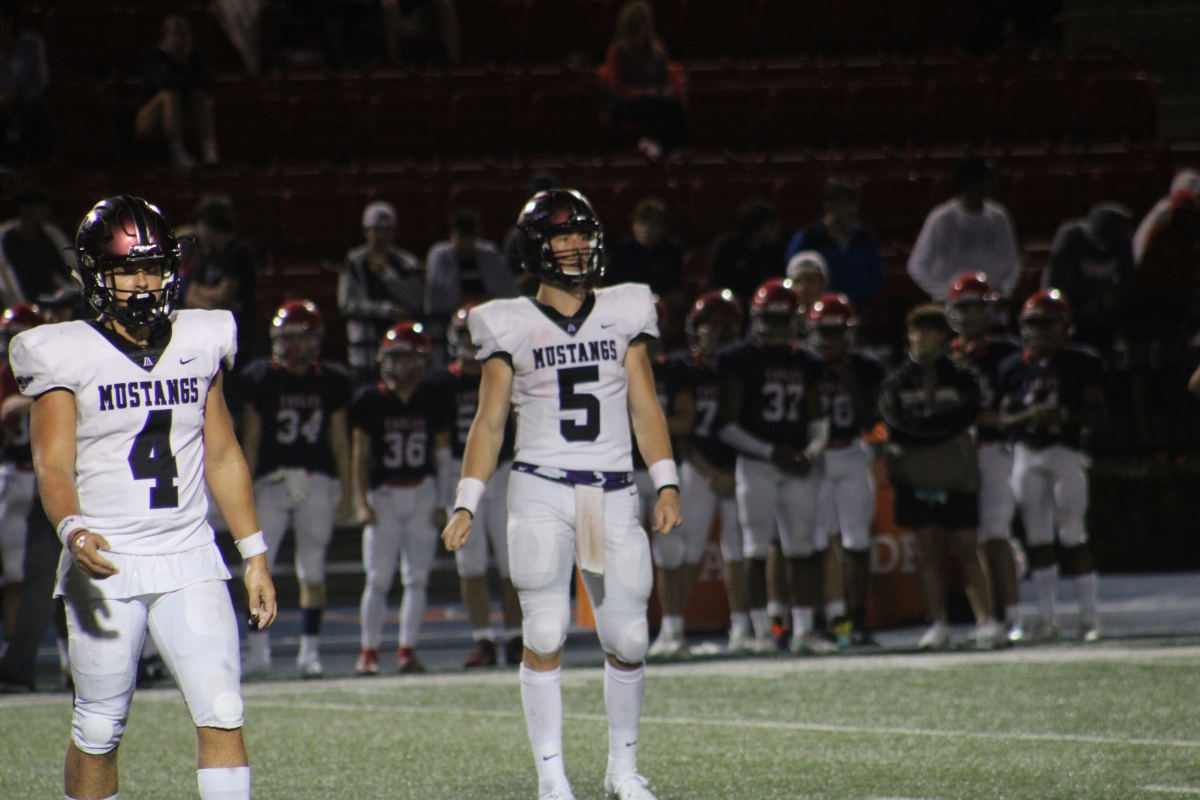 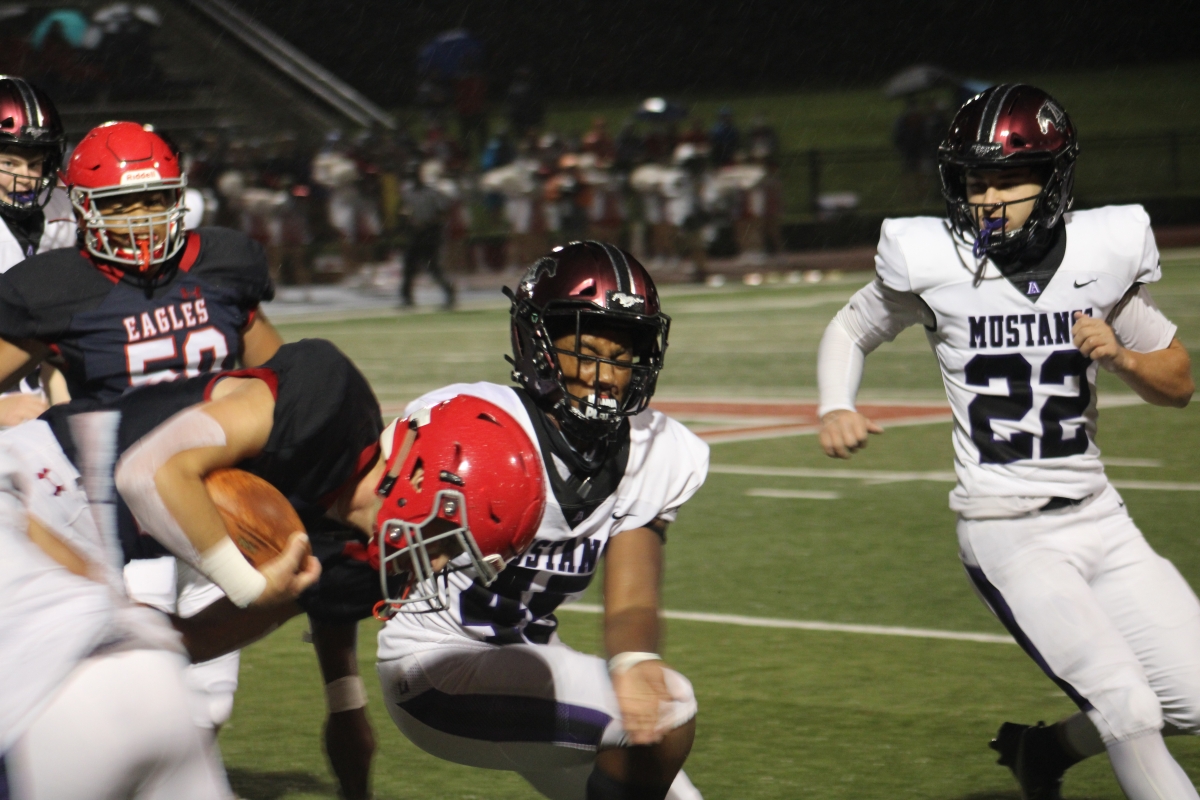 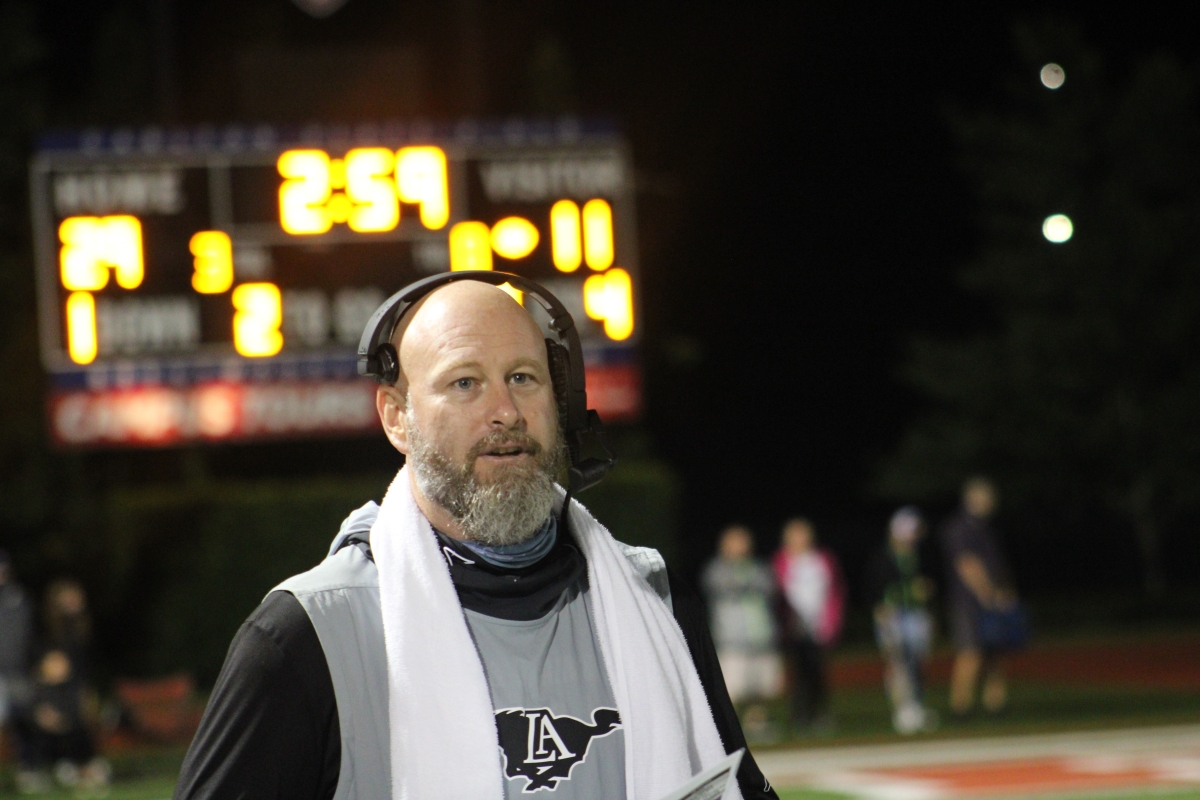 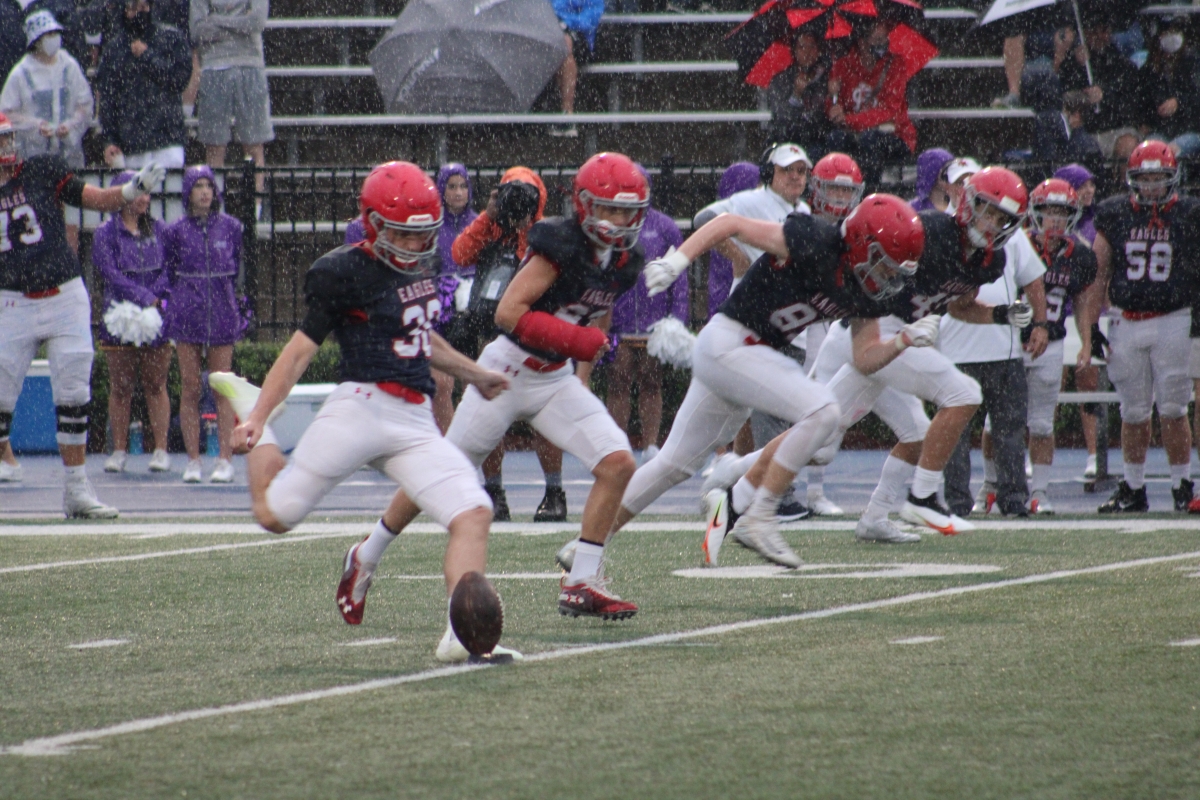 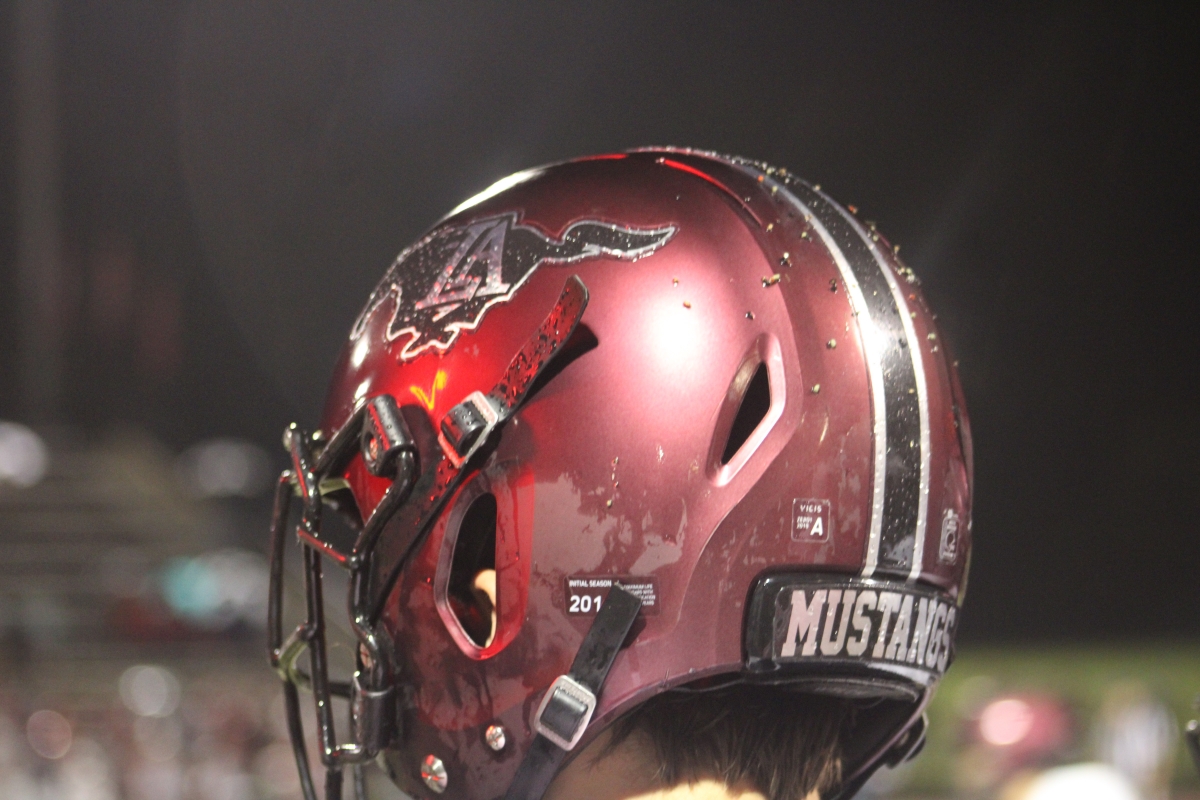 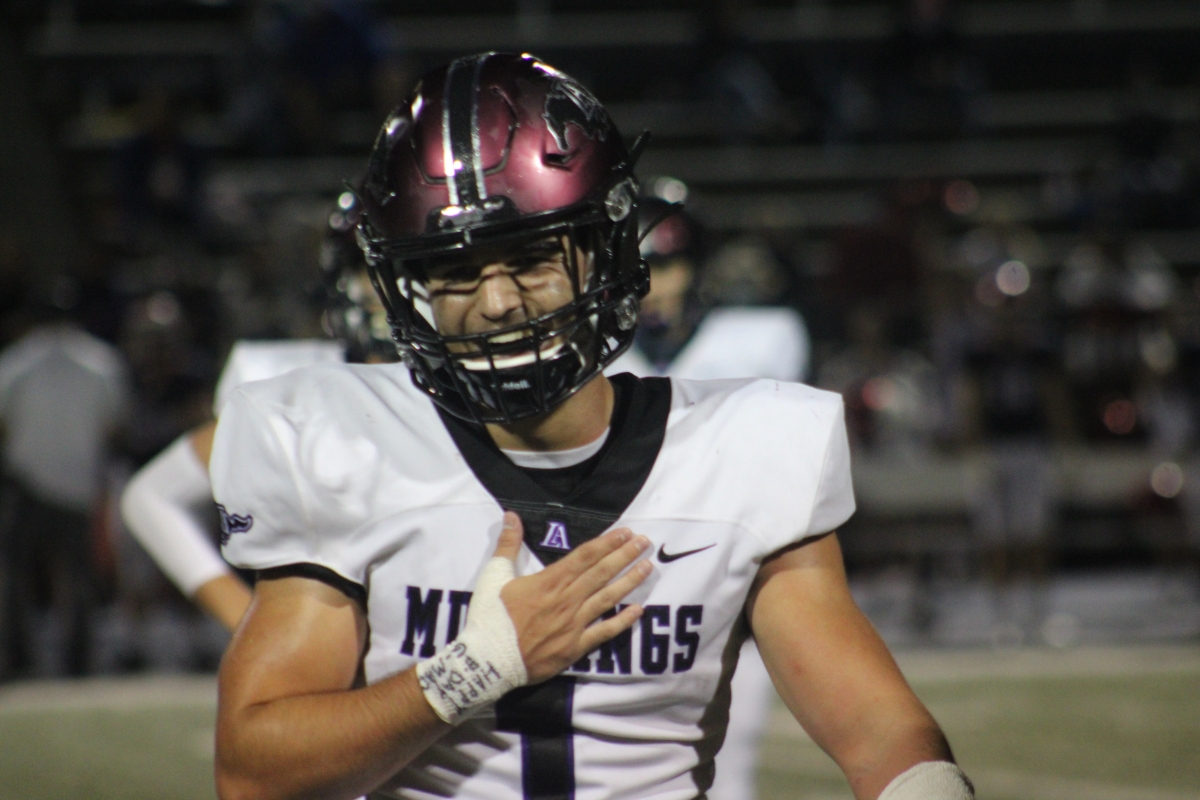 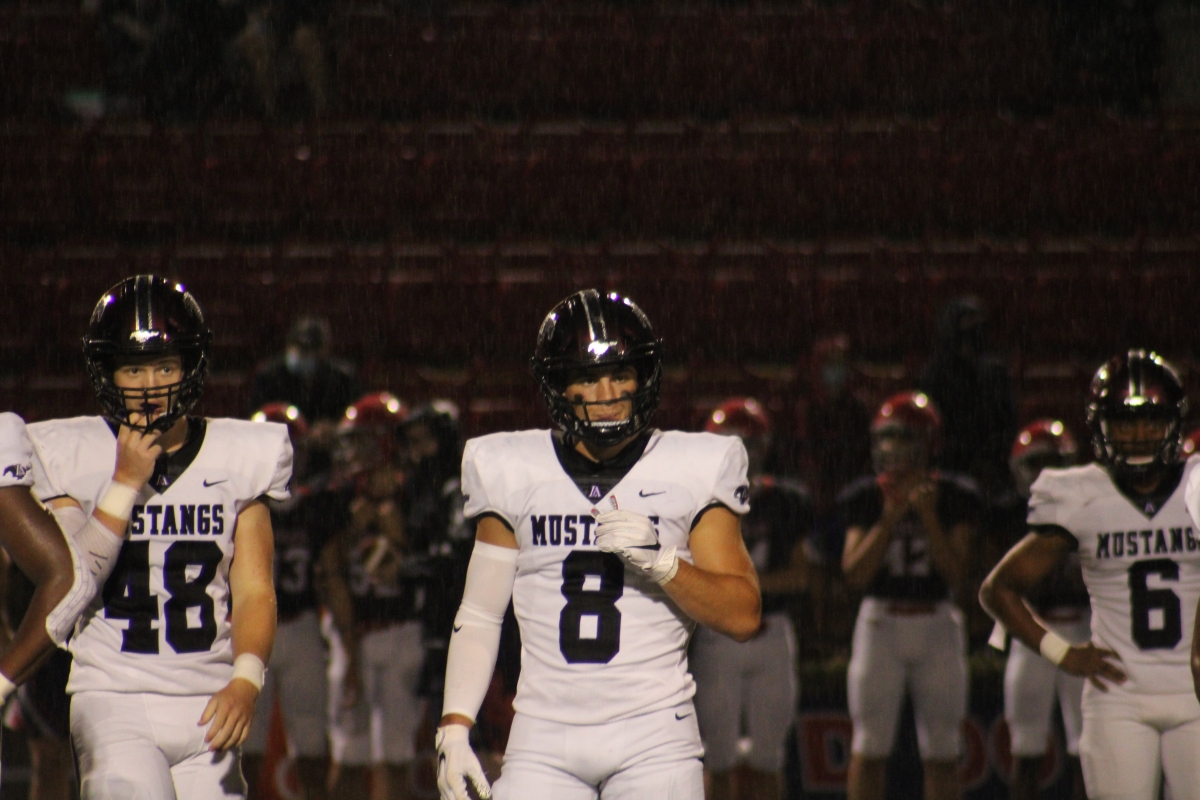 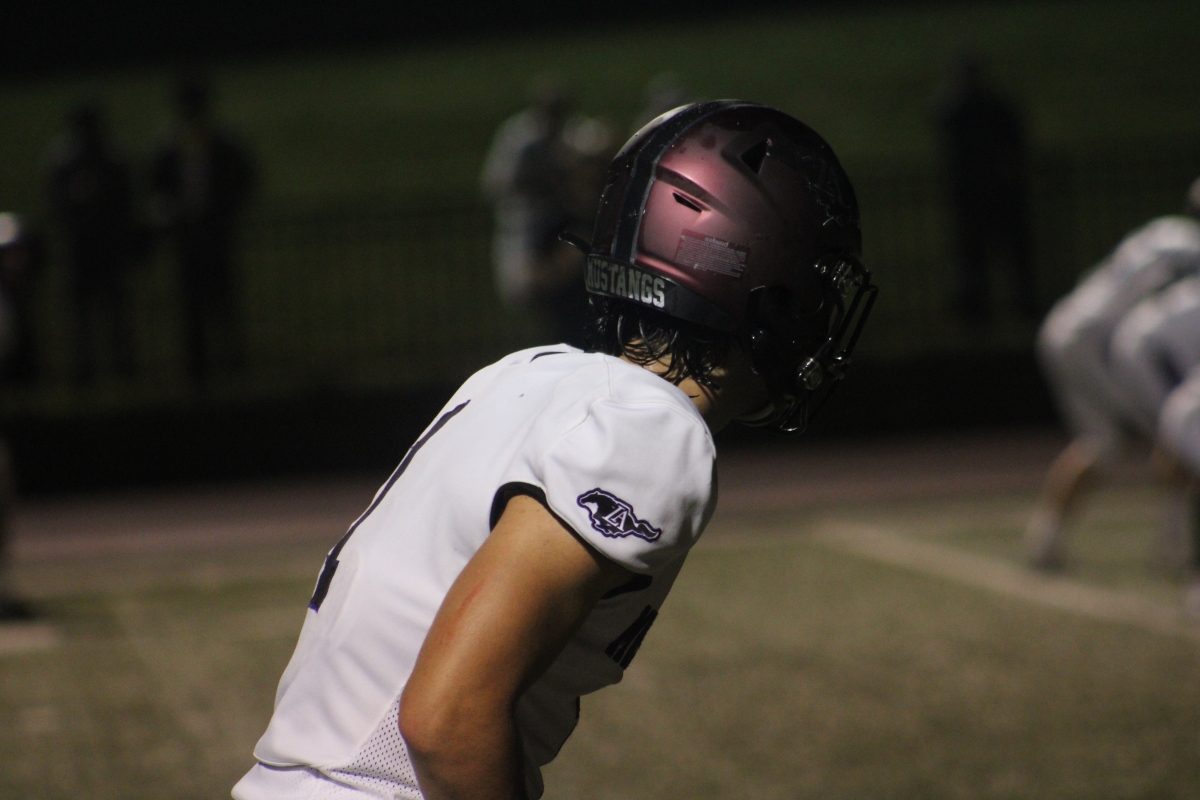 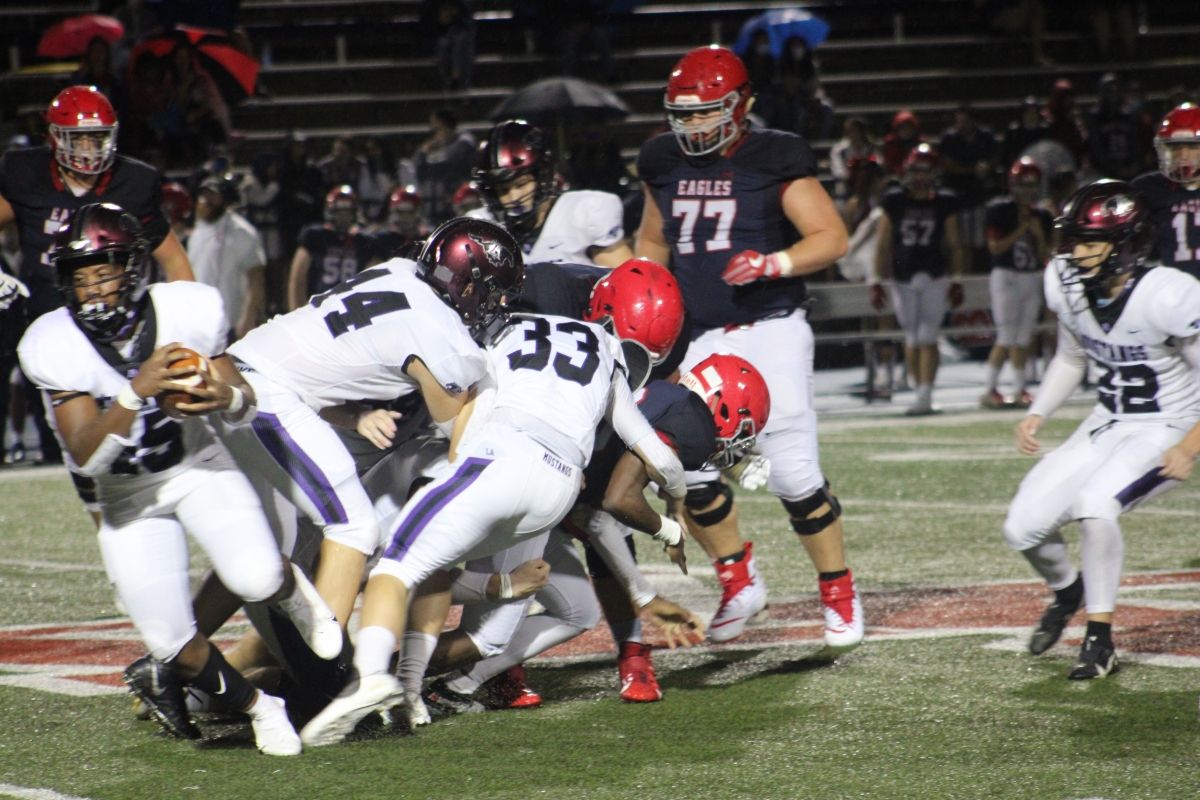