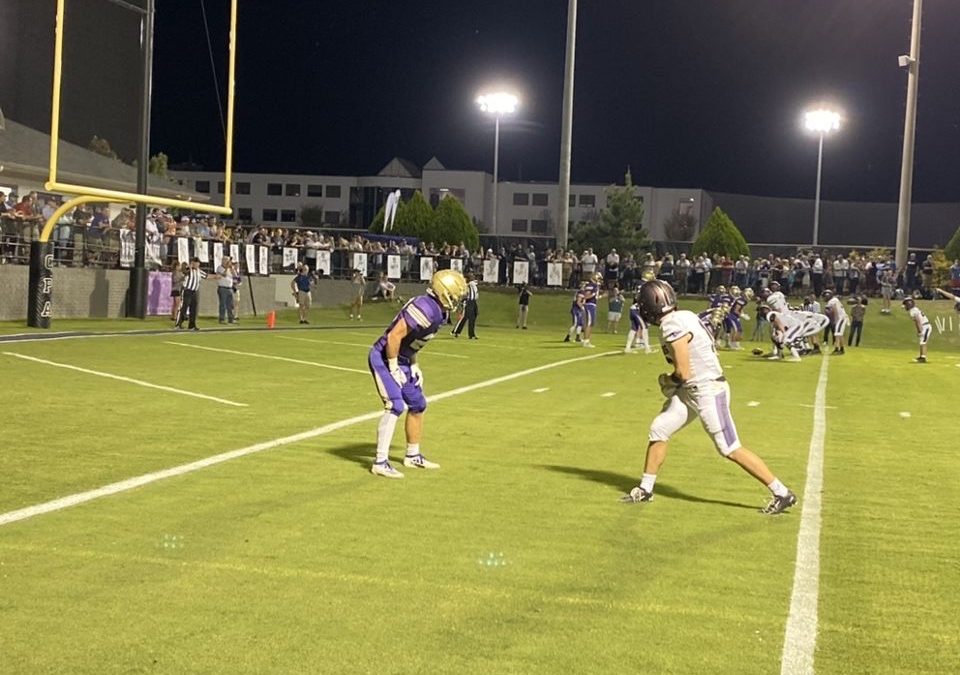 It has been quite the journey for Lipscomb Academy as they have gone from not winning more than five games last season to finishing 5-5 and making it to the semifinals of the playoffs.

However, it doesn’t get any easier for them as must now face district rival CPA away from home.

The Mustangs played the Lions earlier in the season and lost by a score of 28-7. They also had multiple turnovers the last time they faced the Lions, most of them being interceptions.

For CPA, they only finished the season with a 4-6 record, but are no easy foe despite that. The four wins that they got were all against district opponents while the losses came to opponents that were outside of the district.

While it won’t necessarily be easier for the Mustangs this time around, Dilfer feels good about how much his team has improved since then. He also knows that they are going to have to play some of their best football to come out with a victory.

“We are super excited for the challenge ahead of us Friday night vs CPA,” Dilfer said. “They are a really well-coached and a very physical football team. Our boys have gotten better since the last time we played them, but it will take our best ball to come out of The Den with a win.”

Both CPA coach Trent Dilfer of Lipscomb Academy and Ingle Martin of CPA are former NFL quarterbacks — the two will once again face off at playoffs.

Dilfer played for the Tampa Bay Buccaneers, Baltimore Ravens, and Seattle Seahawks before finishing off his career with the Cleveland Browns and San Francisco 49ers.

Martin had a shorter career than Dilfer as he played for the Green Bay Packers in 2006, and the Kansas City Chiefs in 2008.

For Lipscomb Academy students past and present, CPA brings both good and bad memories. CPA has owned this rivalry the past few years, going 4-2 against the Mustangs since 2005.

Dilfer has rebuilt the football program at Lipscomb Academy this year with a new motto of “Be Set Apart” and completely changing the Friday night lights atmosphere at the Academy.

However, for former Lipscomb Academy students like Senior Software Engineer Will Tidwell, his memories of the rivalry bring back good times.

“The stands were always packed when we would play CPA,” Tidwell said. “It was a game that we always looked forward to because it goes down to the wire almost every time.”

Both teams will have a shot of making the state championship game this Friday at 7:00 PM at CPA.