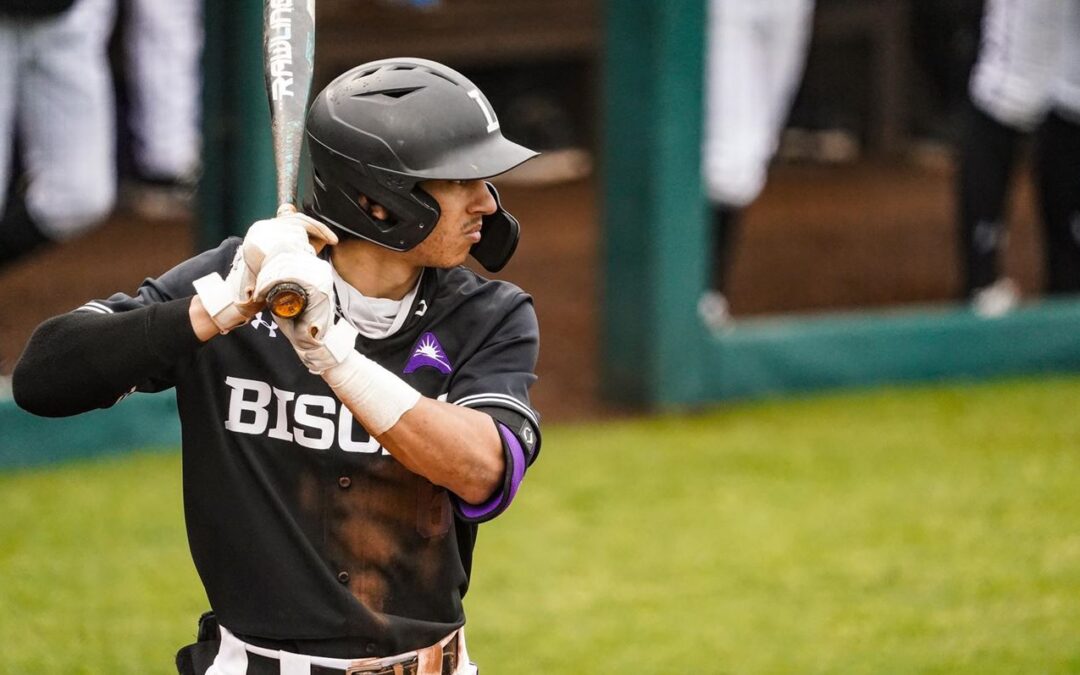 The Lipscomb Bisons took on the Belmont Bruins in a doubleheader Battle of the Boulevard. The Bruins would win the first game 5-4 and improve to 12-14 on the season, including an impressive 10-5 home record. The Bisons would go on to win game two, improve to 11-13 on the season, and snap their seven-game road losing streak.

In game one of the doubleheader, the Bisons got off to a strong start thanks to a 2-run homer by sophomore third baseman Robbie Merced in the top of the first. The game went scoreless for the next three innings until the Bisons added another run in the top of the fourth off a sacrifice bunt by junior center fielder Maddux Houghton.

Patrick Williams was on the mound for the Bisons and pitched a shutout through the first three innings, allowing only one hit. They made a pitching change to start off the fourth inning and brought in sophomore Scott Elgin. Elgin struggled early in the inning allowing three earned runs without recording an out.

The Bisons made another pitching change and brought in junior Tyler Drabick who eventually retired the side.

With the score tied at 3-3 in the top of the sixth, junior first baseman Malik Williams blasted a solo homer to put the Bisons on top 4-3.

After another pitching change, redshirt sophomore Matthew Maldonado took the mound for the Bisons in the bottom of the sixth inning. The Bruins would capitalize on a couple of errors by the Bison defense. Sophomore right fielder John Behrends would score on a throwing error. With the bases loaded and the game now tied at 4-4, freshman center fielder Guy Lipscomb hit a sacrifice fly and would score the runner at third. The Bruins would go on to take game one of the double header by a final score of 5-4.

The bats were flying in game two of the doubleheader. The Bisons got off to an early 5-0 lead after two innings, with Clemson transfer Drew Donathan recording an RBI in each of the first two innings.

The Bruins answered with a 3-run homer by freshman designated hitter Mason Landers in the bottom of the second to bring the Bruins within two.

The Bisons responded with a fast start to the third inning, scoring three runs to expand their lead to 8-3.

In the bottom of the third, Behrends would score his second run of the day for the Bruins thanks to an RBI by freshman Brodey Heaton.

Both teams would record a run in the fourth inning and go scoreless in the fifth. With the score at 9-5, freshman Carter Park took the mound for the Bruins at the top of the sixth and shutout the Bisons to record the Bruins second consecutive shutout inning.

The Bruins would capitalize and knock in three runs in the bottom of the sixth to bring them within one. The Bisons were able to score a run in the top of the seventh to expand their lead to 10-8.

In the bottom of the seventh, the Bruins managed to get runners on first and second with no outs but were only able to drive in one.

Redshirt freshman Ike Buxton would record the win for the Bisons, who are set to take on Liberty in a three-game series starting on April 9th.