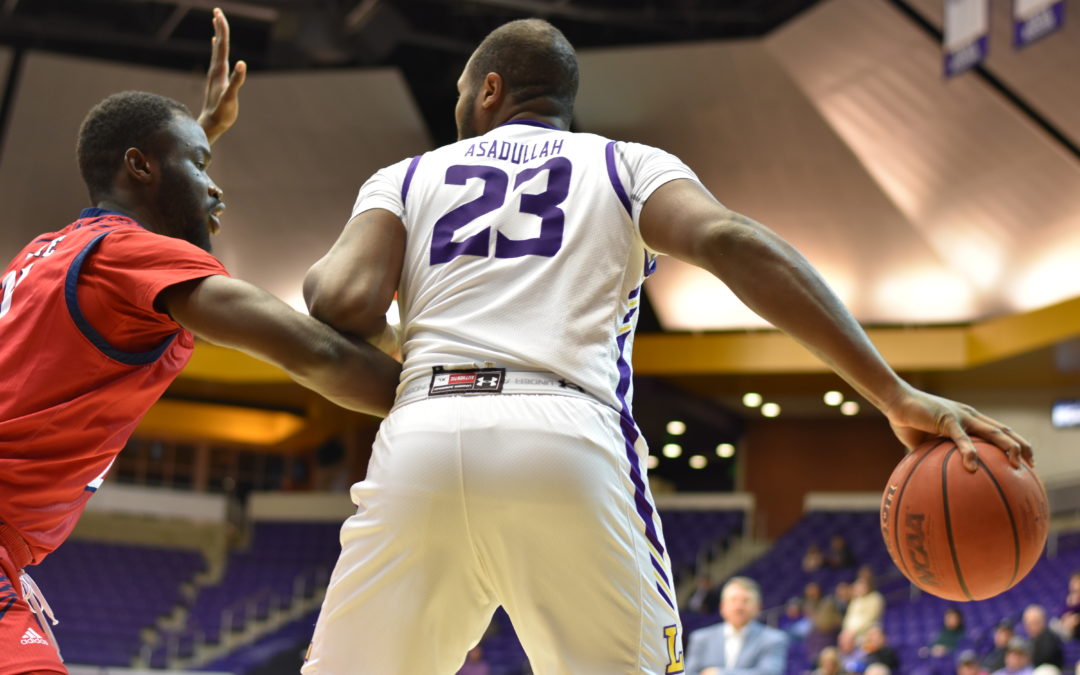 The Lipscomb Bisons clinched a spot in the ASUN Basketball Tournament with a 77-63 dismantling of the NJIT Highlanders Thursday night in Allen Arena.

The win and Jacksonville’s loss move Lipscomb into sole possession of fourth place in the ASUN. If the regular season ended today, Lipscomb would host a tournament game.

“The goal right now is to win out,” Lipscomb sophomore center Ahsan Asadullah said. “We want to win the rest of the games that we have, so if we can do that, I think we’ll be good for fourth – maybe even third if things go our way.”

Lipscomb never left a doubt as to who the better team was. The Bisons jumped out to an 8-2 lead in the opening minutes of the first half and never surrendered the lead for the rest of the game.

“It’s always important to get off to a good start,” Lipscomb head coach Lennie Acuff said. “They jumped on us at their place and so we wanted to try to get that rectified. I thought our guys were ready to play and locked in so that was a big key to the game.”

The Bisons went on several runs throughout the game, including a 12-3 run to give them a 40-25 lead at the end of the first half.

“We knew that after the first half that we had that they were going to come in and try and make a run,” Asadullah said. “They scored a good amount in the second half, but we were able to take the hit on the chin, keep fighting back and extend the lead some more.”

NJIT didn’t shoot well throughout the game but were particularly poor in the first half. The Highlanders went 9-31 from the field, including 1-12 from three-point range in the first 20 minutes.

Lipscomb had a lot of scoring involvement by the end of the game. Asadullah led the charge with 27, but a total of four players were in double figures for the Bisons.

Lipscomb (11-14, 6-6 ASUN) will face FGCU on Saturday at home to try and keep its three-game winning streak alive and keep pace in the playoff race. NJIT (7-17, 4-7 ASUN) will travel to Liberty on Saturday.

“We really need to win Saturday,” Acuff said. “Saturday is a huge game for both teams.”