Bisons take down No. 1 North Florida 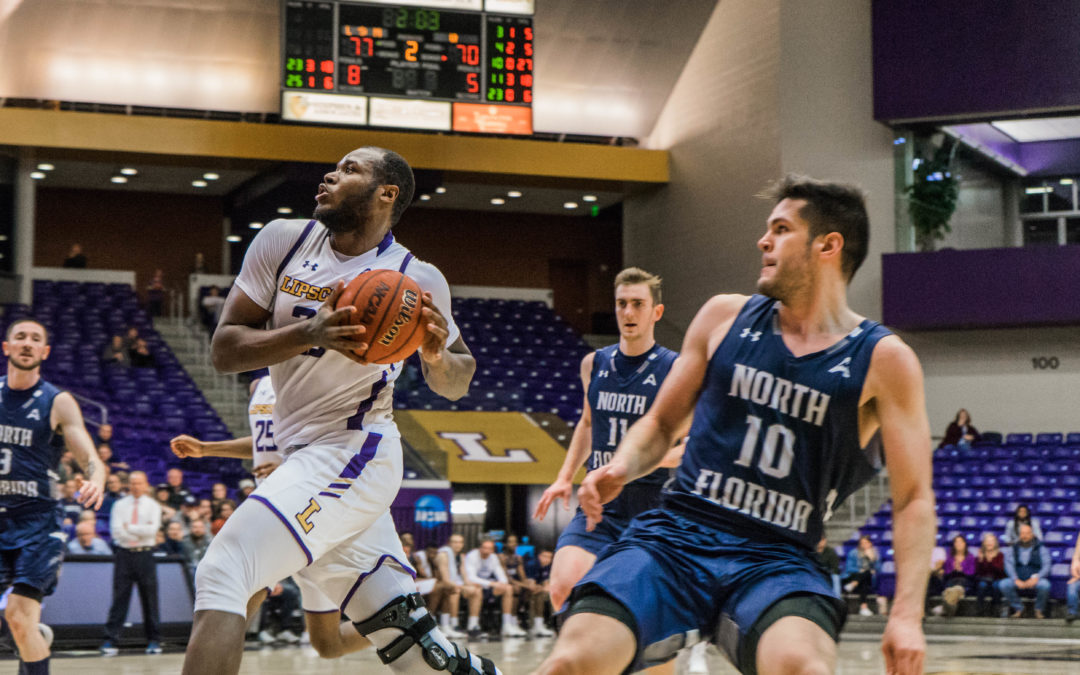 After the tip-off, UNF missed their first 3 three-point attempts, but quickly after that, they gained a lead, keeping Lipscomb on their toes.

UNF got in some foul trouble, leaving room for Lipscomb to go to the line. The Bisons went into half-time leading the Ospreys by two, 45-43.

“We really shared the ball and played well,” said Head Coach Lennie Acuff. “They (UNF) are tremendously talented, really well-coached and a good basketball team. It’s just a long game with them and they can score.”

The Ospreys came out of half-time and tied up the game with off their first possession. Senior guard, Ivan Gandia-Rosa was the lead scorer for the Ospreys giving 30 of their 73 points.

Ahsan Asadullah, who scored 23 points, had a career-high 18 rebounds and 8 assists. UNF got into some foul trouble late in the second half allowing the Bisons to broaden their lead.

The Bisons were able to maintain their lead but got in some foul trouble which took UNF to the line. The Ospreys could not put a stop to Lipscomb’s offense.

The Bisons will host Stetson Feb. 1 at 4 pm.