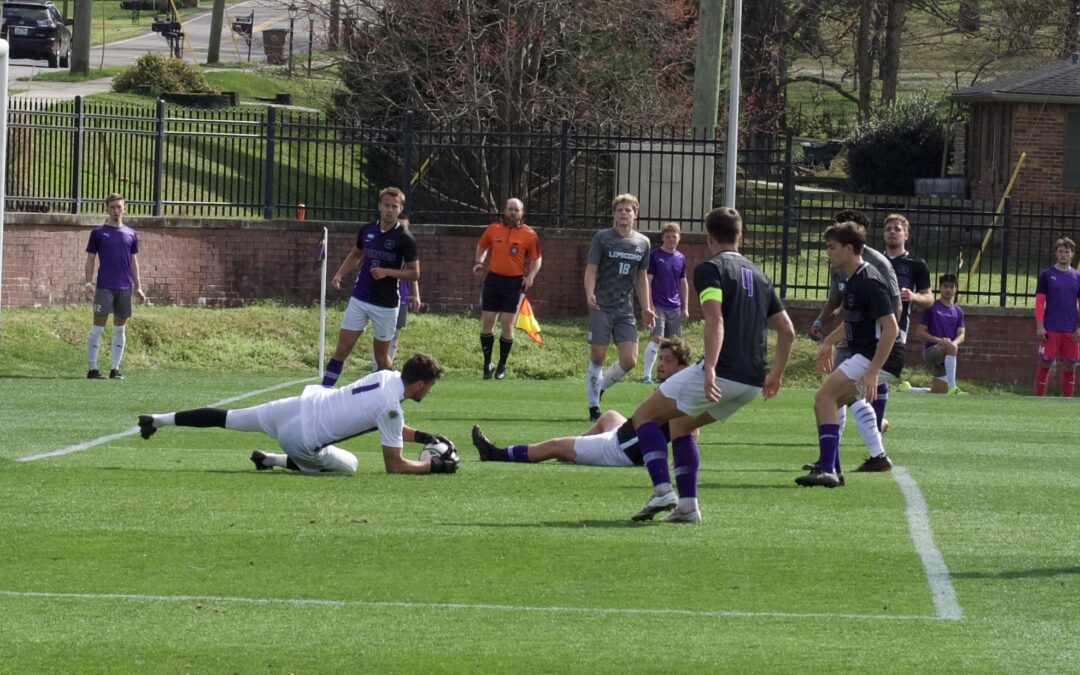 The Lipscomb men’s soccer team took down non-conference opponents Central Arkansas by a score of 2-1 on Tuesday afternoon.

The midweek matchup pitted the Bisons against future Atlantic Sun rivals in the UCA Bears, who also played a fall season in the Sun Belt Conference this year.

Despite the fact that this match didn’t count in conference play for either team, both sides wanted the win and fought hard to earn a positive result.

It was the home side who would take the initial advantage, though, when Trinidad and Tobago native Tyrece Spicer tucked a shot into the near post, beating the keeper in the 7th minute. Spicer, a freshman left-winger, scored his third goal of the season to put Lipscomb ahead 1-0.

Lipscomb dominated possession of the ball and controlled the midfield from then on, but couldn’t find the net on their other six shot attempts of the half.

The Bears capitalized on the opportunities Lipscomb left behind when they scored an equalizer on the stroke of halftime. Substitute Masood Porsa scored against the run of play in a quick series of passes that left the Lipscomb backline undone, leveling the score at 1-1 after the first 45 minutes.

The Bisons continued the narrative of controlling the game early on in the second half, but in the 59th minute, it looked as though Central Arkansas was going to nab another fortunate goal. Junior defender Louis Robinson bundled over his opponent inside the penalty box on a cross and conceded a penalty in doing so. Japanese striker Katsuyoshi Kimishima stepped up to take the spot-kick, but Sibley was there to make a heroic save from 12 yards out.

The ensuing attack for Lipscomb led to junior Ryan Dougherty’s feet, and he sent the Lipscomb faithful into a frenzy by picking out the top left corner from outside the box. The 60th-minute goal completed an incredible momentum swing in less than a minute, and it proved to be enough to see the Bisons through to a win on the day.

Lipscomb put up 13 shots, four of which were on target, and earned eight corners on the day. UCA managed eight total shots and two on target, while also adding six corner kicks. Lipscomb was whistled for an unprecedented 22 fouls, while the Bears were penalized just nine times.

Lipscomb improves to 5-3 on the season and faces another non-conference foe in Coastal Carolina on Saturday, March 20 at 1 PM central time. While Central Arkansas heads home to Conway, Arkansas for the rest of their season, the Bisons will travel in the opposite direction to Conway, South Caroline to face the Chanticleers in a bid for three straight victories.