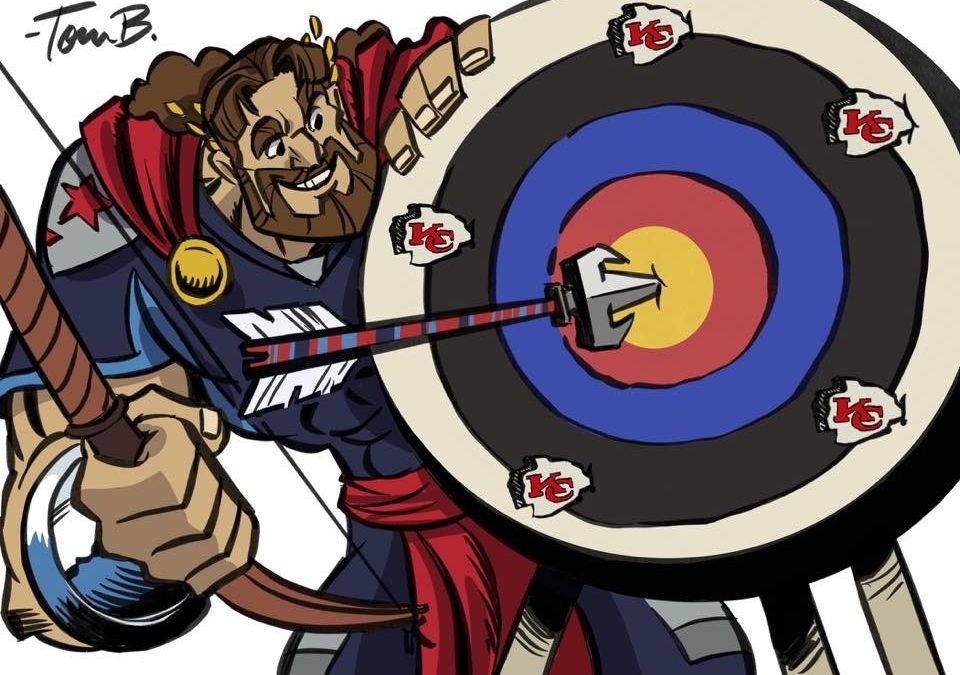 A Lipscomb teacher and student have made it to the NFL.

Tom Bancroft, artist-in-residence in animation and former Disney animator, has been working on a new project this football season. The illustrated “Titan Man” has been seen going up against a new rival each week leading up to Sunday’s heartbreaking 35-24 loss in the AFC Championship battle with the Kansas City Chiefs.

With the help of Hayley Mullins a senior animation major from Erlanger, Kentucky, Bancroft has completed 17 illustrations for the season. Mullins is one of 70 in Lipscomb University’s animation program.

Mullins said she has gained invaluable experience with her mentor.

“I never thought I’d be able to work with an NFL team,” Mullins said. “I learned a lot working on this project. I wanted to depict the other mascots fairly when coloring, and while it is a form of ‘trash talk,’ I wanted to be as accurate as I could.”

Each week during the season, Bancroft began the process of creating “Titan Man” and his next showdown. He began the process by creating two to five rough sketches and worked throughout the week while receiving feedback from the Titans about the finalized design before handing it over to Mullins for coloring. The process took most of the week, finished in time for the Saturday deadline.

As with any project, there were some challenges. One restriction was that none of the animal mascots were to be “hurt” in the illustrations. This request came from Tennessee Titans controlling owner Amy Adams Strunk, an avid animal rights activist.

“It was a good eye-opener for us to hit that right at the beginning,” Bancroft said. “Because, really, these drawings are like what you do from team to team. It’s sorta like trash talk.”

Even cartoon bandages and bruises were a no-go for the illustrations.

Bancroft found the restriction to be enlightening, pushing him to come up with more creative ways to depict the match-up.

In the beginning, “Titan Man” was not as loved and anticipated as he is today. Upon his debut, Titans fans claimed the illustrations to be bad luck, claiming them to be the cause of the team’s less-than-stellar season-opening skid.

“Because this is new, and now we are losing, it must be these drawings that are bad luck and that’s why we are losing,” Bancroft said in summarizing fan sentiment.

“It was new to me to hear this superstition that is rampant with sports fans.”

However, with time and the a successful second half of the season, fans changed their tune and indicated the comics are a sign of good luck.

Fans can find all of Bancroft’s illustrations on the Tennessee Titans’ social media pages. While there is no confirmation on future “Titan Man” illustrated comics, Bancroft said he hopes to see him animated again one day.

Here are some of Bancroft’s illustrations. 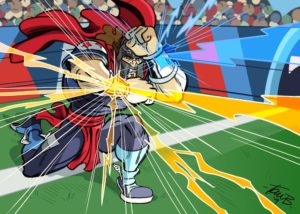 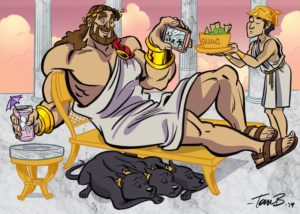 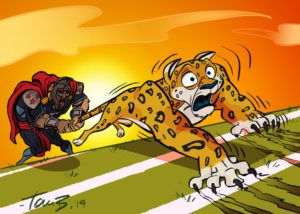 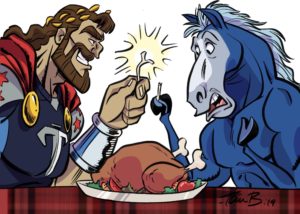 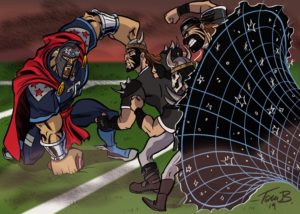 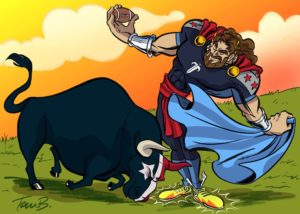 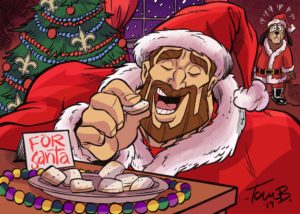 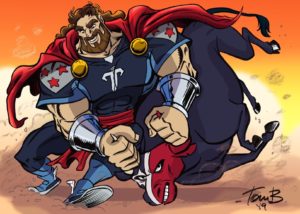 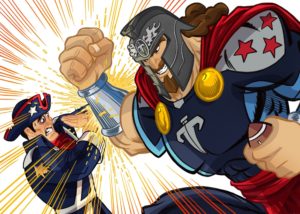 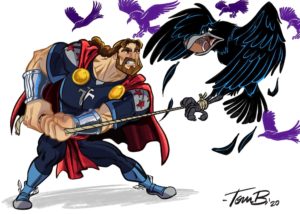 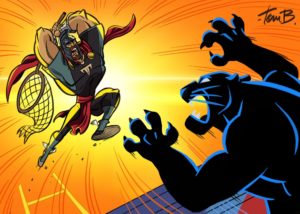 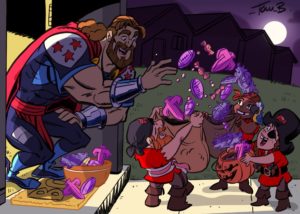 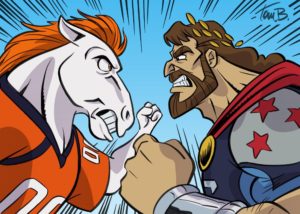 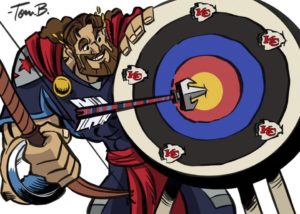