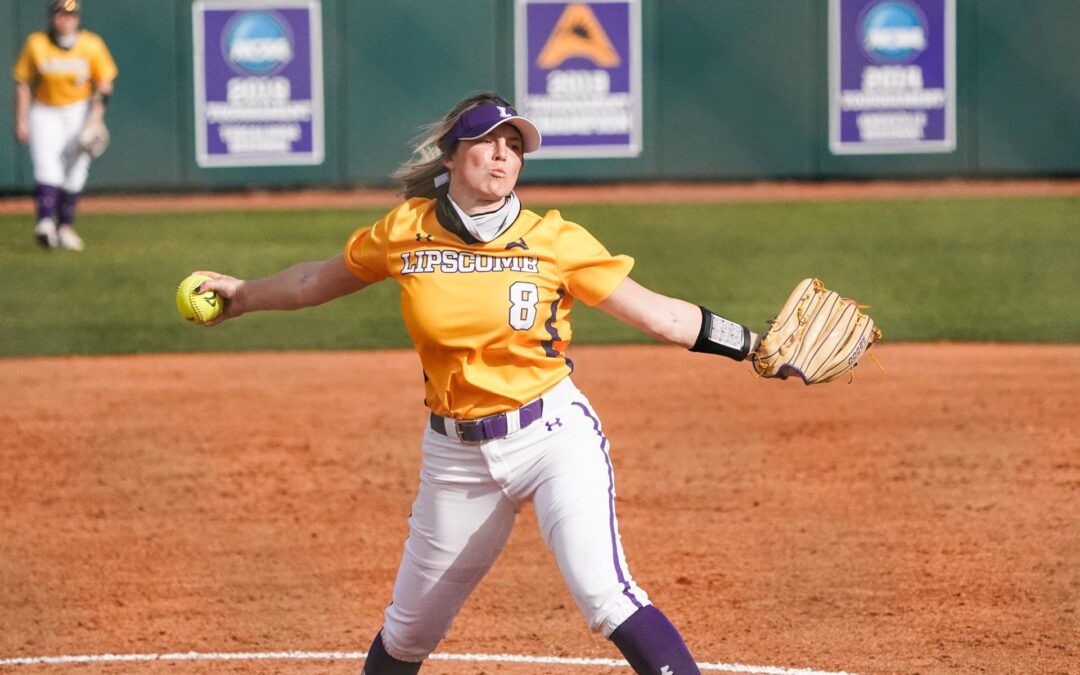 During the early part of the season, Lipscomb softball often travels to various invites in other states and doesn’t play as many home games as they do during the conference slate. But this weekend, the Lady Bisons hosted two teams from the Midwest for an invite held at Draper Diamond.

Lipscomb got the better of the weekend, going 4-1 with a sweep of Loyola Chicago and a split with Oakland (Mich.). The Ramblers swept Oakland, while Oakland went 1-3.

Lipscomb opened the weekend with a two-game series Friday. Sophmore Kyndall Crawford led the way with 3 RBIs as the Lady Bisons beat Loyola 5-0. Graduate pitcher Maddie Siemer (2-0) notched the win in a 7-inning game where she struck out six and only allowed two hits.

The Lady Bisons capped off Friday night with a 9-4 decision over Oakland before falling to the same squad the following day, 4-2.

In the Saturday cap, neither Lipscomb nor Loyola scored until the final sequence of a game that went all the way into the 10th inning. Shortstop Madison Ebeling hit a double that sent Abbey Jacobsen home to give Loyola a 1-0 lead, but Lipscomb scored two runs in the bottom of the tenth. The game-winner came from a double by junior third baseman Olivia Ward, which sent sophomore Presley Leebrick home.

Lipscomb capped off the weekend with a 9-1 win over Loyola on Sunday. Both teams were tied at one heading into the bottom of the sixth before Lipscomb run-ruled Loyola with eight in the bottom of the inning. Graduate pitcher Breana Burke allowed four hits and struck out five.

Lipscomb hosts Belmont in the Battle of the Boulevard on Wednesday, with first pitch slated for 4 p.m. CT.