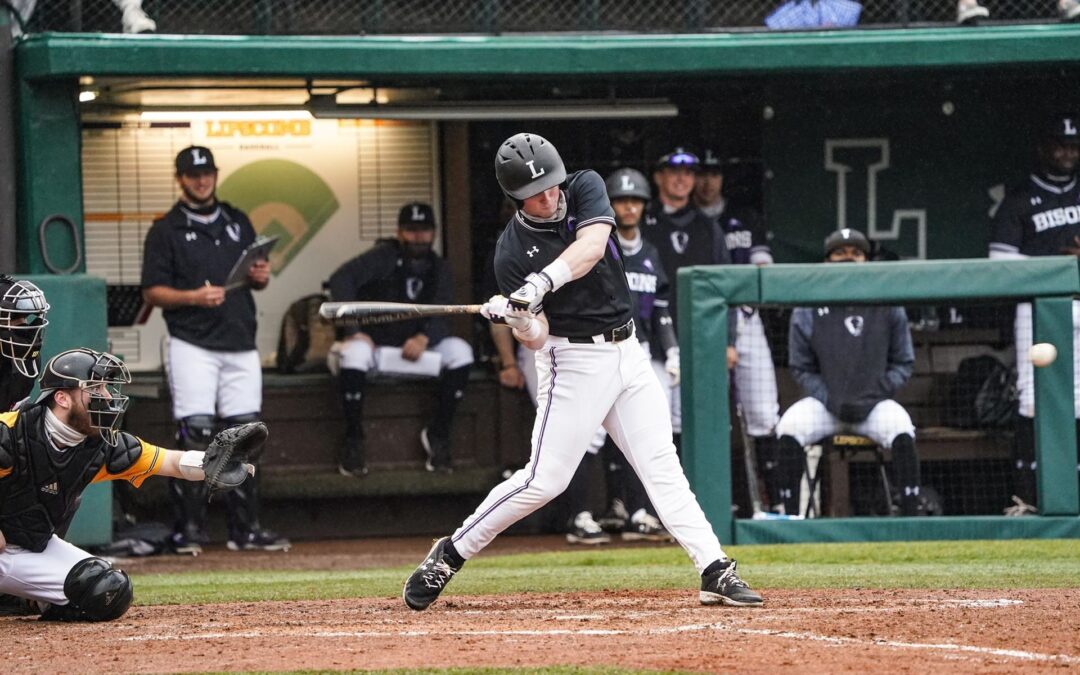 Freshman pitcher Logan Van Treeck got the start for the Bisons and quickly fell behind the hot hitting Blue Jays, allowing two extra bases hits including an RBI in the first two at bats of the game. But Van Treeck quickly regained his composure and struck out the next three batters in a row.

Creighton was able to stop the one, two, and three batters for the Bisons and bounced back in the second inning with another run but once again Van Treeck responded by sending the next three batters to the dugout.

A two-run homer from sophomore preseason all-conference catcher Chaz Bertolani that brought home freshman infielder Malik Williams tied the game for the Bisons in the second, and they added to the lead in both the third and fourth innings bringing their lead to 5-2.

The Blue Jays stranded runners in both the fourth and fifth innings and struggled all afternoon bringing home runners in scoring positions due to dominant pitching from Lipscomb.

Van Treeck pitched the first 5 innings before junior transfer pitcher Tyler Drabick came in in the sixth inning in relief.

Drabick made quick work of the Blue Jays in the 6th innings but allowed the first two batters to reach base in the seventh, which prompted Bisons pitching coach to bring in sophomore reliever and preseason All-ASUN selection Tyler Guilfoil to close out the game.

Guilfoil, who was awarded the win, allowed his first earned run in nearly two years but was able to recover holding Creighton to a tied game going into the bottom of the eighth inning.

Offensively the Bisons responded with a two out rally where junior outfielder and fellow preseason All-ASUN selection Maddux Houghton doubled and later scored off of a wild pitch. Joining Houghton in the eighth inning scoring was sophomore outfielder Ty Jones, who was brought home off of a double by senior infielder Brian Moore.

A strikeout from Guilfoil and two flyouts in the ninth finished the afternoon for the Blue Jays.

Lipscomb moves to 5-2 on the season, whereas Creighton falls to 2-2 in their opening weekend.

The Bisons travel to Clarksville to play Austin Peay on Tuesday before returning home to host Kansas for a four game series March 5-8.