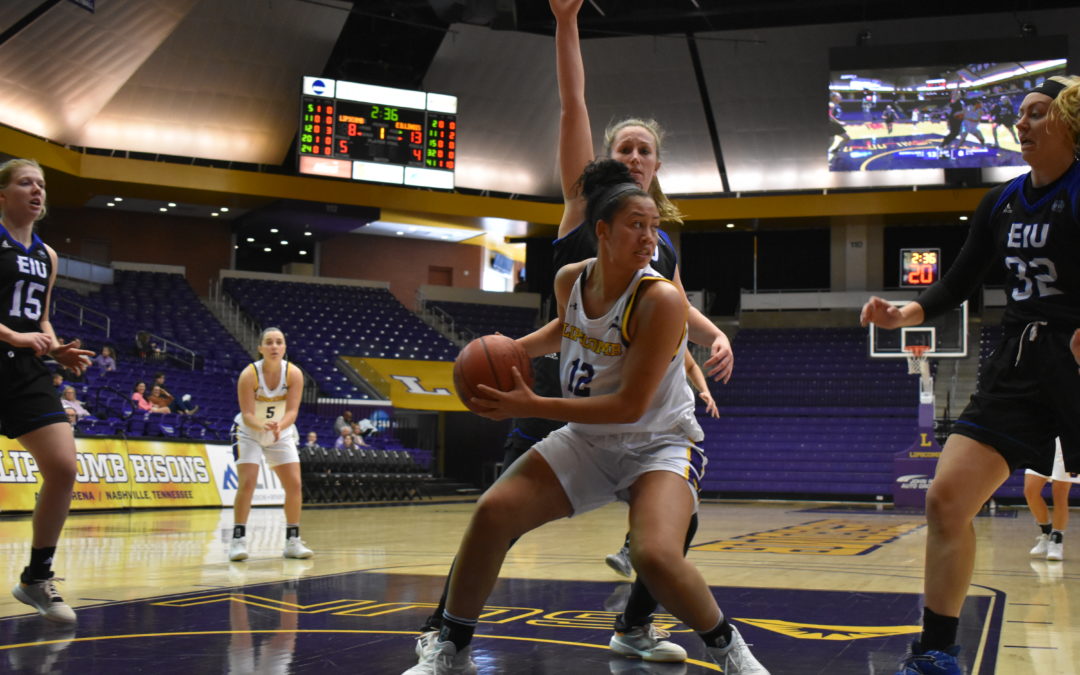 Coming off two straight losses during the ASUN-MAAC challenge last weekend, Lipscomb was looking to bounce back at home against the Eastern Illinois Panthers Sunday afternoon.

Much of the first half was controlled by the Panthers’ disruptive offense in the paint, behind 6’1” sophomore center Abby Wahl’s 12 first-half points. For the Bisons, junior forward Taylor Clark and senior forward Emily Kmec both got into early foul trouble, which aided in EIU’s success down low.

“But we need to be smarter. We need to execute better. We can’t turn the ball over 22 times.”

The Panthers capitalized by scoring 22 points on Lipscomb’s 22 turnovers. Combined the two teams finished with 49 fouls, including 30 in the second half.

After her 17 second-half points, sophomore guard Jordyn Hughes finished the day as the leading scorer for Eastern Illinois, and for the Bisons, Holcomb scored 18 points.

“We left young ladies open in transition and they knocked down shots,” Sumski said.

For this squad, their focus is on using these non-conference games to grow before conference play begins in January.

“Things happen for a reason; we are trusting in that. But we keep reminding our young women that we want to play our best basketball in March. Right now, we are just taking small steps.”

The Lady Bisons will travel to MTSU on Wednesday morning before returning home on December 11th to take on their in-town rival Belmont.