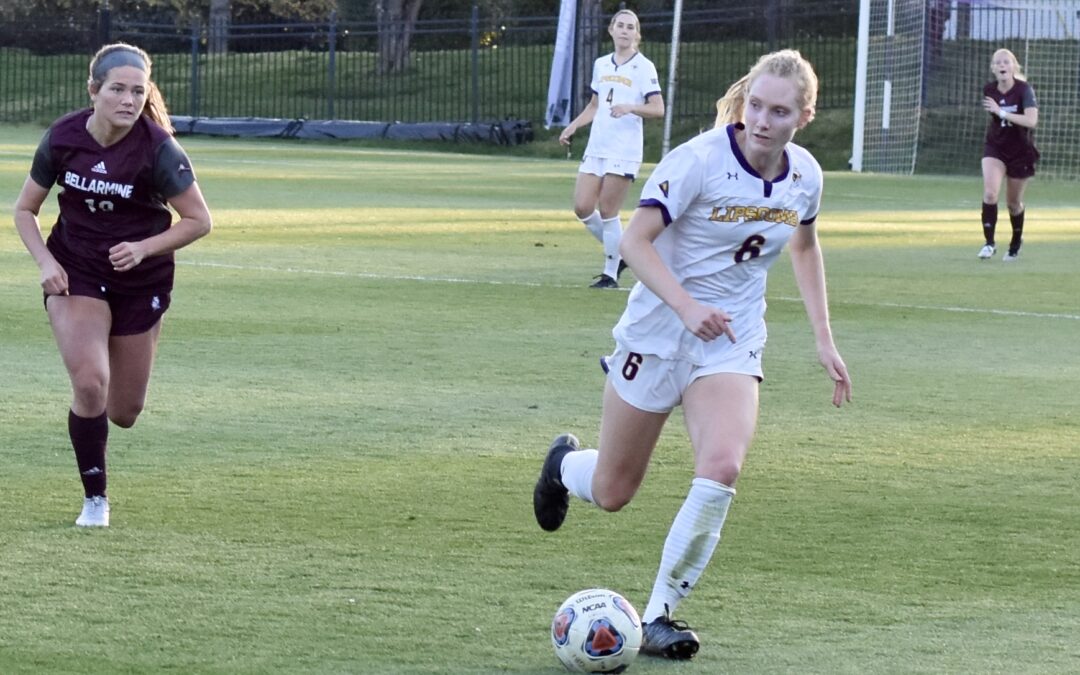 The Lady Bisons closed out the regular season campaign with a 1-1 draw against ASUN newcomer, Bellarmine. The tie means that the team finishes the season with an undefeated conference record heading into postseason play.

The match was tightly contested early on with strong defensive play from both teams. The defense was so intense that at halftime both teams only had one attempt at goal. At the 13:50 mark, Bellarmine’s Zenia Nava attempted a shot and Lipscomb senior goalkeeper Melissa Gray had the save. At the 42:51 mark, Lipscomb midfielder freshman Evee Reeder attempted a shot and Bellarmine’s Elyssa Francis had the save. It was 0-0 going into the second half.

The offense started to pick up in the second period of play with Bellarmine scoring first. At the 50-minute mark, Isabella Zamborini scored a goal off the assist from Alex Harber. Less than ten minutes later Lipscomb responded with a goal from junior midfielder Kelli Beiler coming off junior midfielder Emanuela Schurch’s assist.

The Lady Bisons were more aggressive the rest of the way with four more shot attempts requiring a save from Bellarmine’s Francis. The action required two overtime periods. The Bisons applied pressure the rest of the way, attempting six shots over the 20 minutes. A game-winner was almost scored by senior midfielder Kaitlin Echols near the 104-minute mark. Bellarmine goalkeeper Francis continued her strong performance with a clutch save. After 110 minutes of defensive soccer, both teams would have to leave with a draw added to their records.

The ASUN tournament commences on April 10th as the Lady Bisons will be battling to three-peat as conference champions.