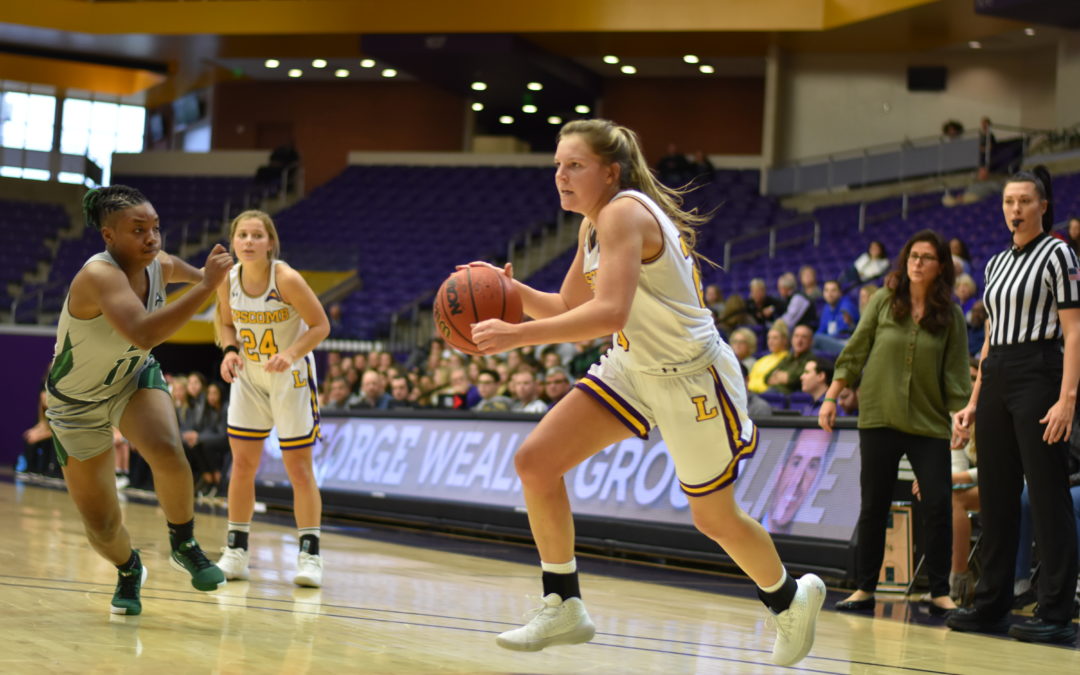 Poor shooting in the second half doomed the Lady Bisons in the first game of Saturday’s basketball doubleheader against the Stetson Hatters, as Lipscomb fell 48-34.

The game got off to an interesting start with a jump ball on the tip-off that caused a re-tip. From there until the end of the half, things were slow going for both teams.

Stetson’s junior forward Day’neshia Banks scored first to give the Hatters a two-point lead within the first minute but scoring dried up from there. It would be nearly three minutes before either team would score another basket.

Stetson scored all of the early baskets, jumping out to a 6-0 lead.

Lipscomb’s senior guard Carleigh Short responded with a three-pointer to open the scoring for the Lady Bisons and started a 9-1 run that gave them a 9-7 lead at the end of the first quarter.

Neither team scored a basket for the first five minutes of the second quarter. The drought ended when freshman guard Kimia Carter scored a two-pointer for the Hatters to tie the game at nine.

A heartwarming moment happened for Lipscomb near the end of the quarter. Sophomore forward Kailey Rosenbaum checked in to a game for the first time all season.

Neither team shot very well in the half. The Lady Bisons went 7-27 from the field, and the Hatters went a slightly better 8-23.

Lipscomb had a 19-17 lead with three seconds to go in a quarter where neither team led by more than four points. Stetson got the ball up the court and junior guard Tonysha Curry scored a layup as time expired to tie the game at 19.

If the first half for Lipscomb was bad, the second was catastrophic.

Three Hatters players had nine or more rebounds in the game as Lipscomb was outrebounded 48-34.

The day wasn’t a total loss for the Lady Bisons, however. The defense played well, stealing the ball eight times and forcing the Hatters into 16 turnovers.

The Lady Bisons will be on the road for its next two games. The team will face Kennesaw State next Saturday and North Alabama next Monday.