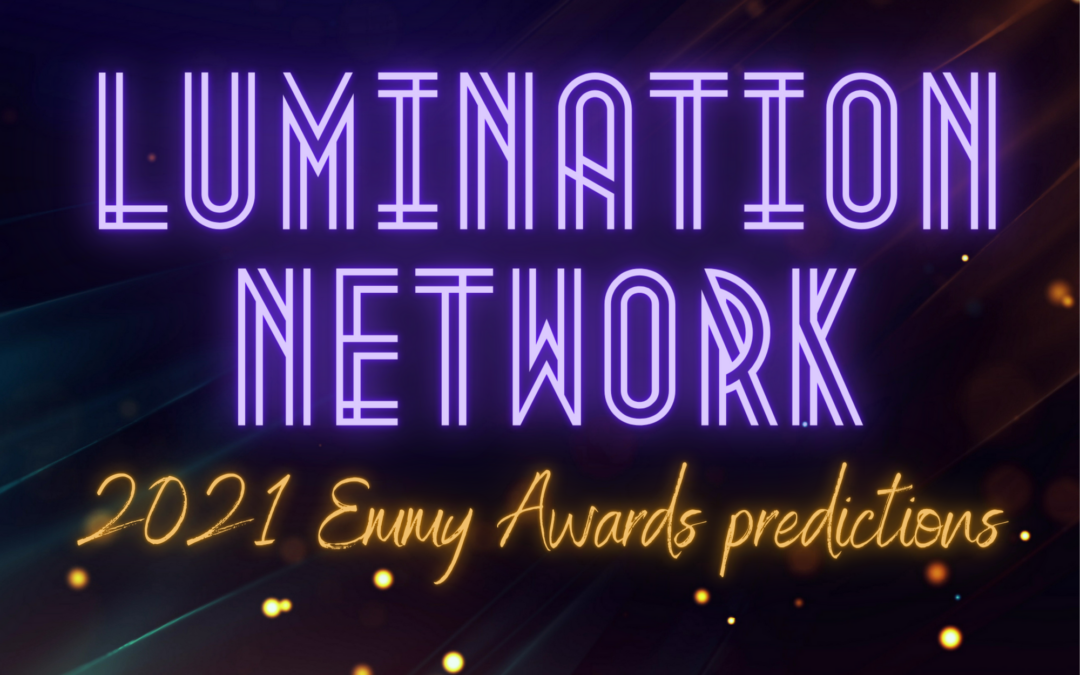 The pandemic’s impact on this year’s Emmy Awards has been abundantly clear. Although there are still favorable shows that made the list, there are some shows on here that may have been given a shot because of the circumstances.

A couple of our staff writers have made their choices for a few major categories below. Be sure to tune into the Emmy Awards on Sep. 19 at 7 p.m. CDT to see how they did.

I can’t lie, COVID has really altered the choices for the Emmy Awards this year, most obviously with “Emily in Paris” making it on the list. I think most critics would agree that no one saw that coming as that show received very poorly and was primarily mocked. However, some beloved shows are still on the list including “Cobra Kai” and “PEN15.” The one that will probably take the cake will be “Ted Lasso,” considering the number of other awards it has already won. “Ted Lasso” is such a fun show that has offered the good comfort of a sitcom in such a weird year to many.

I would be shocked if “Ted Lasso” didn’t win. It has already been an awards-season favorite and it seems to have picked up traction with viewers more quickly than some of the other nominees. “The Flight Attendant” would be my wildcard pick for giving Kaley Cuoco a chance to shine beyond her “Big Bang Theory” years. As long as “Emily in Paris” doesn’t win, I’ll be happy. (Honestly why is it even nominated?).

Lead Actor in a Comedy Series

It might not be the most popular choice but Thompson has really topped the other candidates for comedic acting in my opinion. Of all the talented male comedians, Thompson should be on the radar for this one.

I feel fairly certain that Jason Sudeikis will win this category. Is he the funniest actor? No. But his character, and the show in general, is familiar and accessible. It’s not anything groundbreaking, but it’s lightheartedness is probably what a lot of people are looking for given the year we’ve all had. If I was picking based solely on comedic talent, this would go to Kenan Thompson by a landslide. He has been on “Saturday Night Live” for 18 years now and somehow is still consistently hilarious. If that isn’t a sign of real talent, I don’t know what is.

Lead Actress in a Comedy Series

Despite Cuoco definitely being favored to win with this one, I’m pulling for Aidy Bryant. “Shrill” was one of my favorite shows last year and I hope that Bryant can take this one home, despite being cheated out of the other categories for her self-created show. Hopefully, the final season of this show can win an Emmy.

Kaley Cuoco has entered her renaissance with “The Flight Attendant.” Through this role she has really proved that she can play complicated characters and handle darker material. I honestly never considered her much of a talent (if you’ve seen the movie “Hop” you know what I’m talking about), but she has really proven herself here, and that deserves recognition.

“The Handmaid’s Tale” is a very dark and intense series based on the book by Margaret Atwood. Even though it’s a rare thing, I believe the writers have done a great job and have definitely done the book justice, even extending beyond where the original story ended. From the acting to the story this show should win undoubtedly.

I’ve always thought “The Crown” was a pretty good series, but I’d be lying if I said I didn’t fall asleep halfway through most of the episodes prior to this season. “The Crown” has always had great casts and performances, but a lot of the characters are kind of boring (sorry), that is, until Season Four. Even when the characters were incredibly despicable (looking at you Charles and Camilla), I was still enthralled with the plot. Josh O’Connor, Emerald Fennell and Helena Bonham Carter were particularly fantastic in their roles as Charles, Camilla and Margaret respectively, but Emma Corrin absolutely stole the show as Princess Diana. Her performance was devastating and magnetic at the same time. I’m a little sad she won’t be back for season five as the show jumps forward in time, but hopefully “The Crown” will keep up the momentum it gained in Season Four.

Lead Actor In a Drama Series

I picked Page in part that I really want “Bridgerton” to bring home at least one victory, and I think this might be one of their sole chances to. No matter what reason you watched the show for, you have to admit that man can act.

I have to admit that I have not seen all of “Bridgerton” as I have a certain distaste for romance, but it’s impossible to ignore how he has exploded into public consciousness this year. Page went from complete anonymity to hosting “SNL” in mere months solely based on his success with “Bridgerton.” To everyone’s surprise, he made the bold move to not return for further seasons of the show, which I admire. It’s a big risk to step away from the only thing you are known for, but I admire Page’s creative integrity in that decision.

Lead Actress in a Drama Series

Rodriguez is a perfect choice. “Pose” is such a powerful and dynamic show that has been a great opportunity for Rodriguez to showcase her talent. Her winning this award just makes sense, and it would also mark the first time a trans woman has won an Emmy for a lead acting role.

I’m obsessed. I need more of her as Princess Diana, and it isn’t going to happen, so she’d better win an award for her amazing performance. My fingers are crossed that Kristen Stewart’s Diana will be great in the upcoming movie “Spencer,” but I’m not sure even she could top Corrin’s work. Emma Corrin is simply that good.

“I May Destroy You”

Camryn’s Choice: “I May Destroy You”

This is a tough category for me to choose from given the number of good choices. Although I have to stick with my true favorite, I believe that both “The Underground Railroad” and “The Queen’s Gambit” have great shots to win. Michaela Coel, however, created such a moving and beautiful show about the trials of modern life from social media to responding to sexual assault. This show is a great watch and addresses mental health disorders in a very engrossing manner.

I’ll be the first to admit that I’m not normally a fan of Marvel. I haven’t seen many of the movies, and the ones I have seen were just OK. I really prefer comic book adaptations that are deeper and darker, ones that explore heavier, real subjects (“The Dark Knight” or “Joker” for example) and I didn’t expect Marvel to ever make something like that. “WandaVision” explores grief and unhealthy coping mechanisms in a very honest way, which was a pleasant surprise. I also support how they committed to making “WandaVision” a limited series rather than stretch it into an unnecessary, watered-down franchise. The medium really serves the story here, and it’s an important and relevant story to tell.

“The Daily Show with Trevor Noah”

“The Late Show with Stephen Colbert”

Despite all of these talk series having great content over the past year, Noah’s show has really gotten a lot of the country’s attention. Noah’s social-media presence and the information in his show has made it a go-to for many as they navigate a pandemic and an election season. “The Daily Show” really didn’t hold back when it came to controversial issues and clever jokes, and that what will hopefully win them this title.

I really like Trevor Noah, but for the sake of originality, I’m going with Colbert. Of all the late night show hosts, no one seems to make their guests as comfortable as Stephen Colbert. He is consistently funny, but he conducts the most thoughtful, empathetic interviews that I really look up to, as someone studying journalism. He’s also a great listener which is a skill that is lost on some other talk show hosts (*cough* Jimmy Fallon *cough*) these days.

“A West Wing Special To Benefit When We All Vote”

Unless people really aren’t burnt out on “Hamilton” yet, I think that Burnham will take this one. “Inside” was such a vulnerable piece on loneliness in the era of COVID that did things that hadn’t been done before.

If you didn’t relate to any of “Bo Burnham: Inside,” that probably means you don’t have a mental illness, and that’s really great for you! But for those of us who do tend to struggle, it was a very welcome BAND-AID on the bullet wound of a year we’ve had. I also have to mention that I saw Phoebe Bridgers when she was in town a couple weeks ago, and during her set she played “That Funny Feeling” from this special. It was sad and hilarious and my parents were so confused. Anyways, that might be impacting my choice here, but regardless this was a great special and it should win.

How did they do?

Following the big night, the numbers show that the staffers didn’t do the best this time around. They seemed to be too optimistic in their choices, and hopefully, next time will be better.

“Hamiton” winning probably should have been expected but maybe no one could have predicted that “The Crown” was going to do that well.