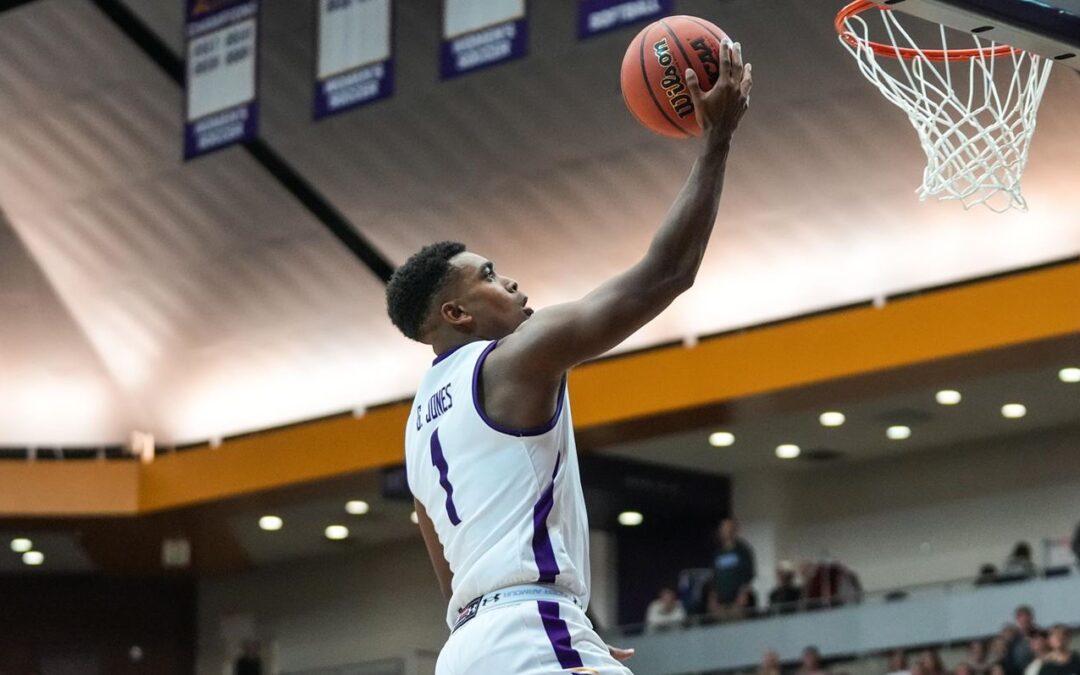 After a home win earlier this month over Division III Birmingham-Southern, Lipscomb improves to 2-0 against non-NCAA Division I opposition. The Knights are members of NAIA’s Appalachian Athletic Conference.

Freshman forward Jacob Ognacevic paced the Bisons offensively with 27 points in 27 minutes, going 9 of 15 from the field and making 7 of 8 free throw attempts. A freshman Valparaiso transfer from Sheboygan, Wisconsin, Ognacevic added 8 rebounds, 3 blocks, and 2 assists for the Bisons. He led the team in both points and rebounds for the afternoon.

Despite 5th-year junior center Ahsan Asadullah not suiting up for Lipscomb due to a minor injury suffered in a loss to Tennessee Tech last week, the Bisons controlled the paint, mostly via graduate student Parker Hazen. The Columbia City, Indiana-born forward contributed 6 of Lipscomb’s 12 points in the paint, ending with 12 points and 5 rebounds.

“I’m happy with the team’s effort,” Hazen said. “Obviously, you look at a stat sheet like this, and there’s a lot of basketball things, but one thing you can’t put on a stat sheet is effort. So that’s something we’ll work towards; obviously, we play a great team on Thursday and [again] on Sunday.”

Effort will be a key against Belmont and Chattanooga, both of which are top-tier mid-major programs and in-state rivals that will test the Bisons more than NAIA side KCU.

“I thought we got off to a really good start in those first five minutes,” assistant coach Tyler Murray said. “We had a little bit of a letdown and could never really regain that start that we had.”

In a continuation of a season-long storyline, turnovers were the letdown that Lipscomb experienced as the game wore on. The Bisons coughed up possession 14 times, leading to 24 points off turnovers for the Knights.

Despite the turnovers, Lipscomb led 41-33 at halftime behind 9 made 3-pointers. Across the board, the Bisons shot 43.8% in the first half to create their 12-point lead at the break.

Kentucky Christian stayed competitive throughout the second half, bringing the deficit back to 12 multiple times early in the second half, but Ognacevic and Jones helped the Bisons pull away with consistent scoring.

Also adding scoring juice down the stretch was sophomore forward Kaleb Coleman, who finished with 13 points off the bench. The sophomore from Orlando had only registered 1 minute of action before today, but was second on the team with 24 minutes against KCU, adding 8 rebounds and 2 blocks to his 13 points on 3-6 3-point shooting and a perfect 2-2 mark from the charity stripe.

“[Coleman] stepped up today,” Hazen said of his fellow forward. “I’m proud of him; he’s a guy that’s in the gym every single day, working.”

“We’ve still got to continue to improve and get better in some areas,” Murray said, “especially with these next four or five games coming up. We’re going to have to really be locked in to give ourselves a chance in the next couple of weeks with the upcoming schedule we have.”

With the win, Lipscomb improves to 5-2 on the season. They play archrivals Belmont Thursday at Curb Event Center on Belmont’s campus, with tipoff scheduled for 7 pm.

That game will be broadcast live on The Bison, Lipscomb’s on-campus radio station.