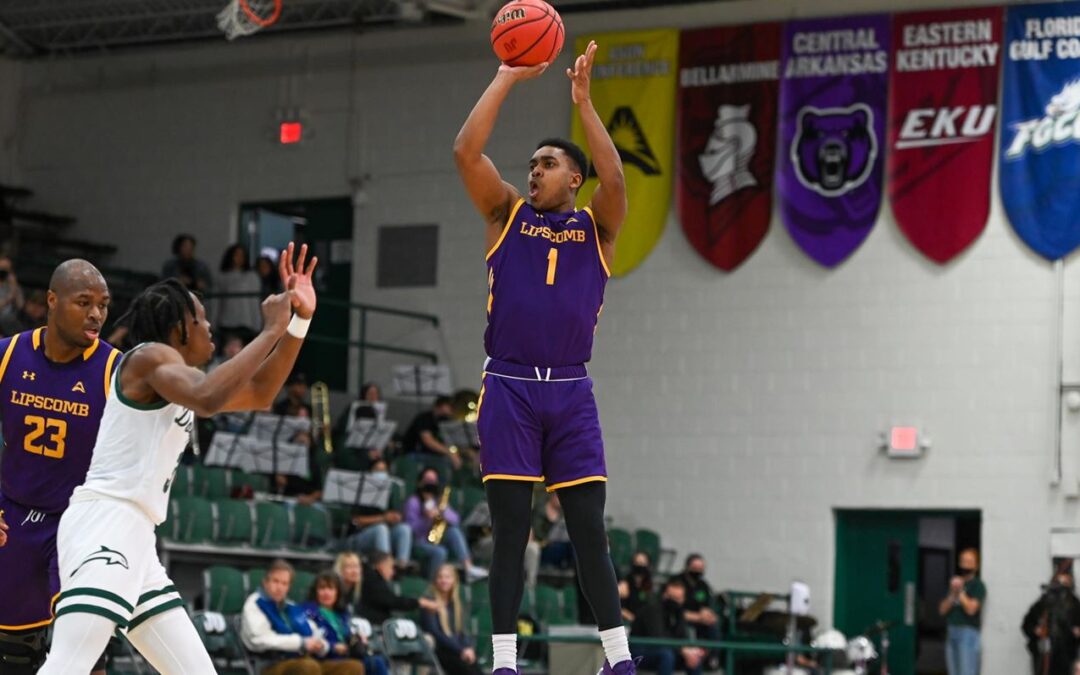 The Lipscomb Bisons fell to the Jacksonville Dolphins with a final score of 66-59 Thursday night at Swisher Gymnasium in Jacksonville, Florida.

Looking to continue a winning streak, the Bisons played tough against a Jacksonville team that had lost their last three games.

Guard Greg Jones led the team with 14 points which included 4 made 3-pointers.

Point guard KJ Johnson and freshmen Will Pruitt and Jacob Ognacevic all scored in double digits as well, each scoring 10 points.  Ognacevic shot an efficient 4-5 on field goals and 2-3 from three-point range.

Ahsan Asadullah, a center from Atlanta, GA, brought in a team high 10 rebounds, 2 steals and 3 assists, tying Johnson for the top assists on the night.

The Bisons led 39-35 at the half thanks to high shot percentages from both the field (58.3%) and from 3-point range (50%).  Lipscomb led a majority of the half with 7 points being the highest lead in that span.

Despite the shooting success in the first half, Lipscomb struggled to convert that same momentum in the following half.

Lipscomb was only able to cash in 20 points in the 2nd half with a field goal percentage of 29.6% and from going only 2-15 from 3 point range.

Jacksonville in return shot 5-10 from three in the half and maintained the lead for the last 14:56.  Junior Kevion Nolan from Jacksonville led the game with 15 points respectively.

The game was very close throughout with 7 ties and 5 lead changes. However, the difference in this close contest was that Lipscomb was not able to score enough in the final moments of the game.

Asadullah cut the lead to 57-56 in favor of Jacksonville, but Lipscomb was only able to score 3 points in the last 6:50 of the game.