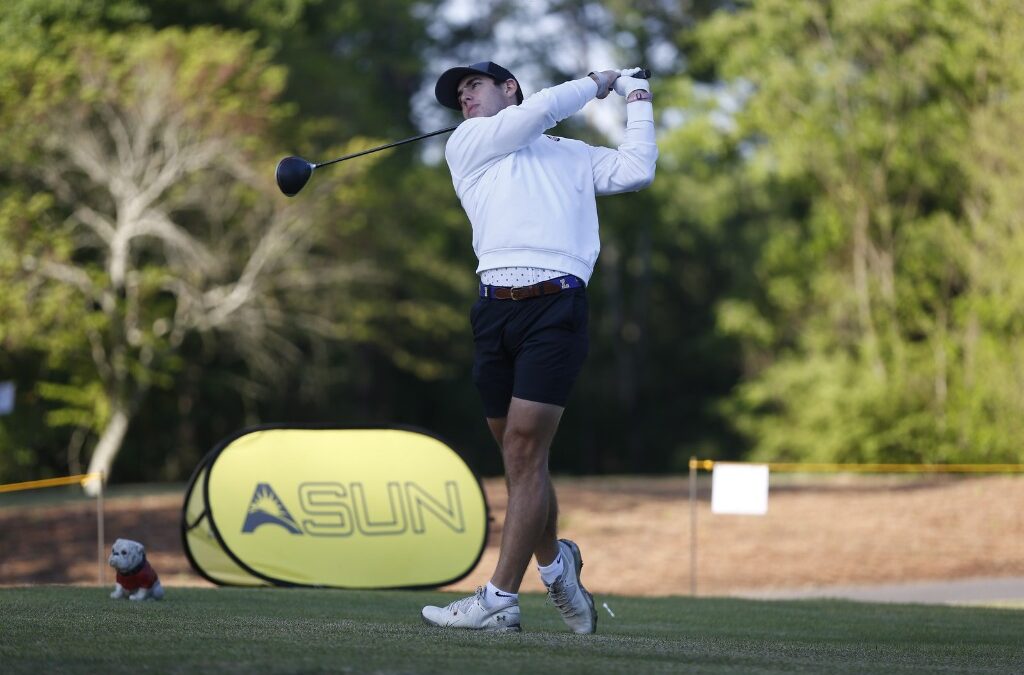 Sophomore golf standout Jack Morris — a Franklin native who chose to stay close to home for his college career — says he is looking to improve his game with the help of some competition from some new faces on the team.

“We’ve got four new guys, two freshmen and then two transfers,” Morris said. “One of the transfers is from Purdue, one of the transfers was D2, All-American, we’ve got a much more competitive team,” adding that competition pushes him to work on his own skills every day.

Morris is something of a hometown boy, choosing to be a Bison over other opportunities for a variety of reasons.

“I chose Lipscomb, partially because the weather is a lot warmer…great business school…and we’ve got a great coaching staff along with a great program,” said the sophomore, who decided to accept Lipscomb’s offer in 2019. Family ties also played a role, since both of his parents are Lipscomb graduates.

In high school, he led Franklin High School to a state championship while also earning the title Williamson County Golfer of the Year.

He was named the 2019 Junior Cup MVP and the 2020 Tennessee Junior Amateur Champion.

Such honors set him apart from those teeing up with him.

College has been different, but he’s embracing it.

“One of the things was playing for a team, not just individually,” he said. “This was kind of one of the things I had to adjust to, but I’m looking forward to this year and making improvements and getting better.”

The team will head to Birmingham on Sept. 27 for the UAB Invitational.