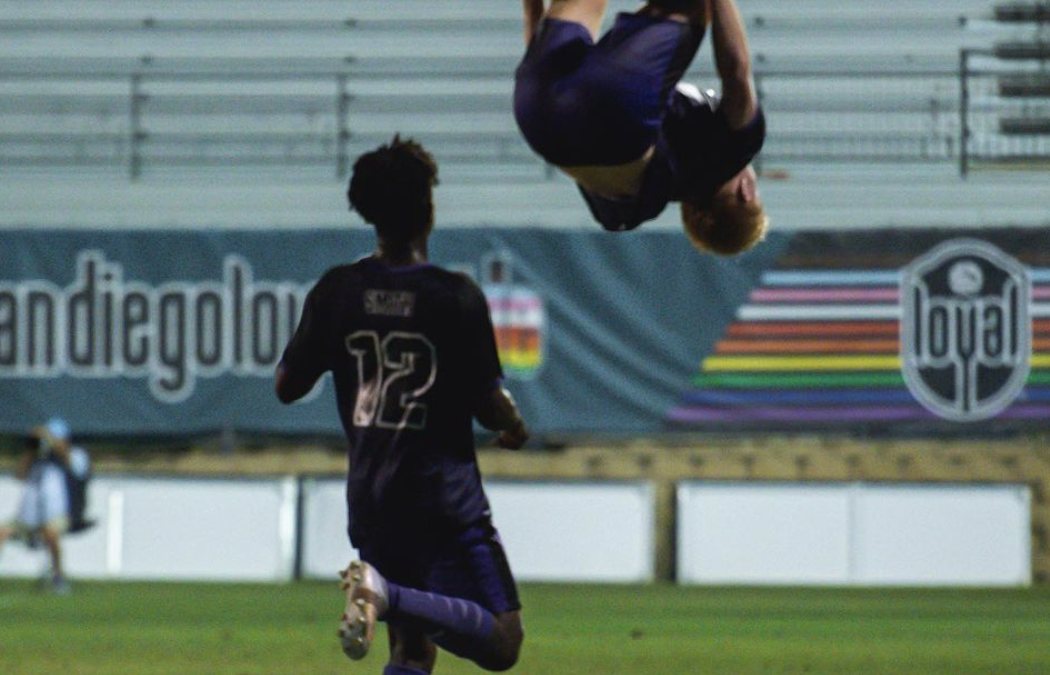 The Lipscomb men’s soccer team beat the University of San Diego 4-0 Sunday night, sweeping the Southern California road trip and advancing to 2-0 on the season. The win was capped off by the defense preventing any shots on goal from USD. Lipscomb entered the game with 1 win and 2 losses in the all-time series.

In the 9th minute, University of San Diego’s Kai Peterson received a yellow card. Lipscomb’s Javanne Smith fired off the first shot on goal, but it was saved by Marley Mascarenas, the man between the goalposts for the Toreros.

Berlin, Germany native Luca Naumann took a large slide tackle that resulted in a foul against USD and a stoppage of play, but the sophomore midfielder was able to get up and continue playing. In the 16th minute, fellow German Scott Gulden put up his first goal of the season off the free-kick from his brother Noah Gulden, putting Lipscomb up 1-0. In the 20th minute, another Germany-born midfielder, Carlo Cavalar, drew his first yellow card of the season. During a 50/50 collision near midfield, USD’s Danny Orozco suffered an injury in the 44th minute; he was able to exit the field under his own power. At halftime, Lipscomb led 1-0 with 6 shots on goal to USD’s 0 shots on goal.

The second half only made things sweeter for the Bisons. A foul on USD’s Ross Johnstone in the 55th minute put in a free-kick for Lipscomb to start the play again. Sophomore winger Javanne Smith scored in the 59th minute off a save from Mascarenas. Sophomore Tyrese Spicer’s original shot provided the assist to Smith’s tap-in, which pushed the game to 2-0 in the Bisons’ favor. Formerly a member of fifth-tier English club Chesterfield FC and a native of Nottingham, England, Smith’s goal was his first of the campaign after bagging four goals as a freshman.

In the 62nd minute, Trinidad and Tobago native Spicer scored on an assist from Bronx, New York native and Cumberland graduate transfer Bakary Bagayoko, bringing the Lipscomb lead to 3-0. Senior left back Louis Robinson put the fourth goal of the night and his first of the season into the back of the net in the 86th minute. The two Nottingham natives on the team combined for the final goal, as Smith delivered the assist.

After a 7-1 thrashing against UC-Santa Barbara, San Diego moves to 0-2 on the year and will face UC-Riverside next. The Bisons return home to Nashville to face Memphis at home on Friday in an attempt to keep their perfect streak alive.