Men’s soccer masterminds a comeback for the ages 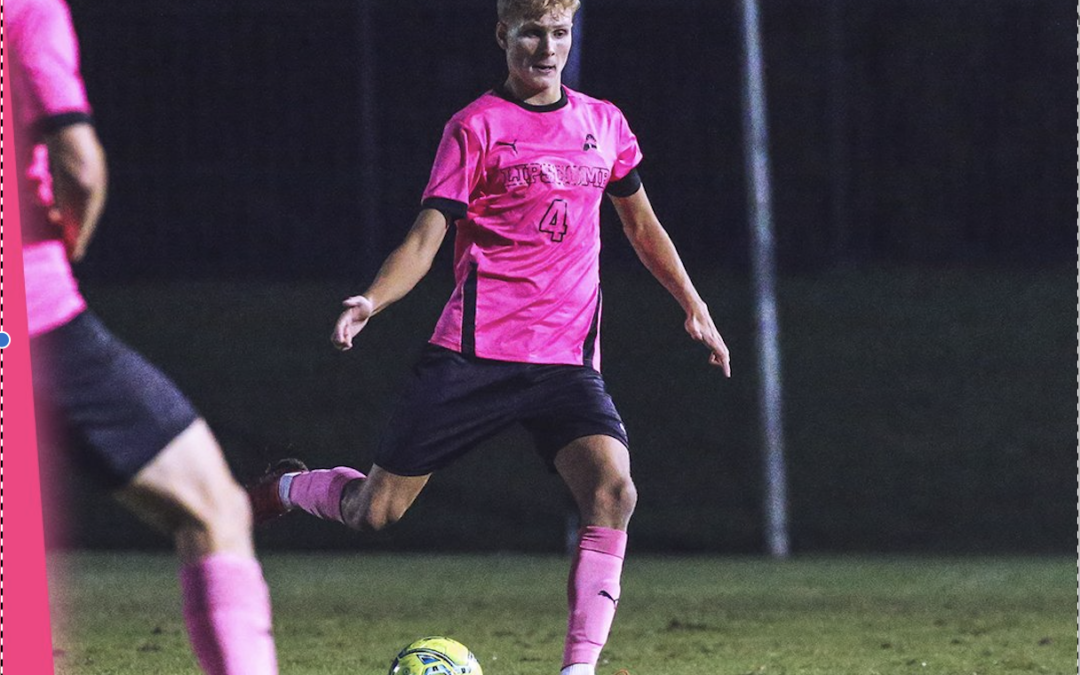 A night in which nothing went right became a night no Bison fan will soon forget in a matter of moments. It took some time, though, for the storyline to develop positively.

Though the Bisons started brightly on paper, they were unable to find a goal in the first half. Five shots and two on frame were unable to beat Eagles goalkeeper Gustavo Vasconcelos, who excelled throughout. The Recife, Brazil, native made two high-quality saves to deny the Bisons in the first 45, and the home side wasn’t rewarded for its attacking exploits as a result.

Meanwhile, against the run of play, FGCU found the opener on a breakaway in the 42nd minute. Trevin Myers received a short goal kick from Vasconcelos and quickly played a deep, high pass to Canadian striker O’Vonte Mullings. Mullings, who came into the match with five of the team’s nine goals on the year, added his sixth of the campaign with a stellar one-on-one strike to beat Bisons goalkeeper Michael Sibley.

The Eagles took that 1-0 lead into the break, and kept the momentum up early in the second half. Mullings created an early opportunity for a second goal in the 50th minute, but Sibley was equal to his effort and kept the ball out. The two sides traded attacking opportunities down the stretch, but perhaps the most important moment of the contest happened off the ball.

At the 78-minute mark, Miles Robinson was issued a yellow card by the center referee for dissent, the second yellow card of the match. Just nine seconds later, however, Robinson received a direct red card for a hard foul. With the momentum and the man advantage, the belief from the home fans at Lipscomb Soccer Complex rose significantly.

Still trailing by a goal, Lipscomb doubled up on their efforts to equalize, sending nearly everyone forward to try and find the goal to send the match to overtime.

In the final 10 minutes, Danish center back Honore Kalala, Chattanooga native winger Hayes Wood, German midfielder Luca Naumann and Nottingham, England-based left back Louis Robinson all tried shot attempts and couldn’t beat the keeper. With under a minute to go, it looked like all hope was lost.

And that was when the magic began.

With less than 20 ticks on the clock, Vasconcelos rolled the ball out to a teammate, who promptly lost possession and allowed Lipscomb to attack down the left wing with Naumann. He found graduate transfer and striker Bakary Bagayoko in the left corner with a chance to cross the ball in one final time. Tremain Sawyers defended him well for FGCU, so Bagayoko played the ball backwards to Trinidadian attacker Tyrece Spicer for the Bisons. Spicer had just enough space to whip a ball into the box at the back post, where defender Scott Gulden found it with his foot and curled an incredible effort across the face of goal, beating Vasconcelos at the upper left corner of the goal.

Gulden’s goal was his fourth of the season and came with just two seconds remaining in regular time, sending the match into its first of two potential golden goal overtime periods. Spicer’s assist, meanwhile, was his third of the year to go with a team-leading five goals.

With that wind in the Bisons’ sails, it always felt like the home team would be the ones to find a winner. When eight minutes of the ten-minute first overtime came and went without a shot from either side, though, the result became much more murky and the threat of a disappointing draw loomed.

A foul outside the box against substitute defender Aiden Jokomba changed everything for Lipscomb, earning a free kick chance from 20 yards away. Naumann, a sophomore from Berlin, saw his opportunity to complete the comeback in fairy-tale fashion and stepped up for a direct free kick. His effort came inches away from being the winner, clanging against the right post and bouncing back into play.

The superhero of the day for Lipscomb took it from there.

Junior midfielder Alejandro Lopez, a native of Heredia, Costa Rica, was in the fray within the six-yard box and latched onto the missed shot from Naumann. Before any Eagles could impede him, the Costa Rican sent the ball into the net and the fans into a frenzy, winning the game for Lipscomb 2-1 in overtime.

Lopez’s path to this match was one filled with adversity, having suffered a leg injury in the first match of preseason against Lindsey Wilson that left him off the field for the first six matches of the year. More recently, Lopez came off an arm surgery to start tonight’s match and wore a soft cast throughout the contest. Ever the unstoppable force, the three-year starter found a will and a way to deliver for the Bisons when they needed him most.

With the heart-stopping victory, Lipscomb improves to 3-2-0 in ASUN play and 7-3-2 overall. The former 18th-ranked team in the nation now shakes off a 2-0 loss to North Florida last week and will take loads of momentum into another away match in Florida on October 23 against Jacksonville.