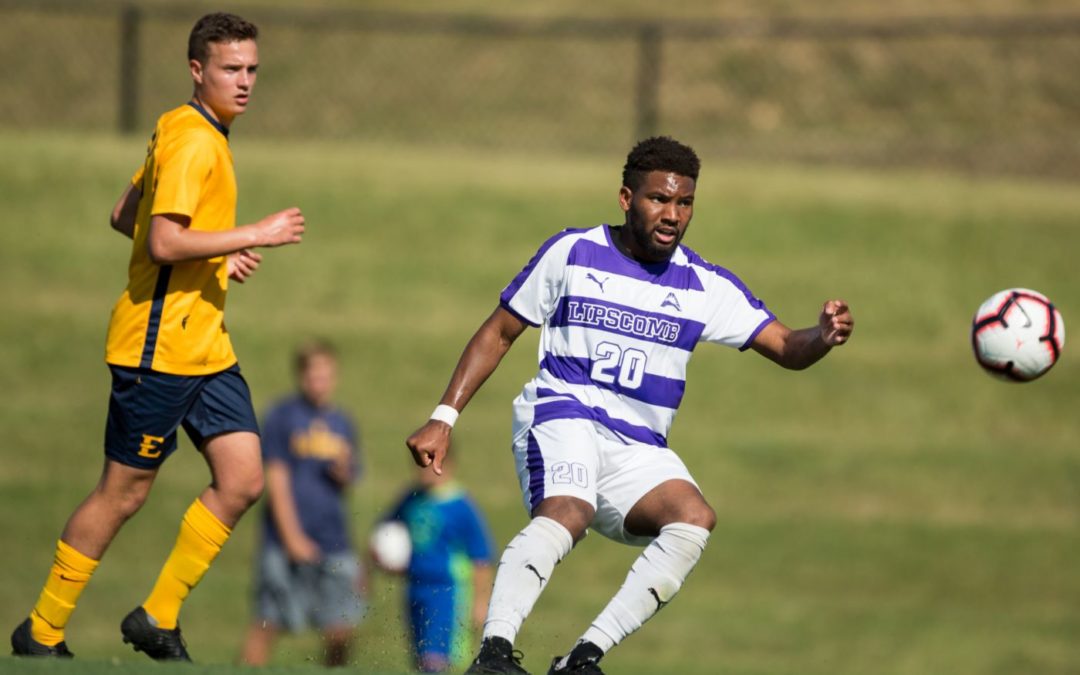 Lipscomb University’s Men’s Soccer team played its second home game of the season against the Evansville Aces Tuesday night at the soccer complex.

The game was really a tale of two halves, with it being relatively close up until halfway into the 22 minute. Lipscomb held possession on the Aces side of the field, peppering off four shots in a row. Then after a couple more missed chances from both sides, momentum shifted in favor of the Bisons.

A fast break opened up for the Bisons with Hayes Wood and Noah Gulden taking advantage.  A great cross into the box from Gulden helped Lipscomb score a goal in the 37 minute making it 1-0 Bison. Hayes Wood put himself in prime scoring position, and all Gulden had to do was feed him the ball.

The Aces would only have another shot in the first half coming from Francesco Brunetti as the Bisons would hold onto their lead.

The second half began fairly well for the Bisons. They would have an early possession on the Aces side of the field and would get off a few shots while having two corner kicks. However, nothing would come of it.

Lipscomb’s backline held up for quite some time in the second half. However, momentum shifted after a couple of errors from Lipscomb on the fast break.

Goalkeeper Michael Sibley would keep the Bisons in the game with his incredible performance up until the 82 minute. The Aces marched their way down into Bison territory and fired off a quick shot with numbers in their favor. Sibley actually made a pretty good save on the shot, but after a bad clearance and a perfectly timed shot on the volley, the Aces had found their way into the back of the net making it 1-1. Sibley was not in a position to save the shot, but it didn’t look like there was much he could have done to stop it.

However, Sibley kept his head up and hunkered down in front of the goal as the Bison would hold on for a well-fought tie after two overtimes.

Coach Charles Marrow for the Bison shared his thoughts on the how the game turned out.

“I thought we had some really good moments,” Morrow said. “When you look at it game by game, I think we’re happy with the progression in terms of how we’re playing.”

This is Lipscomb’s second tie of the season after a long stretch on the road putting them at 1-3-2 on the season. Lipscomb will face South Florida as they prepare for the next four games at home.