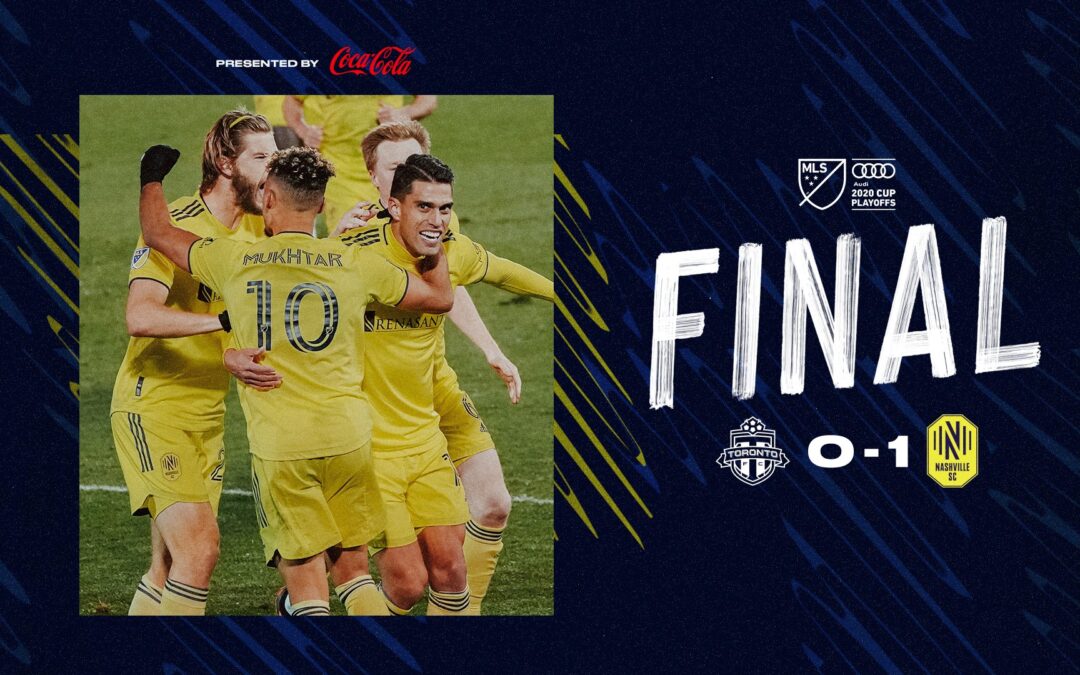 Tuesday night Nashville SC beat Toronto FC 1-0 in extra time in the first round of the 2020 Audi MLS Cup Playoffs. Many did not expect Nashville SC to make it to the playoffs, but after beating Inter Miami 3-0 in the play-in game last week, the expansion franchise, playing in their first year in the MLS, proved they are legitimate contenders for the 2020 MLS Championship.

Against Toronto, Nashville fell behind in the possession battle, controlling the ball only 38% of the time, but proved to be more efficient in their possessions, outshooting Toronto 21-12. Four of those shots reached the back of the net, but three were waved off due to offsides penalties, including two shots by Nashville SC forward Jhonder Cadiz in the 13th and 54th minutes.

After the full 90 minutes of regulation, the teams went into extra time. In the MLS playoff format, the two sides play two 15 minute halves of extra time, followed by penalty kicks if necessary. There is no golden goal in this format.

Penalty kicks would end up being unnecessary as Nashville SC forward Daniel Rios scored in the 108th minute. This is the fourth goal of the season for Rios, but this goal proves to be the most important thus far. After Rios’s goal, Nashville held on for the remaining 12 minutes to clinch a spot in the Eastern Conference semifinals.

Nashville SC will play Columbus Crew SC the third ranked team in the Eastern Conference on Sunday, November, 29th in the Cup quarterfinals. Nashville SC becomes only the second expansion team to advance this far in their first year, following in the footsteps of the Chicago Fire, who accomplished this same feat in 1998.

With only three wins separating them from a MLS Cup, this resilient newcomer is proving, despite the challenges they have faced this year (from Nashville’s devastating tornado to COVID-19 to injuries), anything is possible.